Three Reasons Billy Graham is Definitely Not an “Evangelical”

Billy still holds traditional views of women in the home and church for the most part.

However, according to his daughter, Anne Graham Lotz, Billy and his wife, Ruth, initially opposed women preaching until they heard Anne preach. In an interview with 60 minutes, she said that they “…could see that God had called me and I was where I needed to be.”

Not even Anne considers this a “feminist” position. Yet, it can hardly be considered typical of evangelicalism today. “Masculine Christianity,” a movement of renewed interest in traditional gender roles, especially characterized by female submission has become something of a staple in modern evangelicalism. It has given birth to evangelical organizations such as the “Council for Biblical Manhood and Womanhood,” and is led by people who go so far as to say that housewives ought not “compromise” their femininity by giving driving directions to men in an unfitting way (John Piper, Recovering Biblical Manhood and Womanhood, 50).

While Graham does not deviate too far from traditional views of the nuclear family, not a few in the evangelical world frown on the fact that a female’s voice would carry the gospel to masculine ears. 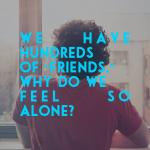 February 14, 2018
Loneliness In The Age Of Facebook: We Have Hundreds Of “Friends,” Why Do We Feel So Alone?
Next Post 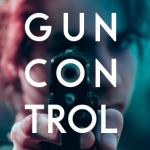