Weapons of Mass Distraction: When People Throw Hate You’re Being Effective at Something

Weapons of Mass Distraction: When People Throw Hate You’re Being Effective at Something September 27, 2017 Andy Gill 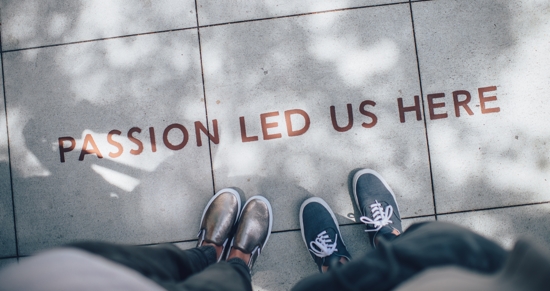 I play a ton of basketball; it’s a huge passion of mine and, as I’ve grown older it’s become a primary outlet for all the -ish that is life.

Although, over the course of years, I’ve noticed playing ball with certain others can be just as toxic as any other destructive type of environments. Instead of leaving these particular courts or simply finding another hobby, I’ve chosen to challenge myself into figuring out how to work around the toxicity of these environments.

You have to first understand, depending on the court you’re dealing with a level of belligerence a sane person would never be able to imagine. Fighting and name calling are normative and the least of your worries; when playing at higher levels the hurting and “taking out” is less blatant; all the while it’s just as prevalent.

This is why “small men” such as Isaiah Thomas, Nate Robinson, Mugsy Bogues or  Spud Webb excel past 99% of any other 7-footer; this game is mostly mental. I tried dissociating from them and, if you play any sport at a higher level you know that being mentally present is key to your success. I tried to fight against it but this took away from my focus and sinking to this type of level didn’t sit right; I tried to become super positive by encouraging teammates, regardless; I tried to resist it but this took away from my energy that could otherwise be used elsewhere…

Unfortunately I didn’t figure it out as quickly; otherwise, I genuinely believe I could have played professionally. The laughs and the voices saying I couldn’t… I gave these too much weight.

“The genetics of Asians are not set for athletics.”

But, what wound up being most effective was simple, while admittedly, it was also the hardest…

My objective was clear: get better and, don’t stop until you’ve peaked.

Five years removed from playing low-level college basketball I reworked my entire jump shot; feeling out what worked and what didn’t work. Then, day after day I repeated the same routine with the sole purpose of automating these shot mechanics. From there I took this into the game and adapted my shot to game situations. My focus was so honed in that I might as well have been wearing blinders.

They, the “opposition,” would want to call this arrogance; while really, they just want me to think lesser of myself. Like anything else worthwhile, a healthy sense of confidence takes a ton of hard work and mental preparation.

Basketball, this game, it’s nothing but a metaphor pointing towards a greater meaning found in life.

It’s the understanding that we, as Christians, shouldn’t feel discouraged by the opposition.

It’s the understanding that the better you are, at whatever it is you’re called to do in this life, the more opposition you’ll face. It’s when nobody is saying anything that you should be most concerned; it’s the clarity to know what encouragement to take, what criticism is constructive, and who’s particular words are nothing but empty distractions.

In the end, when we strip away all of the theological jargon, we’re all just people walking along and within this same struggle, that is life. It’s those of us who are still yet trapped in this framework that we should be concerned for; the ones in which base their value upon these carefully curated systems of hierarchies; hierarchies built to assuage the egos of this “masculine” type of insecurity (not limited to men); it’s an ever so slight movement in their direction that instantaneously derails their masculinity.

It’s this willingness to be called a heretic; to be exiled; to get pushed down, beat up, chewed up, and then spit out[1] only to later somehow get back up; it takes more than faith but, its written off, usually, as an unhealthy obsession to endure and push through regardless of this type of criticism (in some cases, persecution).

We’ve transitioned from resisting to rebuilding…

If you think about it from the manuscripts we have today it seems the apostles (taking after Jesus) spent very little time deconstructing. We see Paul uplifting, mentoring and, essentially, building the impossible.

This is what I love about Jesus: He somehow has shown the world that limitations are nothing but socially constructed illusions. He took 12 men that society otherwise saw as nobodies, empowering them enough to become somebodies, and imparting a message that’s been echoing throughout history and heard, seemingly, by everybody.

It’s too easy to get sucked into the negativity that is so prevalent in this world. It’s too easy to hate Donald Trump; it’s too easy to aimlessly lash out at others on Twitter; it’s too easy to lack class arrogantly rub your win and their loss in the face of others… I’ve fallen short on all these accounts. And, in the end, I’ve always found this was a waste and misdirection of my time and energy.

“Do all things without grumbling or questioning, that you may be blameless and innocent… without blemish in the midst of a crooked and twisted generation, among whom you shine as lights in the world…” – Paul (Phil. 2:14-15)

What’s tough is walking against the grain of things; staying focused on love and understanding. Paraphrasing the words of Paul, simply “pressing on toward the goal…” And, yes, even allowing yourself enough grace to forgive yourself for your shortcomings and constant mess ups.

This isn’t stupidity; this is faith; a faith, in the sense that we’re consciously choosing not to be anxious but, to press forward regardless. A faith in which allows us the ability to somehow hone our energy to focus and hone in on our goals despite the obstacles.

Many times it comes down to perspective: we can choose to look at this as the worst of times or we could choose to see this, simply put, as an opportune time.

We have the opportunity to utilize our church and its resources to add positive and tangible hope into an otherwise hopeless time.

The world, if you allow it and, assuming it already hasn’t, will suck you into its own detriment. You have to fight to keep your joy intact. The thief, he comes to kill, steal, and destroy.

The best way to resist people bringing you down is counterintuitively by lifting them up.

My question, that I’m left with is, what work has to be done in order to progress our church into being that much closer to what Christ intended…?

How have you been able to hone in your energy and easily ignored distractions?

[1] 90% sure this is from an Eminem song; unintentional, but funny. 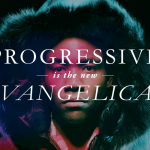 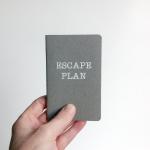 October 10, 2017 Imposing Order Into An Otherwise Chaotic World
Recent Comments
0 | Leave a Comment
"Manipulation and persuasion are not quite the same. Sadly, the first is probably easier and ..."
K Curtis Is Manipulative Worship Okay?
"Pretty nonsensical hermeneutic, since "the Bible" - in the form in your hands in 2021 ..."
KraigDeKompressorKruncha Five Things You Should Know Before ..."
"But if slavery is wrong now, it was wrong in 1776. Or did it transition, ..."
josephPa Redefining the Fourth of July
"Well it's been four years since this blog last appeared. So I checked but I ..."
Bob Shiloh Progressive is the New Evangelical
Browse Our Archives
get the latest updates from
Andy Gill
and the Patheos
Progressive Christian
Channel
POPULAR AT PATHEOS Progressive Christian
1