Why I Still Believe in God

Why I Still Believe in God September 9, 2014 Andy Gill 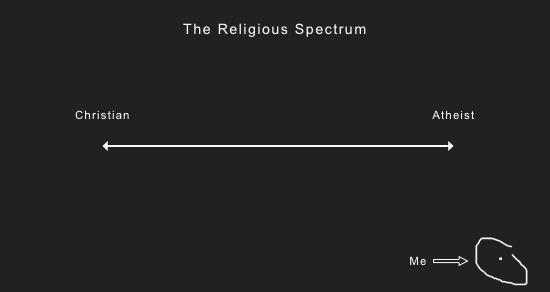 I still believe in God.

With many theistic believers proposing that God exists because our world is unexplainable we’re finding the more we explain the less impact that argument has. I want to admit upfront that this could very well have more to do with my personal needs and given heritage than it does objectively given facts. There is some what of an understanding that my given context has handed me my language, family, geographical location, and therefore my overall epistemology which has greatly impacted my set of beliefs.

Perhaps I am willfully making a subconscious attempt at managing my fear of mortality by continuously deceiving myself into believing God not only exists but furthermore that God is relational and benevolent. Some call this, “terror management,” a theory that “proposes a basic psychological conflict that results from having a desire to live but realizing that death is inevitable” therefore producing terror forcing one to buy into just about anything that would promise them an escape from death and a continuing life of immortality [1].

I would say there is the strong possibility that Sam Harris was right and that we are nothing but “biological puppets” living under an illusion of free will. I’m entertaining the thought that using a basic understanding of physics there is little place for volitional control coming from us as homo sapiens, or rather biological puppets, made up of grey matter that is governed by laws of physics.

Maybe Calvin’s theory of predestination did have some validity to it.

But what I’m saying is that those of us who believe in God believe because there are thousands of factors that are happening, or have happened, to us daily in which we are unaware and unconscious of. I’m not speaking about mystical happenings, but regular everyday happenings that go unnoticed. These factors effect our actions, thoughts, and once again one’s given epistemology.

I admit, I’m treading in dangerous waters combining neurological science, philosophical thought, and a vague [mis]understanding of the nature and character of God. It goes without saying, but I’ll say it any ways: human academia can many times seem to be nothing short of intellectual derelict.

I’m acknowledging that I have, intentionally and unintentionally, been manipulated by others and the laws of physics, and with that I am making as much of a valiant effort [in vain or not] to objectively reason my given circumstances and belief in God.

Putting it plainly: I believe in God because of forces that are outside of my control, although I will still attempt to take and/or have some sense of control.

To me this is a paradoxical means of thinking.

Think about it (because Christian’s usually don’t) if God is omnipotent, omnipresent, possessing dominion and control over everything: ISIS, wrought governments, “Mark Driscoll’s,” greedy billionaires, children dying of dysentery or a lack of basic necessities, etc… Then was not Jesus, a person who was against all of the listed above, a direct negation of His father?

With this, one can see why Nietzsche said this:

“I regard Christianity as the most fatal seductive lie that has yet existed, as the great unholy lie: I draw out the after-growth and sprouting of its ideal from beneath every form of disguise, I reject every compromise position with respect to it—I force war against it [3].” – Nietzsche

This is not even mentioning the detriment of religious institutions, I agree with many atheists and agnostics alike that it is utterly ridiculous to remark that without God there is no morality. The irony and level of ignorance that comes with religious individuals accusing atheists of immorality is palpable, embarrassing, and shameful [3].

But still yet, I believe in God.

Yes, I have hope for a better future filled with equal opportunity, free from a patriarchal oligarchy where justice is had and the presence of Jesus negates the omnipotence of “God.” The only explanation I have is through my acknowledging that my belief in God is seemingly a baseless-fallacy. Perhaps, as Richard Dawkins might call it, “a God-Delusion.”

But I personally like to think of it as a paradox encompassed with hope in which has spurred me forward to actively creating a better world.

[1] With over 400 empirical studies showing this so-called theory to be true, it is becoming less of a speculation and more of socially accepted given. If you haven’t seen it already here’s a TedTalk that’ll give you a quick rundown.

[3] Not to mention studies in which have shown atheists are far more moral than Christians these days.

October 2, 2014 Pseudo-Pacifism: Why Privileged People Love Quoting MLK
Recent Comments
3 Comments | Leave a Comment
"Loved this film - a message we still need! Hope to see more posts from ..."
Herm If You Feel Hopeless Then, Watch ..."
"i understand the feeling eventually i decided to cut out every nonwelcoming person."
Brandon Roberts The Struggle of Calling People Into ..."
"Why do the churches still get tax breaks and housing allowances for clergy?"
Nixon is Lord 5 Legitimate Reasons People No Longer ..."
"well spoken."
Brandon Roberts Does the Reformation Still Matter?
Browse Our Archives
get the latest from
Andy Gill
Sign up for our newsletter
POPULAR AT PATHEOS Progressive Christian
1