Lessons from the river

Lessons from the river January 1, 2013 Sterling 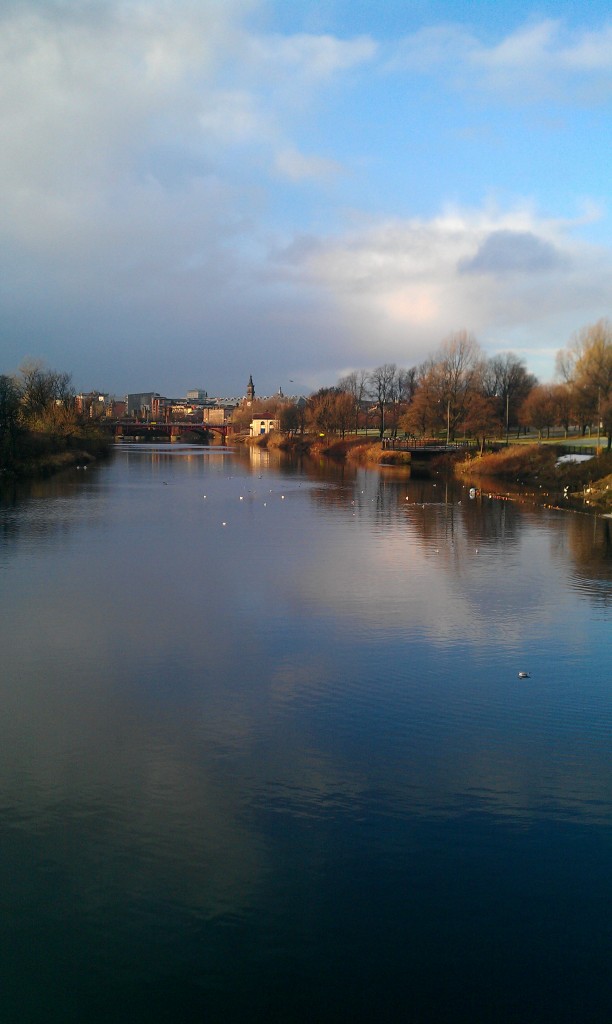 I spent most of my young life living near the ocean. I could never imagine what it was like for people who never saw a beach in their lives, or who called the banks of a large lake “the beach”. To me, the idea that a place where the waves weren’t large enough to surf could be called a beach seemed silly, wrong headed, even. I grew up taking great comfort from the smell of the sea, the blanket of fog in the morning and evening, and the sounds of the waves. So, when I was 29 and found myself far away from the ocean, I learned about another water ally and its lessons. At that time I lived walking distance from the River Thames, and I met Tamesis on its banks.

The river is a place where Goddess teaches me about the flow of time, the nature of premonitions, the ways in which we can work with or against the flow of life. Rivers have spoken to me about the ways in which our lives change, sometimes year to year, sometimes moment to moment. You can be traveling along at a slow and steady pace and then suddenly it all picks up speed and next thing you know you find yourself tumbling in the whitewater.

Navigating a river you don’t know without a map is dangerous, and yet we navigate life with only the flimsiest of guide books. Indigenous peoples all over the world rode their rivers, though, long before maps and guidebooks were around. They learned how to read a river, watch its signs and listen to its voice to know how to ride it and when to get out of the water and portage the boats around dangerous falls. And isn’t that what we try to do with life, as well?

Since those days by the Thames I’ve spent time with a few other rivers, sitting by their banks, walking along side them and riding in their waters in a canoe or kayak. I’m always learning new things. The messages of the river often speak directly to my circumstances at the moment, but sometimes they teach larger truths that take a while to understand.

Here in Glasgow I enjoy walking on the paths alongside the Clyde. There is a lot of history here. Human triumph and pain. Technology and nature. All this history adds another level to the lessons of the river. It speaks to me of the interaction between humans and between us and our environment. It gives another meaning to the notion of change on the river. It’s not just calm waters and rapids. There were shipyards here and then there was urban decay and now there is a conference center and entertainment and the offices of the BBC. This is change in the flow of the river — not of its waters but of its life.

I have two more weeks in this city, and then my life will change again. I can’t quite see beyond the bend, but I hear the bubbles of whitewater. It’s going to be a fast ride for a little bit. I grab my oar tightly and ask Goddess to carry me through safely. 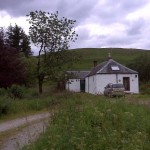 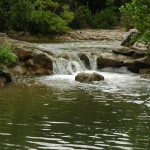 January 3, 2013 Place-Based Practice: or dancing with the one who brung ya
Recent Comments
0 | Leave a Comment
Browse Our Archives
get the latest from
Pagan
Sign up for our newsletter
POPULAR AT PATHEOS Pagan
1

Seeing the Reality of Gods, Spirits,...
John Beckett
Related posts from A Sense of Place