How to be a tourist

This week’s last and final episode of Top Chef set in Juneau had two sections: one set on top of the ice field (the place in the mountains from which all the various glaciers flow) and one set at the Governor’s Mansion. It was a lovely episode. One of the things I really enjoy about this show is the beautiful incidental photography – every city they film looks its best and Juneau was no different. Many of the images the show captured were shots of cruise ships docked down the Gastineau channel, tourists walking the streets, and dog sledding on the ice field. (No one dog sleds in Juneau; that is for tourists or a handful of people training for the Iditarod.)

Growing up in a place inundated with tourists for 5 months out of the year and working in the tourist industry in various capacities has informed (or damaged, take your pick) how I view being a tourist and how I relate to Land and Place.

I’ve seen the benefits that a tourist industry can bring to a small town. Increased revenue from taxes, both corporate and sales, means more money for infrastructure and aesthetic upkeep. My mother tells me a story about moving to Juneau from Australia in the early 70s. It was wooden board walks, rough dive bars, and mud. She said she cried. Fifteen years later, with the growth of the cruise ship industry, Juneau had concrete sidewalks, hanging flower baskets, and cutesy shops downtown. For five months out of the year there are more jobs than can be supplied by the local population. College students come from all over for adventure and work experience. There’s an air of excitement and energy with all the hum and buzz of thousands of people playing outside in the midnight sun.

But there is a down side too. Cruise ships have been getting bigger and bigger and coming in increasing numbers. Some days there are 5 ships carrying upwards of 10,000 passengers (crew and tourists) – that means there are more people on cruise ships than live in the town. Dodging traffic and pedestrians in the tiny  downtown core is precarious at best. The shops downtown look pretty but are filled with things that have nothing to do with Alaska; yet people spend enough money on fancy jewelry and cheap t shirts that these shops can close up for the other 7 months of the year, leaving a ghost town feeling and monopolising store fronts that locals have been priced out of.

And there’s the cost to the Land directly that the tourist industry causes. Cruise ships are nasty pieces of work – from workers’ conditions to dumping waste into the waters of the last sustainable wild salmon stocks. Many of the tourists don’t have any knowledge or interest in the Land; they’re there for fun, hoping to see a bear, and buy a cheap t-shirt.

(I don’t want to insult people who choose the affordably priced, fun-filled, genuinely enjoyable cruises. My biggest issues are with the industry and the culture it fosters. I’ve had some great experiences with tourists. Two of my favorites are the pair of ladies in their 80s, who had always wanted to go to Alaska, their husbands had died and they made it happen for themselves, and the little boy from Bermuda who had never seen snow and freaked out when he saw the glacier.)

If tourist industries are so deeply problematic, how can we be wise tourists? My advice is to get off the beaten path. That doesn’t mean avoiding major sites or cities, necessarily, although that can be a big part of it – but can also have ethical and environmental problems as well. Read a little bit about where you’re going. Talk to locals. Try to stay in places and travel in ways that locals do themselves. If you go to Alaska, almost all the locals are proud to show off their Land and will point you in the direction of companies and places they know and love. Most locals know who isn’t ethical. Word of mouth is everything in a small town.

Now I’m living in a Land that I know in a way that feels only surface. I’ve traveled through Washington my entire life. I’ve lived in the state for a total of 7 years altogether. But I don’t know the Place. In my soul, I’m still a tourist. I feel so daunted at the fact that it will likely take me more than a decade to feel deep intimacy with this Land. Maybe longer. I feel like a tourist in the place where I live.

And none of this essay has even talked about the deeper and more complex issue of being a white person in these lands. Juneau is the place that I know best in the world. I don’t have sacred spaces (outside of the ones I’ve chosen for myself). I don’t have generations of cultural connection. Russians had been in SE Alaska for centuries, but Juneau didn’t have white settlers until the 1880s.  But that’s a topic for another post. 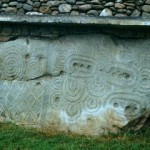 February 14, 2013
Snakes in the Dark: beginning to remember
Next Post 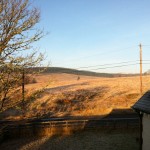 February 18, 2013 The importance of beauty
Recent Comments
132 Comments | Leave a Comment
Browse Our Archives
get the latest from
Pagan
Sign up for our newsletter
POPULAR AT PATHEOS Pagan
1

Intuitive Magic is More than Making...
John Beckett
Related posts from A Sense of Place