Snakes in the Dark: beginning to remember

My feet are bare as I run through the pasture.  Calluses, built over years of refusal to wear shoes, give them a protective layer all their own.  Long, dark hair billows behind me–a knot of tangle and wave. My mind is full of one thought, one intention: Grandma’s house.

I will sit at her feet and help shell peas while she tells me stories.

Maybe she will comb my hair and braid it.

We will sit quiet together, while the wind rustles the curtains in the breezeway and she twiddles her thumbs.

Naked legs and arms hurtle through warm air.  An early morning Gulf breeze stirs the tall grass.  My left foot plants itself upon the soil—rolling forward in propulsion–as I glance down; vision caught by movement not my own.

Across the top of my foot scales undulate, sliding sideways–right and left–smooth yet rough.  Frozen in a moment, I stare. In the consciousness of my five-year-old self,

“She doesn’t notice me.  That’s not right, is it?  She’s supposed to notice me.”

“You are land, child of earth.”

…said the four-foot snake, as she danced across my foot on her way to the farm pond.

Thus began my relationship with snakes.  In this Chinese year of the Snake, which commenced on the new moon of my birthday, I find myself musing on the many vivid encounters, both tangible and in dream, I have had with the serpent.

There was the awesome and frightening moment when I was ten. I was jumping rain-swollen ditches and happened to glance down as I began my leap.  Coiled just below the surface, a robust cottonmouth ready to strike.  I ran for my Grandpa, who chased her with a hoe.  It was she who leapt then…as high as she was long, straight into the drainage culvert.

In my early to mid-twenties I began the long years of intense snake dreams.  The serpent was always the active principle in those encounters.  Often he tried to bite me, but my hand would grasp the head–pulling him away.  Occasionally, he was hunting one of my children, so I put my own body in his path.  Once, the dream migrated in the night—slithering  across space and time to alight in my partner’s mind: the same dream, and the same conclusion.

These dreams progressed along a continuum, from fright at the sighting, to physical encounter (usually biting), to my own engagement by grasping the snake’s body, to finally…. the serpent speaking.  Once he spoke, his next move was to ride me and ultimately to enter my body.

By the time the dreams reached this stage I had grown to love the serpent.  I hid him, when others hunted him.  I undertook the arduous journey up the mountain, when he needed to return to his temple home.  I spoke for him, when others forgot how to hear.  And I myself, remembered…. the ancient voice of the snake.

These stories have more to do with my own psyche, and personal development, than any general theory of serpent worship; however, it does have me thinking about the motif of snakes here in Ireland, both the association with Brighid (the serpent rising from the hole) and the modern Paddywhackery of Patrick driving out the snakes.

It has already been argued (Hero-Feast of Cú Chulainn) that this pernicious story of snakes being driven off the island is rubbish.  Not only were there no snakes in Ireland, the indigenous population certainly never identified them allegorically or metaphorically with pre-Christian religion, i.e., the Druids.

There are; however, Irish words for serpent and dragon: Ollipeist, Péist and Arach, and some native Irish, practicing a reconstructed form of their indigineous religion, honor these representations as the Solar Serpent.

Mircea Eliade, in Patterns In Comparative Religion, argues that the symbol of the serpent was generally seen as threatening, even “life-destroying”, in pastoral nomadic cultures, while in subsistence cereal grain cultures it was seen as” life-giving.”

In Ireland, there was a unique alchemy between the importance of agriculture and a love of cattle and horses.  In this ecological blend, power was viewed differently.  Here in Ireland, sovereignty was bestowed upon a chieftain by a feminine agency—the land under his feet.  There was no sky-god ruling over a divine kingdom, as you find in Indo-European cultures.  Instead, the king married the land and sacrificed himself for her.  The act of marriage, to the female principle, brought fertility and prosperity, and bestowed the right to rule– which tied the king to his specific Place.  He did not strive to be a universal ruler, such as you find in IE cultures.  Instead, the Irish chieftain was literally bound to his Place within the landscape through his vow of marriage.

This difference in the source of power (between the earth and the sky) has been described as “being with” rather than “being above”, and is a distinguishing characteristic of ancient Irish culture.

And one of the powers that sovereignty granted, was the ability to “dream dreams”.

. . . the Serpent Woman, the Daughter of  Ivor…Bride of the Mantle

a woman of the underworld who could suck the soul out  of a man through his lips, and send it to slavery among the people of ill-will, whom there is  no call to speak of by name; and if she had any hidden wish that is not for  our knowing, she could  take  his life out of his body, and nip it and sting it  till it was no longer a life, and till that went  away on the wind that she chased with  screams and laughter.

Fiona MacCleod, By the Yellow Moonrock, The Dominion of Dreams Under the Dark Star 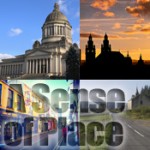 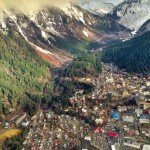