I’m a Pagan because of connection, and continuity and change

I’m a Pagan because of connection, and continuity and change April 2, 2013 Elinor Prędota

I’ve spent all day today in transit: walking, bus, tube, aeroplane. I’m currently sitting in the International terminal at Atlanta airport. “What’s that got to do with why I’m a Pagan?” I hear you ask. Well, nothing, except that it’s its opposite.

Vehicular transport is a peculiarly human experience. No other animal, that I am aware of, creates systems for transport which involve mechanical, social and economic engineering the way that we humans do. If we accept, just for a moment, the idea that ‘nature’ means ‘not human’, then car, bus, train, plane, and even bicycle transport are the opposite of natural.

Now, that’s not a definition of ‘nature’ that I normally accept, but it is one that has a lot of emotional resonance. Sitting in a metal tube for nine hours is one of the most specifically human, unnatural experiences I’ve had; it’s also an experience which, while I voluntarily repeat it, I find very, very difficult to cope with.

My reaction to being in these environments is an extremely concentrated version of that I have to being in an urban environment – even more so than being in a large shopping mall. Everything is new, shiny, ‘modern’ in these places. They are inward-facing spaces, hiding their links to other places and times.

My coping strategies for urban living included not only spending time with non-human beings – both animal and plant – but also visiting museums, and even more nourishing for me, cemeteries. These experiences, spaces and places bring attention to connection and to continuity: how our lives touch and are touched by other lives; how life itself occurs over time, by way of small and large changes which – however dramatic they may be – yet still have their roots in what has gone before.

For me, that knowledge is what makes life in these hyper-human environments we have created bearable. 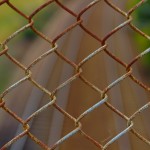 April 2, 2013 Questioning Fences
Recent Comments
0 | Leave a Comment
Browse Our Archives
get the latest from
Pagan
Sign up for our newsletter
POPULAR AT PATHEOS Pagan
1

Ancestor Work
I’ve seen a lot of talk about ancestors and ancestor work recently,...
view all Pagan blogs
What Are Your Thoughts?leave a comment
Copyright 2008-2021, Patheos. All rights reserved.
error: Content is protected !!