The conversation here and elsewhere at Patheos Pagan on how fiction, stories and popular entertainment relate to our sense of place and spirituality has been rich and provoking, and I’m reluctant to move to more parochial concerns, but I have to tell you, the facts of last weekend are quite sufficient for me.

To start with, a week of feeling out of sorts culminated in excruciating abdominal pain, which the locum GP diagnosed as ‘grumbling appendix’. A couple of days later, when that was calming down, I had an anxious few hours when I thought my dog might be developing a torsion — two years almost to the day after our beloved Bella finally succumbed to the same condition.

Then, at midnight the same night, my general tiredness and upset led me to making the mistake of trying to break up a dominance fight between my two dogs: one mistimed hand movement later, and I have a puncture wound in my left hand and an attack of hysterical shock. The wound’s still healing a week later. And all of this while my partner was on the other side of the world.

But what has this to do with sense of place? One word: distance.

For those of you who don’t know, I live in an isolated rural location. The nearest doctor’s surgery and veterinarian are 15 miles away; the nearest emergency hospital is 33 miles and takes an hour to get to. Thirteen years ago, I was relatively fit, healthy and strong. I could wrangle dogs with ease — including picking them up and putting them in the car if necessary. I was sharp-witted and calm in a crisis.

Now, as my fibromyalgia worsens and middle age sets in, I’m not longer fit, nor healthy, nor strong. Living here in the middle of nowhere, relatively speaking, is still fine day to day, but my weekend of medical drama pulled me up short. This time, I was lucky: my appendix calmed down, instead of getting worse; my dog didn’t have a torsion; I had the knowledge and materials to clean and bind my hand. Next time, I might not be. Suddenly, I can see the appeal of town and city living.

To be sure, there’s nothing inherent in living rurally that has to mean I’m distant from sources of help — it’s the effect of how things came to be arranged in Great Britain with the mass movement to cities that happened during the industrial revolution, along with the centralisation of services, under the name of ‘rationalisation’ and ‘efficiency’, which has been gathering pace since the 1980s. But it leaves me feeling vulnerable and anxious in this beautiful rural environment, as well as calm and free.

Part of this is the privilege that comes with living in a G8 country with, still (just about), a free-at-the-point-of-delivery, universal health service, at the beginning of the 21st century. Past generations lived with the constant possibility that illness or injury could not only severely limit, but even end life, regardless of their class, income or location. Even a cold could be fatal.

The wealthiest people in the most ‘developed’ societies around the world (and if you’re reading this on your own hardware, this means you) have the benefit for the most part of lives safe from sickness, injury, wild animals and weather. In exchange, most of us live with the dangers of densely-packed living: higher exposure to chance of burglary and assault, simply by virtue of the numbers of people around, and the sickness of soul that so many Pagans feel in urban environments.

Living in the country cured me very quickly of any romantic notions I had about the bucolic idyll, but it has never been so clear to me before that by freeing myself from urban malaise, I have left myself open to much more direct, immediate risks to life and limb. Awareness of and alertness to my environment is not simply a spiritual practice, but a daily imperative. 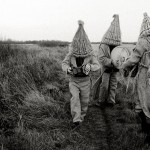 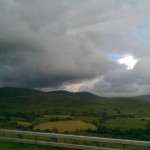 May 28, 2013 What Are These "Seasons" You Speak Of?
Recent Comments
158 Comments | Leave a Comment
Browse Our Archives
Follow Us!