There is a story that I’ve heard a few times about a little boy born and raised in Nazareth in Israel whose parents were from Russia. Like many toddler children of immigrant parents, he spoke his parents’ native tongue as well as the Hebrew, so when the family went back to Russia to visit the grandparents, the little boy had no trouble communicating aside from a slight accent that was doubly cute in a three or four year old. One day, while on that trip to Russia, the little boy was playing in a park. He noticed an old woman sitting on the bench crying, and being a very nice little boy, caring and empathetic, he walked up to the strange woman and asked her what was wrong.

The old woman continued to sob as she told the little boy how horrible life had become, how unbearable. No one loved her, and there was no one to take care of her. Her children had grown up and moved away. They never called any more, they never came to visit. Her husband was dead. She had no more friends to spend time with. The State had collapsed and her pension money was not even close to enough. She had worked so hard when she was young. She had tried to do the right things, but now she was poor and alone. God had abandoned her and no one loved her at all.

The little boy listened to the old woman’s story and began to cry with her. He put his arms around her and said, “You aren’t alone. I love you!”

The old woman sniffled and smiled. How sweet. The little boy was trying to make her feel better.

“What is your name?” She asked.

“You have such a sweet accent,” She said, cheering up. “Where are you from?”

“Nazareth, in the Galilee,” he told her.

And again the woman broke down in tears. She grabbed the little boy up in her arms and said, “Thank you! Thank you, Father, for sending Jesus to show me your love. Thank you for not abandoning me. I see that you are always with me. Thank you!” 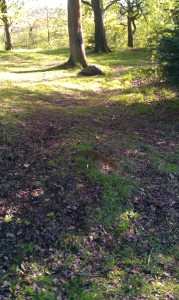 I love this story so deeply, I can hardly express it. Whether the story is at all true or not, I do not know. It’s certainly plausible. I’d like to believe that it is absolutely true, because if it is, despite what some people may think, this story is as solid a proof as any that this woman’s God really was caring for her.

Sure, young Joshua in this story is just a little boy, a little Russian-Israeli, fully human boy. He may have been Christian, as there are many religiously Christian Russians who live in Israel and Nazareth is a mostly Christian town. But it’s just as likely that his parents are religiously Jewish or completely atheist. It doesn’t matter one bit. For this moment, the boy was an ad hoc angel. He was in exactly the right place at exactly the right time to give this woman hope. What are the chances?

This past weekend a stranger walked into the small secluded grove where I was sitting in meditative awareness. He stopped, looked down and said, “You look like you’re meditating!” and then he sat down to have a chat, as if that was exactly what one ought to do when one comes upon a meditating person in a secluded grove on a sunny Sunday afternoon. And yes, I know full well that this man was human and absolutely normal, but he had some key things to say at key moments. When he said what he was there to say, he got up and continued on his way, leaving me alone with the birds and the bunnies and the squirrels again. He was, in that moment, without even knowing it, an ad hoc angel. 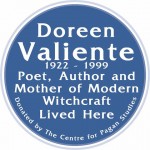 July 5, 2013
The puzzle of the Mother of Modern Witchcraft -- a village witch who lived in a tower block
Next Post 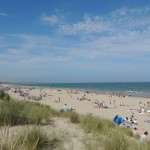