Communication 101 (for witches and others): toward Place speaking

Communication 101 (for witches and others): toward Place speaking July 11, 2013 Traci

I had planned to write about cycles, after attending the recent International Conference on the Ulster Cycle in Belfast (notes are going up on my blog) they were on my mind; however, the on-set of summer weather here in Ireland has me outside not wanting to focus on anything, so my thoughts, such as they are, have shifted toward communication and pre-modern cycles of storytelling.

I will preface this sun-fueled ramble by admitting my scant contact with the “pagan” community, or other witches.  There was a time I more regularly engaged the wider ‘community’, and attended public ritual and gatherings, mostly due to my involvement with their organization and facilitation, but for the past several years, as was the case prior to my ‘discovery’ of paganism, my spiritual practice (if it can be called that) is accomplished quietly, and on my own.  I fancy people meeting me on the street for the first time have no idea of my spiritual leanings (I am a glamour Jedi), and I suppose I prefer it that way.  Being cut-off as I am from the wider “Paganistan” I can’t speak knowledgeably about communication in that context.   What I will speak about, and what I think this meandering post may end up being about, is how communication is important–even in summer (or perhaps not).

There was a time, not long ago, when information was shared by word of mouth because most of us were illiterate.  That word leaves such a nasty taste in the mouth, doesn’t it?  It conjures varied images, from gross ignorance to cruel acts committed by those same ignorant individuals.  I don’t like those conjurings, so let’s make our own reference phrase, shall we? (this may be redundant, as scholars who also ponder such things may have beat us to it.) Ok, let’s begin again.

There was a time, not so long ago, when information was shared orally, when we were all other-minded, and animately-literate.  We saw the world in pictures.  A tapestry of sound, vision, taste, texture–all woven into a whole.  During this time my vocal sounds blended and joined the vocal sounds of the other animals that lived around me, along with the verbal sounds of the wind, the trees, the water.  All auditory stimulation combined to communicate something to those of us who listened.

My ancient ancestress would have been acutely aware of the water listening to her.  The rain that fell outside the house heard her mumblings and hummings, her murmurs and sighs.  The water paid attention, and knew.  The trees also.  They looked in on her through the door opening and heard her speak words out-loud to herself, or to her children.  They listened, and knew.  Oh, how careful was she in what she said.  How deliberate her choice of word and phrase.  All of the animate, living World was listening.  What would they think?  What might they do?

During this time of animate-literacy, information was shared from human to human by way of Story.  These beautiful mnemonic techniques, used to pass important knowledge, allow for abundant creativity and ingenuity.  Shared around a toasty fire, over a hearty meal, they were comforting entertainment and essential reminders.  Yet most of the world’s indigenous population told these sacred stories, which very often involved warnings and wisdom about the natural world, during the winter.  This choice may seem purely pragmatic, after all, what else was there to do?  It was dark and cold and we were all indoors, under a skin flap or wood hut.  Ah…but let’s not be rationalists, it makes the world ever so Cartesian. Why else might winter have been the time to share stories about the living world?

The world was asleep!  The tree who peeks her knowing eye into my hut during summer, sleeps deep within her trunk in winter.  She does not hear the warnings shared about her nuts and leaves, thus the humans do not offend her.  She rests, and we respect her by not gossiping within ear shot when she wakes! Yes… I like that notion. We do not tell stories in summer, when all the world would hear, out of respect for those persons listening. Besides, there is LIVING to do in summer (well,unless you are in Texas–my home–but that’s another story).  This idea of a story-telling time of year is seen here in Ireland where it was taboo to tell stories between Bealtaine and Samhain.

So, we communicate in order to share valuable information, to pass on customs, express affection, request help, process emotional pain, and pass the time.   All those are important reasons to communicate, but it seems what I want to say has nothing to do with that.  Rather, I seem concerned with HOW we communicate; namely, with respect.  As a witch, I work with the natural world as both part and parcel.  I am the natural world. I am one with it, and I am a component of it.  Just as I hear the Raven call, perched high in our native scots pine, she, likewise, hears me.  Just as I hear the west wind sing in the tree tops, he, likewise, hears me.

Mutual respect and strong relationship are important to my work and life as a witch, and as a human.  I need a harmonious relationship with the elements.  What in the world would the north wind think if she heard me bad-mouthing her!  Goodness!  She wouldn’t be any more desirous of working with me than I would if I heard a friend gossiping behind my back!  And let’s not forget the rain!  He eventually winds his way back to the ocean, and I certainly would not wish to offend Her!  A wise witch minds her words and communicates to ALL beings with respect and courtesy; not speaking more than is needed, and remembering the wisdom of the ancestors – some secrets are best woven into Story, and those Stories are best shared when the world sleeps.   sssshhhhh 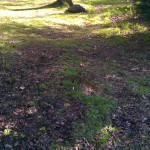 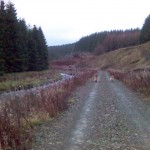 July 12, 2013 How a valley in Scotland changed my theology
Recent Comments
148 Comments | Leave a Comment
Browse Our Archives
get the latest from
Pagan
Sign up for our newsletter
POPULAR AT PATHEOS Pagan
1