Genital Mutilation: a question for the modern-day animist

Genital Mutilation: a question for the modern-day animist July 18, 2013 Traci

Ireland is in the grip of a heatwave. Temperatures hover around 25ºC, even up to 30ºC in some places (that’s 77-86ºF), and the sun shines, cloudless, in the sky. The plants in our garden are not used to this type of heat, or lack of moisture, so I have been watering. While out tending the beds and deadheading roses, I contemplated trimming back several other flowers, in the hope of spurring new growth and a second round of blooms. It was in that moment of contemplation and meditative stillness that my mind was flooded with:

“Don’t cut off our genitals! Those are our potential babies! Don’t make us start over!”

You see, this is the sort of thing that happens once you become an animist; all the bloody world is a living person and worthy of respect!

With the passage of recent draconian abortion legislation in my home state of Texas (as well as here in Ireland), and the massive push by Americans United for Life to pass similar restrictive bills in other US states, the issue of reproduction and reproductive-rights is on my mind. I am also preparing, at a soul level, to be with a friend during her initiation into Motherhood, by serving as her birth and postpartum doula. So babies, birth and life are swirling in my consciousness.

I’ve also always considered myself a caretaker of the place I live, and strive not only to do no harm, but to improve quality of life. This usually manifests in my use of natural, nontoxic products; water and soil conservation measures; and caring for wildlife that may visit my garden. Yet I also think of aesthetics–namely my own. My mind drifts to cottage gardens with profuse vegetation, riots of color, and winding paths: a place of tranquility.

Yet here we are, in a gorgeous summer, and my flowers are screaming at me! Err….wait. If all that exists lives, and all that lives is worthy of respect, aren’t flower-persons equally worthy of respect and self-determination as human-persons?  Can I even think of them as, ‘mine’?

As I mull this over, along with my own pro-choice stance on abortion, I am forced to ask myself: who is entitled to self-determination? Human-persons are entitled to it, as we perceive ourselves as conscious beings engaged in relationship-building.  Yet, we are not alone. Science is finally catching up with indigenous knowledge and re-confirming the consciousness of many other animals, and that even plants engage in relational behavior.

It would seem all beings are entitled to self-determine; which also means we ought not objectify them.

When I impose my ethics onto another human-female, concerning her reproductive decisions, I objectify her. Likewise, when I determine which plants are allowed to live in my garden, or which can reproduce, I objectify those plant-persons. Worse still, I commodify them. They become mere objects within my control; a heteronomous existence infused with duress.

Yet death is part of life, even in an autonomous living world. Our survival, as with other complex organisms, is dependent upon death. Depriving another living person, be they plant or animal, of their self-determination by taking their life is part of our species’ survival need. I could wax lyrical about a romanticized past where we, like our privileged white European invention: the Noble Red Man, ritually honored the other-than-human persons we hunted, thus showing respect, and engaging with the world holistically, as we participate in the cycle of life and death, but I won’t diminish the issue with such a fantasy.

The truth is, human-persons have lived more holistically in the past, but they have also been just as they are now: sometimes oblivious, sometimes lazy, sometimes careless, sometimes poetic, and sometimes wondrous. What we have not always been is modern, and on the path of a technological, capitalist-fueled modernity where both cultural commodification and the commodification of nature are common place–so much so that I doubt most of us realize when we are engaged in it.

If I hold respect and self-determination as ethics, and I perceive the living world around me as full of other-than-human persons with their own conscious awareness and unique cultural expression, then how can I act upon them in ways that subject them to my will and values, at the expense of their inherent right to self-determination? I can’t, unless I am still living under an anthropocentric worldview.

How might I, in this modern capitalist civilization, live more inline with ‘pagan’ ethics?

I might intentionally shift my thinking about the right of nature to exist, as it chooses. If I build a house, I might incorporate the natural world, instead of bulldoze my way through it. I might become carless, choosing to bike or walk, thus reducing the pillage of nature’s resources. I might consider buying less generally, which begins a profound shift of my well-programmed mindset– that ‘objects’ and ‘stuff’ are commodities and wholly separate from me.

The more important question to ask ourselves, as conscientious members of a global community of living persons, is whether our actions and choices are driven by necessity or want. 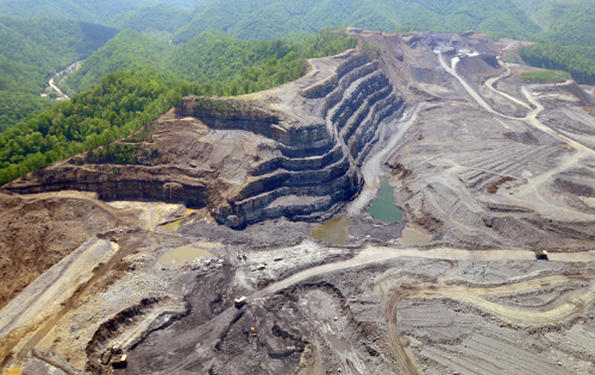 I would venture that most of these are wants, mere conveniences that don’t make our lives more convenient. Their acquisition demands we work longer, not less, and they add a layer of complexity our psyche struggles to integrate, thus fueling the global epidemic of stress related illness.

I’m not here to answer these questions, they are ongoing, but I can tell you this: as I stood in my garden, with these arguments running through my mind, I put away the clippers. Who am I to make such choices for another living person.

Awe for the natural world’s wonders is one of the initial religious responses, and one of the ways we see the ‘all’ reflected back to us, disrupting our perception of exceptionalism. ~ JM 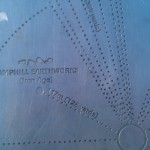 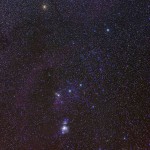