Stories of Gods and mortals: myth and Pagan practice

This is the second of my posts prompted by Christine Hoff Kraemer’s book of Pagan theologies, Seeking the Mystery. In the second chapter, Kraemer’s focus is on myth and its place in Pagan theologies as a source of inspiration, but also of confusion, cultural misappropriation and dogma.

I’ve written before about how the land here, its seasons and its weather are intimately connected with the ancient stories of the Cailleach, Oengus and Bride, handed down to us in their most popular form through the work of Donald Mackenzie in his 1917 book, Wonder Tales from Scottish Myth and Legend.

But that isn’t where my relationship with stories of Gods and their lands began. Like so many contemporary Pagans, my first introduction to the stories of Gods came through Ancient Greek mythology. When I was in primary school, we did a lot of project based work. One of my projects, when I was 9, was on “Tales of the Stars”, retelling the stories of the Greek myths, and how they related to the constellations in the night sky.

This was the first Pagan pantheon with which I ever felt a strong connection. Their stories were embedded in me through my classical education. Despite the fact that I’ve never been to Greece, do not know their lands or the descendants of their people, their stories affect me emotionally in ways that the stories of Britain do not.

Although my outer practice is consciously and primarily place-based, the Greek Gods still speak to my heart, and my heart still calls upon them in moments of need. To whit:

It’s summer, 2011. I’m out walking the dogs up in the woods. Our younger dog, Misha, is still highly excitable, and manages to slip his lead. He’s fast, and I’m slower than I used to be. He also thinks that ‘chase’ is a game, and hasn’t yet learned ‘stop’ or ‘stay’ or ‘come here’ or any others of those really useful commands.

And he’s a smart dog. He runs towards me, then runs away again, evading every trick I can think of. We are on the edge of a forest that is reputedly the size of a large city, and I am frantic to get him under control lest he run off and get completely lost.

In my panic, I call upon Artemis – huntress and lover of animals – for help. I seek to make a deal with her. If she enables me to capture Misha, what does she want from me in return? She asks only for venison, and as that is well within my ability to provide, the deal is struck. With a grateful heart, I renew my efforts, and Misha is back on the lead within 10 minutes.

Later that week, I go to the butchers and buy a venison steak. I walk out into the forest and leave it for Artemis, and for the creatures which are her earthly avatars.

I did not need to know the stories of Artemis in order to call upon her. Although Greek mythology is part of my make up, I consciously remember very little of the tales regarding her. If I had known her love of deer, I might even have been sceptical of her request, as it requires one to die.

But the stories which I learned and knew so well in my childhood formed the foundation and structure upon which my simple, heartfelt request could rest. I did not need formal language or elaborate ritual.

My relationship with Artemis, although dormant for some time, was already strong enough to bear the weight of my momentary need, and I could meet her where I was – not on a sun-drenched Greek island, but in a dreich forest in southern Scotland.

I was also raised with the stories of Christianity, but once I no longer accepted the basic premise of that faith – that human beings need salvation from sin – those stories lost their spiritual power, and their emotional resonance.

The Gods of Pagan mythologies are involved not in an elaborate theology, but in an interweaving of tales of basic human-like needs, urges and relationships – sometimes mapped to land, weather and cultural practices. And those are things I will continue to be able to relate to, regardless of theology, for many years to come.

If you want to read the chapters along with this blog series, you can buy Seeking the Mystery from Amazon: UK link – USA link – Canada link 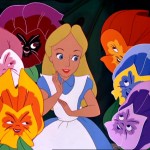 July 18, 2013
Genital Mutilation: a question for the modern-day animist
Next Post 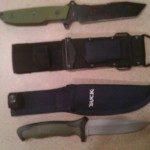