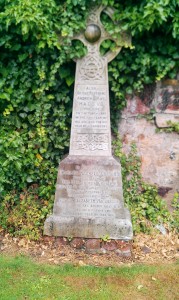 Some people think that graveyards are spooky. I find them fascinating places of deep spiritual significance. Of course, they have spiritual significance from the perspective of facing mortality and one’s own eventual demise, but I also see them as places for connection to those who have come and gone before us.

When I was in my twenties, I spent a lot of time exploring old Central American graveyards looking for clues about the lives of “New Christians” and secret Jews. I was looking for the carved symbols that other historians and anthropologists had already documented as signs used by the secret Jews to identify themselves: six petalled flowers, seven branched tree twigs and the like. I wasn’t there out of any sense of spiritual connection but always felt one, just the same. The people who had lived their lives, passed on, and been buried in those graveyards seemed to me to be just on the other side of some veil. Their voices were not audible, but the sensation of their presence was palpable in those places.

When I lived in Stoke Poges in Buckinghamshire in England, I often visited the medieval church and its graveyard. The place was thick with history, from the graves of members of the Penn family to the graves of a family with the same last name as my father. I would sometimes stand by one line of graves with that family name wondering if these people were ancestors or distant cousins. What would they think of my presence in their village nearly a hundred years after my father’s line moved to America?

Later, in Maidenhead, Berkshire, England I lived right across the street from a church and its graveyard. I felt more cautious about spending time in that graveyard. Whenever I walked in there I felt as if I were somehow offending the religious sensibilities of the place, not only for not being Christian but for going so far as to be a Witch! I never felt afraid or spooked out, but I certainly didn’t feel welcome on those grounds, so I kept myself mostly to the non-hallowed side of the fence.

For those who believe that all that is left of a person on Earth after death is an empty shell, it may sound strange that I have such a sense of the presence of spirits. I do agree that the body itself is just an empty shell after death, and I also believe that in most cases the spirit of the person moves on to a different place soon after. But I have a strong suspicion — I wouldn’t quite call it a belief — that there is some part of a person which stays behind on Earth for a very long time after death. Some part of a personality may stay with the grave as a way to continue to connect with the living world, maybe because they do not wish to leave the physical body behind or maybe because of the old advice to lost children to stay where you last saw your loved ones so that they can come back and find you.

Some people believe that after death a person becomes fully aware of the true nature of the universe and no longer holds any of the false notions that we carry around during life. I think that perhaps that part of the person which truly moves on may become less muddied by the confusion of our level of reality, but that the part(s) which stay here so close to the living are still as separated from the Whole Truth as we are, or at least quite nearly so. This may lead to a similar sense of religiosity in the local spirits of the dead as were in their living selves.

As I’ve gotten older and learned the skills of the psychopomp and the medium, I sometimes find those voices are less muffled than they were back in Guatemala and El Salvador. I’ve had a few alarming experiences of connection at grave sites and other places, and others more quiet and even sublime. I have a sense that what’s left at many older graves often has an equal amount of curiosity about modern living people as we have for those long past. 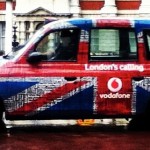 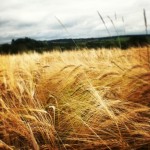