Japan’s Fukushima Disaster and Its Impact on Fish in the Pacific Northwest September 4, 2013 Niki Whiting

If you have environmentalists as Facebook friends, you may have seen an image and headline making the rounds suggesting that leaking waters from the Fukushima nuclear reactor in Japan is poisoning the waters of the Pacific Ocean. As a passionate lover of wild Alaskan salmon, that had me worried. I’ve had moments of mild panic thinking that the bounty of the seas may be gone forever.

Salmon are the major fruit of harvest season for me. I was raised subsistence fishing in the waters of Southeast Alaska. I believe we are what we eat, and I am certain I am made mostly out of salmon! Spiritually, the salmon are a spiritual food. I understand the honor that Northwest Coast Native Americans give to the Salmon, honoring the sacrifice Salmon give to their Human allies, and I understand why the Celts call them ‘Salmon of Wisdom’ and ‘Salmon of Abundance.’

If the Pacific waters are contaminated, so are my blessed salmon. I decided to do a little research and find out what is going on.

In March 2011, a huge tsunami crashed into coastal Japan, devastating villages and damaging the Fukushima nuclear plant. TEPCO, the company responsible for the reactor, has been unable to effectively control the reactor. Cooling water, contaminated with radiation, has indeed leaked into the Pacific Ocean. Recently, TEPCO has admitted that the problem is worse than it previously let on.

This is horrible, awful news. What does this mean for those of us in western coastal states in the US? Not much, actually. Neither the State of Alaska nor the State of Washington are concerned for their fisheries. A skeptic might dismiss reports comng out of government agencies, but please remember that commercial fisheries are incredibly important to the economies of both states. Commercial fisheries in Alaska employ over 78,000 people and is a multi-billion dollar industry. Both states are monitoring air, water, and fish contamination levels daily and have found neglible results.

How can this be? Dilution. The Pacific Ocean is so large, so vast, that the radiation dumped into the ocean in Japan is diluted to safe or non-detectable levels. I think we also forget just how much pollution is dumped in our oceans and streams every day. Besides radiation and industrial and human wastes, plastic debris is the greatest threat to the health of our oceans. There is a hideous thing called the Great Pacific Garbage Patch, a massive collection (a ‘gyre’) of rubbish floating in the ocean. The gyre in the Pacific is just the largest of the gyres — each ocean has one!

For the most part, those of us that love wild seafoods from the Pacific Northwest don’t have to worry — at least, not about radiation from the Fukushima nuclear reactor. There are other threats to our fish: overfishing, fish farms, and closer-to-home sources of pollution in the waters.

Sadly, it is Japan that suffers the most from Fukushima’s meltdown. Their water, air and fisheries need serious cleaning up; their coastal communities still need rebuilding. As I give thanks to the Great Salmon for their life-giving abundance, I offer up prayers for the people and land of Japan. 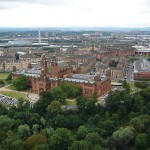 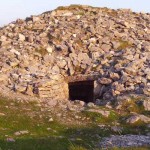