Most U.S. witches live in cities.  This probably holds true for most of the western world, since urbanization is on the rise and predicted to grow.  I recently found myself back in an urban environment.  Granted, Austin prides itself on its small town vibe, and funky eclecticism, but it’s no rural Ireland!  The sounds I hear, and the other-than-human-persons I encounter, are different.  Yet, they are still animate, and very eldritch.

Since I plan for this to become a multi-part series, let me start by defining my terms. I’m an animist. My philosophical and spiritual approach incorporates a world view of relationality: a way of living in a community of persons, most of whom are other-than-human. Within this relational experience, I practice a form of traditional witchcraft steeped in folklore.  I don’t engage my witchcraft as a religion. Rather, I experience it as a reclamation of the wisdom traditions passed to me through my blood, from the Ancient Mothers.

The concept of the spirit road is found in most of Europe.  In Ireland, the principle can be seen in the folk practice of placing a pile of stone at each corner of a new house site before construction begins.  If the stones are disturbed, you know its a path used by the Good Neighbors, and you should resite the house. In other parts of Europe, you find special paths used only to carry a coffin, or to act as a processional way for the funeral. * The idea is that there are person specific paths;  human-persons make and use paths, as do Other-than-human-persons.

It goes back to the Old Irish concept of “right order.”  Each world has a right order, and each person, a right place in that order.

There are alleyways in my neighborhood.  It’s also a heavily treed neighborhood, one that borders a system of wet weather creeks that run all the way out to the Hill Country, west of town.  Many Other-than-human-persons use those creek beds as pathways.  A local biologist found coyote scat in one not many years back.  She went looking after a rake (Irish Slang Alert: rake means a lot of something) of neighborhood cats went missing.

So, the other evening I was strolling home from a local cafe.  The sound of the wind in the trees was just right: familiar and sensuous.  The temperature, and humidity level, was just right: my body recognized it.  The quality of light, filtering down through the urban tree canopy from the few inner neighborhood street lights, was just right: familiar and comforting. I was taking in my environment using all my senses.  This is an embodied process, and one that connected me to a Place I know intimately. This is my Place, and my body knows it well.  And then I walked past an alley.

Down the black tunnel was a stirring.  The hairs on the back of my neck stood up.  I paused, reached for my phone, and snapped; hoping to capture an image, or glowing eyes.  I don’t know what other-than-human-person was down that dark urban spirit road, but consciousness perceived me and looked back. 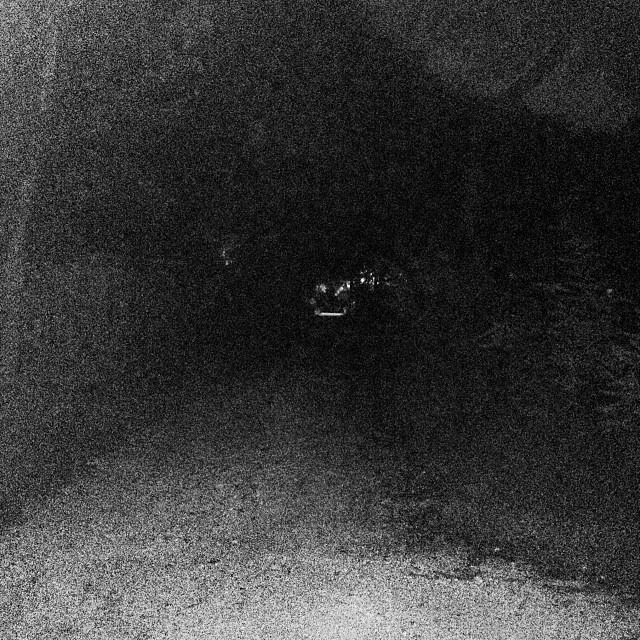 * To read more about the topic, you might enjoy Paul Devereux’s book:Fairy Paths & Spirit Roads: Exploring Otherworldly Routes in the Old and New Worlds. 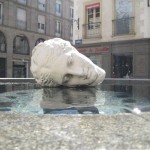