The Place of Death.

Two weeks ago a friend of mine was feeling unwell. She’d been under a lot of stress. She was prone to anxiety at the best of times, but at that point she was overwhelmed completely. That Sunday she’d collapsed in the park while she walked her dog. She thought that she’d fainted from a panic attack. A neighbour helped her back to her 3rd floor apartment. The next day, she reached out to friends to ask for help with walking her dog and dealing with other practical matters while she tried to get better.

All of us tried to convince our friend to go to the doctor. Sure, this was probably just anxiety, but you know, there are drugs for that. And what if it isn’t just stress? What if it’s something serious? Better to get checked. But she didn’t have insurance yet. Unemployed for over a year, despite being a well regarded member of the tech community, her Obamacare-sponsored medicaid was not going to kick in until the first of February. On Wednesday night L and I managed to convince our sick friend that she should go to a free clinic the next morning. We found one online that was nearby and had good Yelp reviews. We promised to come by with a taxi to pick her up and take her there.

It was less than 20 minutes later that she collapsed in her bedroom, less than an hour later when she went into cardiac arrest in the presence of the EMTs. It was shortly after that I sat in her living room scolding her in my head, telling her to get back down here, back into her body. This was not OK. She was not allowed to go right now.

I’ve known for a while that one day I would have to learn what death was like — so far every supposedly terminal person I’d done healing for had recovered. A run like that, from age 9 to nearly 42, is quite a good result for any kind of medicine person. The first woman I ever worked on, the person whose cancer was the reason I’d been trained, is still alive today. That couldn’t go on forever. But this friend was not going to be the person to teach me about Death. I told her, “No. It can’t be you. That’s just not right. You were supposed to go to the clinic in the morning!”

The ambulance took her to the hospital. In the hospital they continued CPR, but they couldn’t get her pulse to stabilize. We were now six friends in the family waiting room at the ER. I took my leave of them for a bit, grabbing the pipe out of my backpack and heading to the grassy area behind the hospital. I struggled with the spirits, with my friends ancestors, and with my friend herself. I prayed to the Creator to bring her back and give her a strong heartbeat again. A nurse arrived in the waiting room just as I returned from my ritual. Our friend’s pulse was steady. They were going to move her up to the intensive care unit.

We spent nearly all night in the ICU waiting room. Sometimes we sat silently. Sometimes we joked morbidly with each other about the situation, as you do when someone breaks their arm or splits their chin open, not like you would if you really thought this was the end. This couldn’t be the end. Her birthday is on Valentines Day. She’s going to be 35. It just couldn’t be her time.

At 3:30 in the morning we six friends were hungry. We headed downstairs to the cafeteria for terrible sandwiches we all regretted eating and caffeinated drinks to help keep our eyes open while we waited. As we sat there, we heard a code blue.

I knew instantly that it was her.

One of my most trusted mentors would tell me later that she’d slipped away while we weren’t looking. My co-priestess from the days of Paradise-Hawthorn Grove said that the six of us had been holding our friend to the Earth after she’d already decided to go. A Yoruba woman would tell me on a train from DC to Greensboro that she had come back to us for a little bit to teach a lesson, but that it was her time and there was nothing any of us could have done to change that.

I’d like to write a few expletives, tell you what I think of this whole experience. Two days after my friend’s death I was in California with my daughter. A week later I was on another train, half way through my cross-country journey. Yesterday I got plane tickets for Thursday to fly back for a Viking Funeral befitting our friend on her birthday. I wonder what feats of strength I might do that day before we set a model Viking ship ablaze in her honour?

But now the snow is coming to Greensboro where it doesn’t normally snow. They are cancelling flights on Wednesday. They might cancel mine, as well. What irony is this? It seems that Place Itself is mocking me. 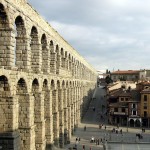 February 7, 2014
The Past is a Place We Still Inhabit
Next Post 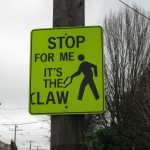 February 14, 2014 What I Learned in the Crosswalk
Recent Comments
169 Comments | Leave a Comment
Browse Our Archives
get the latest from
Pagan
Sign up for our newsletter
POPULAR AT PATHEOS Pagan
1

I’m Not Feeling Very Thankful This...
John Beckett
Related posts from A Sense of Place