When water is cut off: from Cochabamba to Detroit, by way of my bathroom

In the mid-1990s, the water services of Cochabamba, a town in Bolivia, were taken over by the subsidiary of a trans-national corporation, Bechdel. Water bills rose at an astounding rate, and people were charged even for collecting rainwater from their own roofs.

Despite pressure from both private and public security services, the people of Cochabamba won through in 1995, and made a declaration — reiterating, in more earth-centred language, the UN’s declaration of access to clean water as a human right:

1)    Water belongs to the earth and all species and is sacred to life, therefore, the world’s water must be conserved, reclaimed and protected for all future generations and its natural patterns respected.

2)    Water is a fundamental human right and a public trust to be guarded by all levels of government, therefore, it should not be commodified, privatized or traded for commercial purposes. These rights must be enshrined at all levels of government. In particular, an international treaty must ensure these principles are noncontrovertable.

3)    Water is best protected by local communities and citizens who must be respected as equal partners with governments in the protection and regulation of water. Peoples of the earth are the only vehicle to promote earth democracy and save water.

I can’t help but be conscious of water, living where I do. Our house is in an isolated spot: a mile as the crow flies from the nearest mains water. Our water comes from a spring on the hill behind us. We put it through five physical filters (down to 1 micron) and a UV microbe killer before it comes out of our taps. We get it checked every year or so to ensure it exceeds drinking water standards. It’s a precious resource.

Since we moved back in at the beginning of June, we’ve had repeated issues with water flow. At first, we thought it was just the spring struggling with the dry spell we’ve been having. But a check of the flow rate at the spring itself assured us that was not the case.

After much checking and experimentation (including two condoms placed over the outlet pipe from the spring water holding tank further down the hill!) we ascertained the problem: a leak somewhere in the 200 metres of 70+ year old steel pipe running from the holding tank to the house.

Today, work began on replacing it.

The luxury of choice

Here, we have the luxury of choice: spring water, borehole, stream collection, rainwater collection, or mains connection? And we also, at present, have the resources to exercise that choice effectively. Luckily for us, the best, most resource and cost-effective option was to stay with our spring water. While it is not a resource we solely control — it lies on land belonging to the neighbouring farm — we can see from our kitchen and bathroom windows what happens on and near the spring, its catch box and its holding tank.

Most people don’t have that level of power and control in regard to their own water supply. And nor do those who do have power and control always — or even often — respect the sentiments of either the Cochabamba declaration, or the UN Universal Declaration of Human Rights:

In West Virginia, Freedom Industries leaked poisonous chemical waste into Elk River without, apparently, any consequences — except for the 300,000 West Virginians whose drinking water was affected;

In Gaza, refugee camps and hospitals struggle to access sufficient clean water, as the area’s water infrastructure continues to be affected by Israeli bombardment, leaving hundreds of thousands of Gazans without water;

And then, of course, there is Detroit City.

As I understand it, the City went bankrupt, and handed over control of making good debts to an unelected person/committee. This person/committee decided it would be a good idea to go after some 150,000-300,000 of Detroit City’s poorest citizens who were behind on their water bills by as little as a few hundred dollars, and cut off their water supply if they didn’t pay. Rather than, say, go after the corporate water debtors to the city, who collectively owe/d a total of $30 million, and were in a better position to be able to pay.

Thankfully, through public pressure and protests, and through representation by organisations such as the UN, the water cut offs in Detroit City have now been (temporarily) suspended. But it remains an egregious example of how little control ordinary people have over their basic needs, and how easily fundamental human rights can be ignored.

A new way of calling the quarters

When I worked in development education, a tool which we used a lot when helping learners to come to grips with our interconnected world was the Development Compass Rose [PDF]. Each of the points of the compass is associated with a set of questions, beginning with its initial letter. So to the North we consider questions about Natural resources, to the East questions of Economics, to the South we look at Social questions and to the West we ask Who decides?

Although I have both the luxury and the necessity of acting for myself and my household alone — at least in regards to our water supply — the vast majority of people in the world do not. I think we would all do well to consider the questions of the Development Compass Rose when looking at the places where we live, and the ways in which we meet our basic human needs: to consider them together, and now. Only then can we gather communities together in knowledge and in solidarity, and take effective action, as the people of Cochabamba and Detroit City have done. 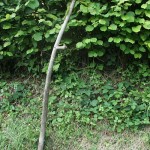