This nomad is dreaming about a small piece of land she can call home. All the other attempts at making a home seem to have failed so far, but a girl keeps hoping. Beyond that, a string of personal events that are on the horizon of the timeline require a place that can be called “home”, an address that is both legal residence and actual physical space where family members can live. And, sure, I could just rent an apartment, but having found a place that I can buy for about the cost of first and last month’s rent in the city, it seems like renting would be a foolish thing to do. Why rent a place that isn’t home when I could buy a place that I could build a real relationship with?

I’ve spent time on this little island in the Salish Sea (also known as Puget Sound), just an hour away from Seattle. It’s one of my favorite escape spots. When a friend suggested that I look into buying a place there, I thought the idea was nuts. I have no credit, haven’t lived in a single spot for years, and don’t have a whole lot of money saved up. There’s no way I could buy a place. And then I found out how much land costs there. Oh. Right in my budget, actually. So, I started to dream.

For years now I’ve read books about owner built homes, dreamed of my own tiny house or even a tree house. I’ve cherished memories of the garden at the house where I lived in England, my first touch and go experiments in growing food for my family, the jams and jellies I made from fruit that grew in that yard, and my friendship with a hedgehog who ate the snails who ate my broccoli plants. Now my imagination runs over grooves in the vinyl of my mind, playing tunes of land ownership and the start of a new relationship with place.

But there are sticky spots in this song, places where the needle jumps or scratches discordantly. How can you “own” land? You can have a deed that says that you own it, but what would life be like on that land if the trees and the grass and the deer and the coyotes who live there don’t agree that you should share that space with them? Most people wouldn’t care at all about such things, but I am not most people. I know that the land has a spirit and the other inhabitants of the land have a say in what happens there. I don’t intend to go to war with anyone in my desire to make a place my own. But how can I do any differently?

Recently I spent a night outside near a plot that I am thinking about making my own. I tried to sleep in my hammock, strung between two trees. It was nice enough. But I didn’t get any sleep at all out there. Afterwards, I spoke to a friend of mine about the experience and he asked me what I’d given the land before I settled in for the night.

I’d said prayers. I sang songs. I’d listened to the trees. But did I actually give anything to the land itself? Had I actually asked permission at all? Mmm… no. I don’t think I had. As if to hit the message home — a message I’d totally missed — the thought that kept running through my head that whole night, the phrase that kept me up, was “You still aren’t really listening.”

“I’m trying! I’m trying!” I thought, “The sounds are beautiful. This place is beautiful.”

But the voice in my head still said, “They are speaking, but you aren’t hearing what they say.”

I have to go back and try again. I have to bring gifts for the land: tobacco for the earth and seeds for the birds, compost and fresh water for parched plants unused to such a hot summer. And then I have to listen again. Perhaps this time I will hear what they have to say. 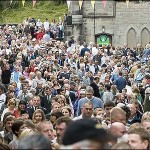 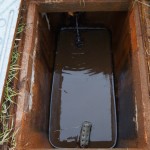 August 4, 2014 When water is cut off: from Cochabamba to Detroit, by way of my bathroom
Recent Comments
0 | Leave a Comment
Browse Our Archives
Follow Us!