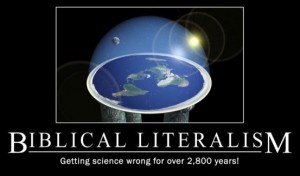 Star: There are a few people I have to live/work with (military deployment) who are evangelical literalists. They’re not bad people or anything, but it seems that any time I encounter a blanket statement there is some scripture behind it. Since I am not firmly rooted in a specific Pagan tradition, I generally don’t have an answer to scripture. I also can’t think of anything to say when they referenced Wicca as B.S.  – Help!

(Sigh.) Father, forgive them; for they know not what they do. (Luke 23:34)* Like you, Star, I am no Biblical Scholar. (I get as far as all the ‘begatting’ in Genesis and fall asleep.) But the Good Book is not the authority we need to consult here. No, we must go to a still higher source; The ultimate apogee of all that is cool and controlling; the one true, right and Holy voice of all that is divinely suave: Don Draper of the MadMen TV show. And Dharma Don says:

“If you don’t like what’s being said, change the conversation.”

Don’t even attempt to fight fire with fire here, Star. That is just making tempers flare. Instead fight this fire with Water, and Air and Earth. If the Literalists are attempting to stamp you out with specifics, then deflect their thrusts with generalities. Find some common ground.

And so on. Just do a little matador sidestep and try to get around behind their rhetoric, where there is probably a nice person inside. You can’t win this battle, Star, because there are no prizes and no winners. Just change the conversation, maybe make them a glass of Strawberry Quik, and let them merrily go on worshipping their petty, jealous, husk of a dead god.

And if they persist in getting up in your altar about this, you can also quote another Good Book back at them: “Congress shall make no law respecting an establishment of religion, or prohibiting the free exercise thereof.”

See here’s the thing about Spellwork: It operates on the Goddess’ timeclock – not ours. You can do all the CASTING in the world, but the only way to really test out the spell in this situation would be to jump out of a perfectly good airplane and just hope it had all worked out for the Highest Good on the way down.

That sounds like a bit more of a thrill than you are looking for here.

What you are asking for magickally (alteration of physical characteristics and/or manipulation of textile traits) is certainly possible, but requires a truckload of woowoo and a timeframe that stretches off into the distant distance.

Here’s a simpler, more do-erable, safer alternative for you and your heavy friend:

In short, Leia, make the Skydiving a GOAL, one which incidentally will bring both of you more robust health, time out in Nature, and lot of laughter along the way.

Ken: Do you think we Pagans should be protesting outside theaters that are showing “Noah”?

Naaah…….don’t kick it while it’s down. As we go to press I’ve only seen the trailer in a theater, and the place was erupting in continuous giggling from frame #1. I think by the time we got the signs made and got everybody organized this stinkburger of a film would be long gone.

Plus, it’s not like this was in any way a Christian story. Tales of Apocalyptic flooding are nearly Universal in human cultures, collectively all dating back to the great deglaciation at the end of last Ice Age, about 12,000 years ago.

The Noah character, surviving the Flood with lots of hard work, help from Deity and a good size dash of luck is straight out of Worldwide Central Casting. We pagans got no beef here.

Plus, hearing the theater howling with laughter at the very, very WHITE, very, very ENGLISH Russell Crowe earnestly speaking lines as the ostensibly Middle Eastern Noah is a better protest than anything we could come up with.

*Okay, I am late to this party, but I just noticed that Luke Skywalker is named after one of the authors of the Gospels. Did I miss a whole ‘nother level of Star Wars subtext all these years?

**”Leia?” Jesus! What is with the Star Wars names tonight? 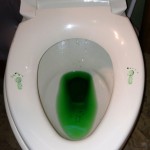 March 17, 2014 Ask Angus #28: 'Saint' Patricks Day
Recent Comments
0 | Leave a Comment
Browse Our Archives
get the latest from
Pagan
Sign up for our newsletter
POPULAR AT PATHEOS Pagan
1