SeasonalAffectedDoldrums: What’s your #1 mantra? Is there a phrase that you ‘go to’ during rough times? Cuz I could sure use a lift right now.

Dear S.A.D., Perhaps I should explain.

My sister, Joni, was a sensible, clear-headed woman. But she DID go through adolescence, and so she had her times of being a hysterical vat of hormones. And one of those episodes led to one of my Family’s great lessons: The Lance Gunn thing.

And no, that’s not a pseudonym from my Junior High level brain: His name really was Lance Gunn, presumably because his parents thought “ejaculating penis” would be hard to find on those little gift shop license plates.

Lance Gunn was extremely handsome, in a late 70’s kind of way. You know: The hair, the pants, the white-toothed sneer, the gold chains, the car.

Oh, that car. Lance had won an insurance settlement or something and had blown the entire wad of cash on a custom white Corvette with a Jet Aircraft engine. It was mind-bendingly loud. He gave me a ride around the block in it once (please-the-little-brother-on-the-way-to-getting-into-his-sisters-pants) and the whole circuit took about 10 seconds.

Anyhoo, you know the next plot point: He dumped her. And OH, the bathos that ensued. The weeks of tears, the pouts, the not-eatings, the grade-slidings, the “You just don’t understand!”s, the ice cream and sitcom marathons. It seemed like nobody closed a door in our house for a fortnight – it was all SLAMS.

That Corvette not only took away her heart; it also absconded with most of her higher brain functions. It was like living with a mound of unstable TNT who was starring in an Opera.

Finally my Mother, Carolyn, had had enough. She went out and bought a calendar for the next year and then she called my Sister in to the diningroom. This was a clue that this was a BIG deal. Joni shuffled out of her bedroom with the weight of the cruel world on her 17 year old shoulders.

I hid behind the couch and eavesdropped, which as a 12-year old boy was pretty much my entire job description.

My Mother waited patiently while my sister collapsed into one of the dining room chairs and stared off into the void of her wretched existence. Mom then took down the calendar from the wall and ceremoniously circled that days date.

“This is today” Carolyn explained slowly, as she would to a recent arrival from the Planet DIVA. Joni glanced at the calendar and then sighed forlornly. Mom put the calendar aside and then opened up the next one. She found the proper month and week and then circled the same day.

“And this is one year from today.” Carolyn reached out and covered one of my sisters hands in hers, Joni looked up at her, miserably. Mom continued, kindly but clearly: “On that day I will say the name ‘Lance Gunn’ to you – and you will say ‘Who’?”

Joni flinched away and leaped to her feet. “What? No! Never! My life is OVER!!!” and she stormed back to her room, slamming every door in the house on the way. Our german shepherds fled back down the hall to us – Lady going to my Mother, and Kelly coming to me, thereby giving away my hiding place. Stupid dogs.

Mom and I exchanged a long glance. She was as exahausted as I was. I pointed to the calendars. “Really? Promise?” Mom smiled and nodded. “Promise.”

And my Mother waited. Oh. So. Patiently.

On The Day she waited until an offhand moment before springing it on my Sister.

And then an amazing thing happened: Lance Gunn lived on. He became part of our Family Codespeak. When something bad happened to any of us, some emotional catastrophe, some precious thing breaking – whatever – we learned to stop, look at the problem objectively and say:

“Wait a minute. Is this a ‘Lance Gunn’ thing? Am I even going to remember this in a year?”

And I have carried this bizarre little bit of Wisdom with me throughout my entire life. When something falls apart, when what I wanted doesn’t transpire, when ALL is LOST and you just don’t understand and my life is over and I’m about to beam in from the planet DIVA and I can hear the Opera Overture swelling around me – I stop, take a deep breath and say to myself:

Send your questions, about paganism (or anything!) to: angusmcmahan@gmail.com

P.S. After I published this a couple of years ago my Mom emailed me. She said I got everything right except for one little detail: Lance did NOT dump my sister. SHE ended it after she got a call from his wife. 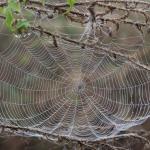 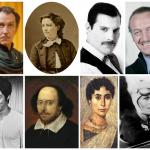 February 9, 2018 Ask Angus #40: Dinner Party with History
Recent Comments
0 | Leave a Comment
Browse Our Archives
get the latest from
Pagan
Sign up for our newsletter
POPULAR AT PATHEOS Pagan
1