Some Problem Areas for the Compatibility of Religion and Evolution

Some Problem Areas for the Compatibility of Religion and Evolution December 8, 2016 Stewart James Felker

[1] For some statistics as to Christian beliefs on various social issues, see here on attitudes in the U.S. They certainly trend liberal.

[2] On a more institutional/theological level, this sentiment was nowhere expressed more poignantly in the 20th century than in various documents from the Second Vatican Council, like Lumen gentium and Unitatis redintegratio—where, for example, it’s said in very sincere terms that Catholics are still mystically joined with any number of schismatic Protestants: who “being baptized, are honored with the name of Christian, though they do not profess the faith in its entirety or do not preserve unity of communion with the successor of Peter.”

However, the same documents from the Second Vatican Council even offered a remarkable kind of olive branch to non-theists, too, and along similar lines—though obviously I don’t think anyone would ever say that atheists have anywhere near the same level of spiritual communion with Catholics (qua Christians) that atheists do; nor, for that matter, does the sentiment expressed in Vatican II’s texts always translate to more popular-level discourse and attitudes.

[3] By “in-house” scholars I’m not suggesting, for example, that there’s some special group of specifically atheist scholars who’ve devoted a lot of attention to, say, the topic of Israelite/Biblical child sacrifice (though, incidentally, the central work of one of the few openly atheist Biblical scholars, Francesca Stavrakopoulou, has indeed focused on this). At minimum, however, I think the notion that the God of the Old Testament really did command Israelites to sacrifice their firstborn children to him—if this is indeed what at least some Biblical texts suggest—inherently speaks to the improbability that the OT’s presentation of God really is an inspired and genuinely supernatural one. For more about Israelite/Biblical child sacrifice more generally, see my post series starting here.

[4] Here and in what follows, by “Christianity” I have orthodox Christianity, and particularly Catholicism in mind.

[5] The late 17th century marked the first cracks in the Biblical creation tradition being understood by at least nominal Christians as furnishing us with a true, reliable account of human origins—especially with the work of Isaac La Peyrère. It wouldn’t really be until the 18th and 19th century in which this skepticism would start to be more fully developed, though.

[6] City of God, 15.9. I’ve discussed this further near the end of my post here: see the section beginning “As an example of this, in a chapter in the 15th book of his City of God…”

Whatever [non-Christians/skeptics] can really demonstrate to be true of physical nature, we must show to be capable of reconciliation with our Scriptures; and whatever they assert in their treatises which is contrary to these Scriptures of ours, that is to Catholic faith, we must either prove it as well as we can to be entirely false, or at all events we must, without the smallest hesitation, believe it to be [false].

[8] The potentially wide-ranging implications of this have been explored in detail by historians and philosophers of religions from Richard Blackwell and Richard Price to Gregory Dawes, some of whose publications I’ve cited at the end of Note 1 of the Main body below.

The essays in the section “Evolutionary Debunking of Moral and Religious Belief” in the volume Challenges to Moral and Religious Belief: Disagreement and Evolution, edited by Michael Bergmann and Patrick Kain, should also be consulted. A more popular-level (and from I can tell, perhaps more naïve) treatment of various issues here can be found in Steve Stewart-Williams’ Darwin, God, and the Meaning of Life: How Evolutionary Theory Undermines Everything You Thought You Knew.

Further, see also Paul Bloom’s “Religious Belief as an Evolutionary Accident” and Peter van Inwagen’s response “Explaining Belief in the Supernatural: Some Thoughts on Paul Bloom’s ‘Religious Belief as an Evolutionary Accident'”, and other essays in the volume The Believing Primate: Scientific, Philosophical, and Theological Reflections on the Origin of Religion. As for evolution and Christianity in particular, (against what might be one more popular conception) there’s clear historical evidence that there have been serious tensions between the two from the beginning of their relationship/dialogue, both among laity and ecclesiastical authorities, and other theologians and scholars. Numerous essays in the volume Negotiating Darwin: The Vatican Confronts Evolution, 1877-1902 should be consulted on this, as well as the work of David Livingstone. (For a more extensive bibliography, see my various comments here.)

A few different publications have explored the intersection of the history of the relationship of religion and science with more general philosophical/theological issues at play here—again, often focusing on Christianity in particular: see both volumes of Richard Price’s For the Glory of God: The Role of Christianity in the Rise and Development of Modern Science: The Dependency Thesis and Control Beliefs (1) and The History of Christian Ideas and Control Beliefs in Science (2). Gregory Dawes continues this in his recent monograph Galileo and the Conflict between Religion and Science; and much of his work here has focused on evolution (“Evolution and the Bible: The Hermeneutical Question” and “Can a Darwinian be a Christian?”).

For other recent theological studies highlighting issues and problems, see a few essays in the volume Intelligent Design Creationism and Its Critics: Philosophical, Theological, and Scientific Perspectives, including Ernan McMullin’s “Plantinga’s Defense of Special Creation,” Alvin Plantinga’s “When Faith and Reason Clash: Evolution and the Bible,” and Howard J. Van Till’s “When Faith and Reason Cooperate”; and also essays in The Oxford Handbook of Religion and Science and The Blackwell Companion to Science and Christianity; the volume Perspectives on an Evolving Creation edited by Keith Miller; Józef Życiński’s God and Evolution: Fundamental Questions of Christian Evolutionism; Stephen Pope’s Human Evolution and Christian Ethics. Some of the neglected problems and contradictions of theistic evolution in particular have been brought to light in Wayne Rossiter’s Shadow of Oz: Theistic Evolution and the Absent God—though admittedly, Rossiter has an unusual background and approach.

I’m less familiar with other recent publications in the field, like Brendan Sweetman’s Evolution, Chance, and God: Understanding the Relationship between Evolution and Religion.

[2] For the sake of brevity, I’m mainly just going to use the singular “God” from here on.

[3] This position has often been taken in light of conflict human free will. For major publications on this and related issues, see William Hasker’s God, Time, and Knowledge; the volume God, Foreknowledge, and Freedom; Geach’s Providence and Evil. For the more general issue of God’s relationship to time, see R. T. Mullins’ recent monograph, The End of the Timeless God.

Further, the book of Jubilees, in its rewriting of Genesis, omits Genesis 6:5-7 altogether. Jacques T.A.G.M. van Ruiten suggests that the author of Jubilees “cannot accept the divine repentance, for [God’s] foreknowledge would preclude actions which he would later regret” (“The Interpretation of the Flood Story in the Book of Jubilees,” 75 n. 29). Numerous others throughout Jewish tradition have grappled with this problem—often particularly in relation to Genesis 6:5-7: from Philo of Alexandria to R. Hoshua b. Qorha (in his exchange with a gentile, as recounted in Genesis Rabbah), to Rashi.

[6a] This is of course based on the well-established understanding of Adam as the prototypical human. Interestingly, although Abraham is often given the honor of being the true first Jew, we might find hints throughout historic Jewish tradition of Adam sharing this role in a way, too. Traditions in which Adam was circumcised and kept the Sabbath come to mind. Closer to the modern period, it was Isaac La Peyrère in the 17th century who made Adam-as-first-Jew a central part of his anthropology. Still, however, the God revealed to Adam—held to be the same God of Christianity, Judaism, and Islam—is most familiar as the God of Abraham, and it’s this language that I use.

[6c] And surely we can’t think that God might ever reasonably expect humans to re-institute a religion that’s no longer practiced by anyone.

[7a] And to be clear, Barrett’s suggestion here referred back to his note shortly prior to this, that “the documented conceptual biases only encourage belief in superhuman agents generally and not one true, accurate god concept.”

[7b] Perhaps the most well-known mention of this distinction in modern times was in Humani generis §37.

[7c] I’m quoting here from a previous post of mine that had started to broach a couple of these things.

[8] If not globally, at least attested widely in certain large regions.

[9] Cf. Timothy Michael Law, When God Spoke Greek: The Septuagint and the Making of the Christian Bible.

[10] The status of the Septuagint’s inspiration in Catholicism has, surprisingly, never been made clear—though Catholicism otherwise dogmatically holds to a general Biblical inerrancy.

[11] I put “nation” in quotation marks like so because the Greek word that underlies this in the New Testament, ethnos, doesn’t correspond to the notion of geographically defined nations that we often hold today.

[12] I’m thinking particularly of the some of the things mentioned in Jonathan Jong’s “How Not to Criticize the (Evolutionary) Cognitive Science of Religion.” 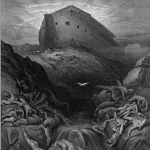 December 1, 2016
Has Noah Lost His Flood? The Ever-diminishing Biblical Deluge
Next Post 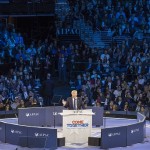 December 27, 2016 Trump, the New Messianic "King"? Between Caution and Conspiracy
Recent Comments
0 | Leave a Comment
Browse Our Archives
get the latest from
Nonreligious
Sign up for our newsletter
POPULAR AT PATHEOS Nonreligious
1

Intentional Ministries: When Congregations Are Pastors'...
Roll to Disbelieve
Related posts from Atheology