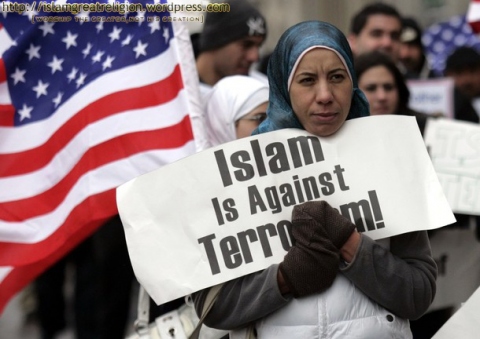 Muslima Jedi and Brass Crescent Award winner Linda Sarsour has sage advice about the long game for voting strategy, especially as it applies to the Muslim American community:

Yes, I understand that there are some who have dedicated their lives to Palestinian liberation or healthcare reform, or ending mass incarceration or cancer research or reproductive rights. These are all important issues but it is dangerous to vote single-issue or not vote because none of the candidates have a comprehensive sound and principled stance on your issue (I mean unless they deny your right to exist – that’s a whole nother story). I am not talking about just on the federal level – I am talking local elections. Let’s not dismiss this as compromise or voting for the lesser of 2 evils as we often have to do in most elections. It is the understanding that electoral organizing is a parallel process as we continue to build the electoral power of our communities and cultivate the next gen of elected officials who come from our communities.

Some will say, well we have people who look like us, and they get sucked in by the system and sell communities out to maintain their positions and access to power- yes, of course that happens, but it is our duty to send in people of color w/ principled politics in office in mass, as groups not just one at a time where they are tokenized and co-opted. We must also fund them and their campaigns and not let them rely on others. We also have to keep our own accountable – we tend to not want to stand up to our own when they are not doing the right thing. All elected officials must always be held accountable, regardless of who they are or where they came from.

This is indeed the long view. Apart from two representative sin Congress, Muslims don’t have a lot of political presence, and we are not well-organized enough to have a substantive policy impact on candidates we support. That is going to require time and money and commitment that at present, Muslim Americans simply don’t have. (Well, we have money, but we don’t have a coordinated and systematic approach to using it in a leveraged way).

In general, I agree with Linda’s general caution about single-issue voting. However, as my friend Aamer Jamali guest-posted on this blog earlier, the upcoming election does need to be a single-issue election for us as a community. Put simply, the Republican Party denies that Muslims have any right to participation in the political process. They are literally waging a War on Muslims. This election isn’t about choosing candidates that help us achieve our long-range goals – it’s about whether we are even allowed to be a part of the system at all.

I am never going to believe that the Democrats are our political saviours – Barack Obama has yet to set foot in a mosque, and never said “so what?” to the muslim smear. And Hillary, his likely successor, has a record of pandering to Islamophobia as well. And we are obligated as Muslims to stand apart from the strain of militant secularism that infects the Left. We wil never be easy allies.

However, this election is about our political survival. By making 2016 a single-issue election, we are fighting to preserve the right to even play the long game. Unless the GOP undergoes an unlikely implosion and reformation, the Democrats will be our political vehicle for the forseeable future.

So, lets play the short game accordingly, and that will give us the breathing room to play the long game as Linda persuasively calls for.

February 11, 2016 Sorry, Mummy and Abba. I'm feelin' the Bern.
Recent Comments
0 | Leave a Comment
"The solution is to stop giving the president more power than they were intended to ..."
TinnyWhistler the question of representation
"Well, if our centuries-old system of government doesn't get you the president you want, then ..."
Sean the question of representation
"In this country, by the way, more terrorism is committed by the white right than ..."
Barros Serrano Muslim Americans should be single-issue voters
"It is not only in this day and age. Examine the historical behavior of the ..."
Barros Serrano Muslim Americans should be single-issue voters
Browse Our Archives
get the latest from
Muslim
Sign up for our newsletter
POPULAR AT PATHEOS Muslim
1

Is The Table Spread in the...
Ask A (Born Again) Muslim
Related posts from Aziz for America