Now arrives the hour of action…

…and the time for empty talk is over.

That is a direct line from President Trump’s inaugural address (here, deconstructed and compared to all previous such).

The line echoes his criticism against civil rights hero John Lewis – but now will be turned against Trump himself. Will Trump govern as he campaigned? His address to the nation as President had only brief nods to inclusion.

The greatest President who ever served said in his Address,

That said, I will not hide, either. If the election was a great recrimination against the majority, then those of us in the majority who supported Hillary have gone above and beyond in seeking to understand. The liberal introspection ends today, however. There isn’t an election at stake, but a country, and lives, and policy, and values. We are the majority and we should not allow Trumpism to pretend otherwise.

It is time for us to stand up and speak out too. If we can persuade Trump’s base the rightness of our values, then that will be best. If not, we need to fight for what we believe without them. And we must not be enemies. But neither must we hold our values any less important than theirs.

Now arrives the hour of action. and the time for empty talk is over. 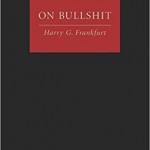 January 21, 2017 the Liar in Chief
Recent Comments
0 | Leave a Comment
Browse Our Archives
get the latest from
Muslim
Sign up for our newsletter
POPULAR AT PATHEOS Muslim
1