In The Story of God Season 3, Morgan Freeman Continues Exploring Beliefs Around the Globe

Patheos Explore the world's faith through different perspectives on religion and spirituality! Patheos has the views of the prevalent religions and spiritualities of the world.
The popular National Geographic series The Story of God with Morgan Freeman returns for a third season on Tuesday, March 5. You can expect more of the same enriching, thought-provoking content, and the voice of God—Morgan Freeman. He revisits his role as more guide than narrator—we experience the journey through his eyes. He ponders questions out loud, then travels the world with us in tow to explore the answers, interviewing religious leaders and observing practices and rituals of world faiths. Season 3’s first two episodes discuss human manifestations of God and evil. Each episode is weighted toward Christian stories, but about half comes from other sources.

The Devil Among Us?

In episode one, “Search for the Devil,” we explore beliefs of human manifestations of evil. Of course, we spend time on exorcisms. Though interestingly, in this segment and throughout the episode, there is a reserve—there’s less sensationalism than you might expect, which is welcome. We approach the subject of exorcism through an authorized exorcist for the Vatican, which doesn’t allow filming of possession or exorcism. We get a little more detail (accompanied by some recreation) in talking to a subject of exorcism, but it’s not over the top. Staying within the Christian tradition, we also examine a thirteen-century book that includes a depiction of the Devil with horns and talons, and also with signs of royalty—explaining that it was in this period that the practice emerged of representing an evil ruler, the Prince of Darkness,  opposing the good ruler, the Prince of Peace, in order to make these abstract concepts of good and evil more understandable and relatable to scare Medieval peasants. Also, we are introduced to the idea held by some scholars that the author of Revelation portrayed pagan Rome as the evil empire presided over by an evil ruler, in order to rally the Christian faithful as they suffered under Roman rule—by doing so he held forth both a rationale for their suffering and a promise of future vindication. Buddhist monks in Kathmandu, Nepal, perform a ritual of chant and drumming to invite in evil spirits, mollify them and turn them into helpful ones. The Rinpoche leading this community says evil is really within us but easier to understand through imagining it as an outside entity. And we visit Hindus who celebrate Dasara, a ten-day holiday honoring the defeat by a warrior goddess of a demon who waged a war to take over the world.

After exploring beliefs of human manifestations of evil in episode one, we turn in episode two, “Gods Among Us,” which airs on March 12, to cases where the divine is understood to exist or have existed in human form. We follow Morgan Freeman around the world but start on somewhat familiar ground for Christians: present-day Israel and the understanding of God as the man Jesus. We visit the site of a recently discovered third-century house of worship, which contains a written message in mosaic that is the earliest existing documentation of the understanding by Jesus’ followers that he was God on Earth. (Oh and by the way, as they note in the show, this third-century Christian house of worship was run by a woman.) We also examine a relic held at Notre Dame in Paris, purported to be the crown of thorns Jesus wore on the cross, though there’s a healthy discussion of the problematic way most relics found the way to Europe.

We hopscotch across the world, visiting a Hindu sect that believes God has appeared in human form occasionally throughout history (Jesus being one of many incarnations), and that the most recent case was just about two hundred years ago. We explore the view of many Rastafarians that Haile Selassie, the twentieth-century Ethiopian Christian leader, was the second coming of Christ. We visit a Hindu temple where each decade a girl age 3 or so is identified as the human manifestation of a god and fulfills that role until puberty, at which point she is replaced with another 3-year-old. This segment included one of the most fascinating moment in the series: an interview with a girl who has aged out of being a god and returned to a “normal” life as a teenage girl. In Vietnam, a medium for a local folk religion channels various ancestor figures from the nation’s history—famous military and political leaders—to provide supernatural advice to a girl wondering about dating.

Freeman and the show continue the practice in this show of approaching everything as if true. Not so much universalist as nonjudgmental. Some may find this provocative, but I see it not as an assumption these things are in fact true, but as a journalistic device to present each belief as understood by its adherers. The remaining four episodes in the season will explore visions, sin, commandments and the role of secrecy in sects and rituals. It looks like an interesting ride ahead.

Season 3, episode 1, of The Story of God with Morgan Freeman premieres on National Geographic Tuesday, March 5, at 9 p.m./8 p.m. Central. 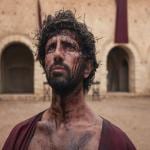 February 4, 2019
Get a First Glimpse of History Channel's "Jesus: His Life"
Next Post 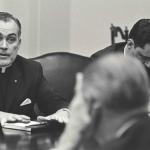 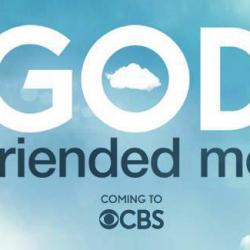