Why ‘The Chosen’ is the Best On-Screen Depiction of the Life of Jesus Christ February 19, 2021 Lesli White

The Chosen is the first-ever multi-season show about the life of Jesus. One thing that distinguishes the series from previous portrayals of Jesus is that they are multi-season, episode-based stories.

What is remarkable about The Chosen is that it was created outside of the Hollywood system. The writers capture the depth and richness of ancient sacred scripture while also helping viewers see Jesus beyond the Bible.

There was great interest in the series from the beginning. The Chosen Productions partnered with VidAngel at the end of 2017. They released a pilot on social media to see if there was a real desire for this content. Following the 18-minute concept pilot’s release, it was ultimately seen by more than 20 million people. It even unseated “Mystery Science Theater 3000” as the number 1 crowdfunded media project in history, and for a good reason.

“The cast audience for high quality, faith-based entertainment – all too often overlooked and underserved by Hollywood – made a loud and unmistakable statement that they’re so eager for content that resonates, they are willing to fund it into existence…,” Matthew Faraci, Executive Producer of The Chosen told Fox News in an interview back in 2019. “Backed by our army of 15,000 passionate investors, we’re excited to see how far we can take this series.”

And far, it’s gone. The motive to take forward the life of Jesus was widely recognized around the world, over $10 million was raised for production, and a compelling series was created.

The series allows viewers to see Jesus through the eyes of those who knew Him. These are characters we’ve read about since childhood, but many of us didn’t learn a great deal about them beyond their names, and a few lines in scripture. Now, these characters are coming to life in a way they never have before. You can connect to Jesus and His disciples in a way that feels authentic and relatable.

One of the big reasons it is the best on-screen depictions of the life of Jesus is because of the writing and character development. Films like The Passion of the Christ, Ben-Hur, I Can Only Imagine, and The Case for Christ are incredibly compelling, but The Chosen feels the most relatable. You feel like Jesus, and the characters surrounding him are human, and it’s hard not to connect to them.

It is also the best on-screen depictions of the life of Jesus because of the thought, care, and research that went into making the series. While the show’s creators invent some of the details around the characters’ backstories, it still comes off authentic. Each of their stories will become real to you.

The series does a great job weaving between the Old Testament and gospel events. The humanity of each figure is effectively highlighted. You empathize with each character and you begin to see yourself in their shoes.

This series isn’t just for those who are devout Christians, and deep into scripture. It is also for those who don’t know scripture well, or are simply curious. The characters, the quality of the stories, and the series’ overall depth make it a show that you will want to watch repeatedly.

After watching it, you will have a better understanding of Jesus, and those who surrounded Him. If you are already close to the Bible, the series will capture your heart in a whole new way.

This series’ popularity goes to show that there is a real hunger for quality, Christian entertainment now more than ever. The Chosen shows us that there is room for more series like this in the entertainment space. There is already a great deal of anticipation around season 2, with many anxiously waiting for new episodes to be released. I’m here for it!

You can begin watching season 1 of The Chosen here.

February 12, 2021
New Series on Patheos: “Excavating the History of the Bible: What Archeology Can Teach Us About the Biblical World"
Next Post 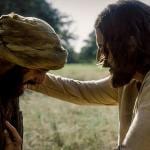 February 19, 2021
Browse Our Archives
get the latest from
Backstage Pass
Sign up for our newsletter
POPULAR AT PATHEOS Entertainment
1 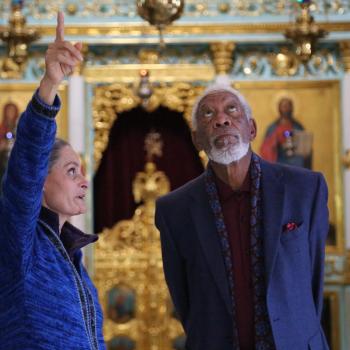 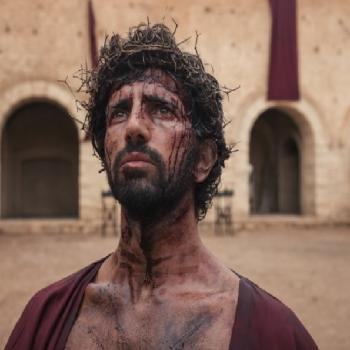 The Source of our Hope
Review of "Worship and the World to Come" by Glenn Packiam
view all Entertainment blogs
Copyright 2008-2020, Patheos. All rights reserved.