What Steve Jobs Isn’t Remembered For

I was at least 300x more likely to go out and buy a pair of thick-rimmed glasses, a Starbucks gift card and an iPad when I first read this. It’s a thing that Steve Jobs probably won’t go down in history for, but even so, I’d like thank the man for his stance against pornography. Christ, remember it and reward him.

Ryan Tates later claimed to be drunk. I wonder whether that was at all the result of a confrontation with his wife. But regardless, Steve Jobs, the end of the era, a giant in an age in which we don’t know our giants, saw something in the evil of pornography. He saw that it enslaves men, corrupts children, and he said no. To which I stand and applaud. And the other truth worth pointing out – which I am being more and more exposed to every day – is that virtue rewards. Yes, yes, it is it’s own reward, but it also rewards. If you’re chivalrous towards women, you may just get yourself a woman. If you’re courageous, you may very well win the battle. And if you – as a business – take a stance against porn, you’ll make up for your losses by the trust you gain from the people.

October 12, 2011 Our Stubbornly Resistant Church
Recent Comments
0 | Leave a Comment
Browse Our Archives
get the latest from
Catholic
Sign up for our newsletter
POPULAR AT PATHEOS Catholic
1

St. Maximos, The Will, And Universal...
A Little Bit of Nothing
Related posts from Bad Catholic 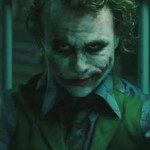