In Defense of the March for Life

This is directed at men. 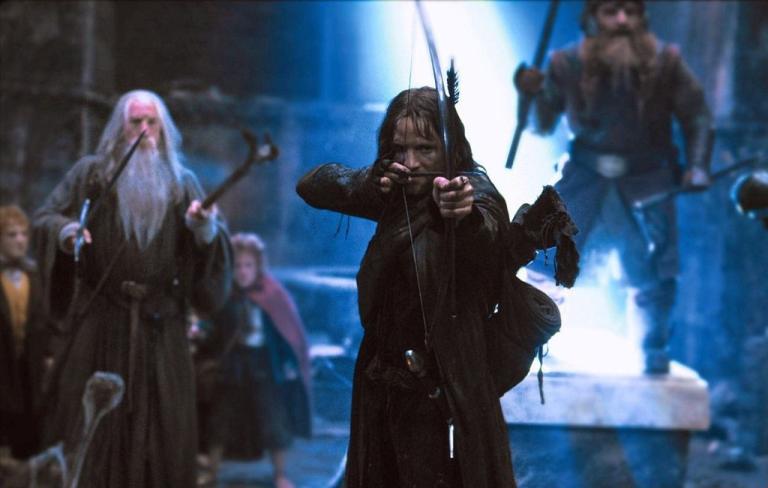 There is nothing more painful for the over-privileged male denizen of modern America than an absorbed reading of The Lord of the Rings, of Les Miserables, or even of The Adventures of Huckleberry Finn. These, by the golden light of fiction, depict acts of greatness foreign to us, inspiring us to take heroic action that, in all likelihood, we’ll never take.

It’s the same with accounts of men like Gandhi or Lincoln, Roosevelt or Douglass, Nelson Mandela or St. Thomas More. These men indict us. They are evidence that we can be great, in a world in which we’d struggle to name a single Great Man. They speak of our immense power to change the world, of our ability to crush injustice, to die for love, and to believe in something so awesome that our own existence pales in comparison — all in an age in which our primary experience of greatness involves the thought, “If I were there, I could do it.”

If I were a young man in the 50’s I could have linked arms with Dr. King and marched. If I were a Southern kid 70 years ago, I could have tracked the bear and killed it, dipped my hands in its blood and marked myself a man. If there were a World War, a struggle against slavery, an opportunity to prove unto myself, God, and the universe that I have lit within me a fire of courage, I’d do it. But these are bored and boring times, and my call to greatness culminates in the call to get a college degree and a subsequent salary, so I’ll slink back to a mediocre existence and hope to obtain courage and fulfillment by watching more TV shows about men courageous and fulfilled.

Obviously, this isn’t true. The opportunity for greatness does not evade us. It has never been more present. Where sin abounds, grace abounds all the more, and in a country that slaughters its own children, the opportunity for men to stand up, refuse their own apathy and to take upon themselves the title of abolitionist is offered like a sword hilt.

You think Gandhi had a reason to revolt? All the oppression of colonialism pales before the oppression of abortion as a candle before the fires of hell. Lincoln was called to greatness over the enslavement of his brothers and sisters. We are called to greatness over the murder of our own. It would be impossible to name a time more in need of heroes than one in which every day 3000 innocent human lives are intentionally objectified, discriminated against, and destroyed.

We can know this logically. We can understand the abolishment of legalized murder as the defining battle of this age, and even muster up the effort to share a few graphics on our Facebook pages proclaiming the fact. But it was not enough for Mandela to know that his people were being presented with the cold of cruelty, nor was it enough for Lincoln to acknowledge his discontent with the institution. What lifted Mandela up and enshrined him in the hearts of mankind as Great was the fact that he did what is within the power of every human being to do: He acted.

The reason every other street in the United States is named after Martin Luther King Jr. is not because he expressed of discontent over the spectre of racism. He fought racism tooth and nail. Greatness, that epic call from which none can claim exemption, is achieved through action.

So we should March. The March for Life cannot be a mere representation of the pro-life movement, a wave to the world to let them know of our existence. (The mainstream media has mandated that it will always be a weak wave — they’ll take pictures of the three counter-protestors and ignore the 300,000 faces of those bold enough to oppose legalized murder.) No, we should march on Washington as Martin Luther King Jr. did, with courage and conviction, with the joy and peace that is the fruit of rebelling against an evil age, with the beauty and youth that comes from affirming with our entire being the goodness of life and it’s triumph over death. We should march because greatness demands action, and we were made for greatness.

January 15, 2013 6 Reasons Why Men Can Speak on Abortion
Recent Comments
0 | Leave a Comment
""You know, it's not Christian to assume I am a bimbo just because God created ..."
Makishima Women Swiftly Running Out Of Things ..."
""...it can come on handy when I need a favor." "Women hate me for this. ..."
Makishima Women Swiftly Running Out Of Things ..."
"There would be fewer Muslims if they were not afraid for their lives to convert ..."
Maria Combe A Pagan Prophecy
"I know one excellent company which could make perfect ecommerce website strategy, which has proven ..."
Marry Jane On Catholic Design
Browse Our Archives
get the latest from
Catholic
Sign up for our newsletter
POPULAR AT PATHEOS Catholic
1

What are people starving for, Fr....
Catholic Bard
Related posts from Bad Catholic