Why Aren’t You Naked? 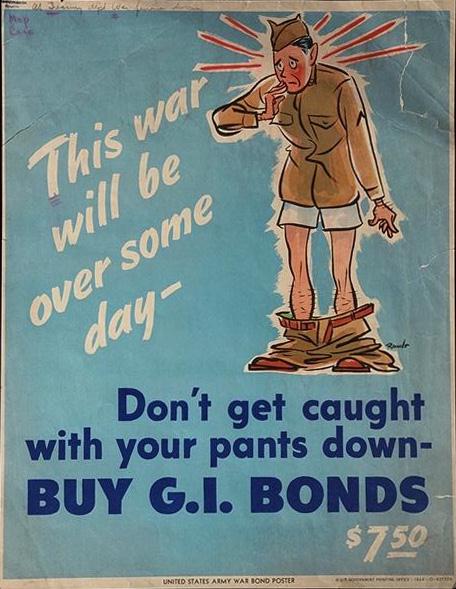 I’m curious as to why man is in the habit of wearing clothes, when no other animal has been spotted with even the smallest, most insignificant of socks.

We could say it’s the fault of the cold, but humans wear clothes at the Equator.

We could take a Darwinian tactic and argue that clothes are hygienic — and thus the people who wore clothes outlived and out-reproduced those who ran young, wild and free — but this assumes too much. A soiled rag around the crotch seems far less healthy than a lifetime in a birthday suit. Even if dressing was significantly life-saving back in our lol-what-is-a-hygiene days, an appeal to hygiene still doesn’t answer why clothe-wearing began. It can only describe how it succeeded after its genesis. (And we’re after a genesis, not an exodus. (Somebody, please, laugh.))

We could argue that going around naked makes a man vulnerable and ashamed, which is experientially true, but veers from science and into religion, claiming man as animal-embarrassed-of-his-genitals, he-who-covers-what-every-chimp-and-dolphin-flaunts, putting dead animal skin between him and his primary drive to reproduce, and bringing to center stage one of the most terrifying existential question we can ask: What is wrong with human nature, that we feel an obligation to cover it?

We could make an argument from necessity, something like “thanks to natural disasters, human beings had to move to new climates, and the wearing of clothes allowed them to do so”, but this will only ever be a decent guess, in that it could be equally true that humans first wore clothes, and wearing them allowed for movement to new climates.

All any explanation after the few we’ve mentioned can hope for is mystery and guesswork, for we find ourselves wearing clothes, ashamed to take them off, having done so as far as we can look back. We can’t even point to where the absurdity began. As Gilbert Keith noted:

The other day a scientific summary of the state of a prehistoric tribe began confidently with the words ‘They wore no clothes!” Not one reader in a hundred probably stopped to ask himself how we should come to know whether clothes had once been worn by people of whom everything has perished except a few chips of bone and stone. It was doubtless hoped that we should find a stone hat as well as a stone hatchet. It was evidently anticipated that we might discover an everlasting pair of trousers of the same substance as the everlasting rock. But to persons of a less sanguine temperament it will be immediately apparent that people might wear simple garments, or even highly ornamental garments, without leaving any more traces of them than these people have left.

You see the conundrum. So in the face of the question of why we’re so embarrassed to be naked — regularly dreaming of the situation occurring to us at our old high-school — two answers diverge in the woods.

The first goes a little like this: Science tells us that the human being is merely an animal. Presented with the fact that he acts strikingly unlike other animals, we must explain this difference as merely quantitative. So what is the difference between man and the other beasts? Man is simply more intelligent.

In his intelligence, he chose (well not chose, that implies free will, a thing no animal exhibits, and thus a silly 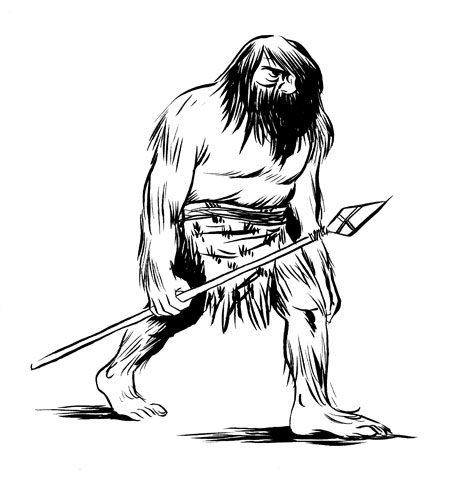 opening to an argument that holds man as no more than a smart animal. (Allow me a second attempt. (Oh, and drink.)))

Man happened to wear clothes out of necessity, driven by his own survival instinct, in response to migration, climate, disaster, or some other, unknown agent. First he lay under a dead animal for warmth, then he tried to take the animal with him, then he cut its skin, and thus forth. Perhaps, over time, this “happening” became a taboo. The idea that “it is good to wear clothes, it is bad not to” was enforced by a herd mentality, which sought the survival of the species, and “knew” — in that fur-wearers survived longer to pass on their genes — that fur-wearing aided the species survival. The shame we experience in nakedness today was born, a product of evolution, and has remained with us ever since.

It’s not bad, and I’m certain my pitiful attempt could be polished by some one versed in the language of anthropology and speculative darwinism. The problem is that it will always be a guess.

Another guess, one that has the value of being experienced every day, is that man is not just quantitatively different from the beasts, but qualitatively. Because clothes are a uniquely human phenomenon, man can be described as an animal who wears clothes. It’s not that he happens to wear clothes, which, as discussed, is only ever a guess. He is a creature who wears clothes, as a pelican is a creature that flies. If this is the case, it tells us something rather remarkable: Innate to the experience of human existence is the experience of shame, expressed by the fact that man is ashamed to be exactly as he is born –naked.

Now shame is something no human being desires to experience. At the very heart of human existence then, there is a thorn: Something-that-should-not-be-but-is. This is all rather odd, for a something-that-should-not-be implies desire for a something-that-should-be, namely, a world without shame. And if we contain within ourselves a desire for a world without shame, while living in a world of shame, then the simple fact of pulling on a pair of pants in the morning expresses a truth illustrated in the creation myths of every religion the world has ever put up with: The Fall, that bold and obvious proclamation that things are not as they should be, and that there is a better world to be attained.

When the woman saw that the fruit of the tree was good for food and pleasing to the eye, and also desirable for gaining wisdom, she took some and ate it. She also gave some to her husband, who was with her, and he ate it. Then the eyes of both of them were opened, and they realized they were naked; so they sewed fig leaves together and made coverings for themselves.

Then the man and his wife heard the sound of the Lord God as he was walking in the garden in the cool of the day, and they hid from the Lord God among the trees of the garden. But the Lord God called to the man, “Where are you?”

He answered, “I heard you in the garden, and I was afraid because I was naked; so I hid.”

And he said, “Who told you that you were naked? Have you eaten from the tree that I commanded you not to eat from?”

January 14, 2013 In Defense of the March for Life
Recent Comments
0 | Leave a Comment
""You know, it's not Christian to assume I am a bimbo just because God created ..."
Makishima Women Swiftly Running Out Of Things ..."
""...it can come on handy when I need a favor." "Women hate me for this. ..."
Makishima Women Swiftly Running Out Of Things ..."
"There would be fewer Muslims if they were not afraid for their lives to convert ..."
Maria Combe A Pagan Prophecy
"I know one excellent company which could make perfect ecommerce website strategy, which has proven ..."
Marry Jane On Catholic Design
Browse Our Archives
get the latest from
Catholic
Sign up for our newsletter
POPULAR AT PATHEOS Catholic
1

Whose June Is It?
Mudblood Catholic
Related posts from Bad Catholic