As humans endowed with free will, intellect, and the burning desire for transcendence, we should stop making Christian music. Here’s 5 of 100 reasons why:

1. Writing a “Christian” song reduces Christianity to a modifying adjective.

The well-intentioned creation of the Christian genre deems Christianity as equatable with as any other genre, like “Easy Listening”. Thus our earth-shaking, intellectual and faithful assent to the incarnation, death and resurrection of Jesus Christ is degraded into a choice amongst equally labeled choices: “R&B”, “Rock/Pop”, “Christian”, “Soundtrack”. (Circle which one doesn’t belong.)

A Christian genre insinuates that Christianity is the modification of a pre-existing reality. “Oh, you have music? Well here, have Christian music.”

But Christianity is reality. It makes a claim that we come from Love and are destined for Love, and that this is the very nature of every human being’s existence. Such a claim cannot modify music, it can only be the reality from which all our music springs.

Music should blossom from Christianity as vows from love. It is the poetic expression of reality as experienced by the Christian, not the expression of Christianity forced into poetry. If we are going to sing that “Jesus Saves” it should not be because we are writing a Christian song, but because Jesus really does save, and we are writing a good song.  In short, we should not write “Christian” music at all. We should be Christians and make incredible, authentic music.

Writing a Jesus-song is a well-intentioned denial that Jesus is the transcendental source of every song. We cannot actively attempt the creation of something beautiful without reference to Beauty itself, who is God. We cannot sing something true — even if it is the most misunderstood truth that “all you need is Love” — without reference to Truth itself, who is God. We cannot attempt to lift the spirit and transcend the world — which is the innate goal of all music — without acknowledging a transcendent reality towards which we have the incredible capacity to lift our spirits.

Harmony, melody, rhythm, rhyme, dynamics — these are not the joys of the material or even the animal world. Music is a creation unique to those “made in the image and likeness of God”, namely, to human beings. To sing is to express our immense dignity. To sing at all is to praise the God who distinguishes us from all things songless.

Even the most banal, goat-sacrificing, wannabe Satanic metal participates in the Christian reality by stringing three notes together and calling it a melody. Their songs contain order, and order is the province of God. Their songs contain harmony — however overdriven — and thus amount to pitiful attempts at Beauty, and Beauty is God. Sure, these bands intentionally miss the mark, miss the point, preach vice, fall short of writing anything good enough to last, and waste time indulging the petty, Dionysian emotions, but even their failure is Christian. Failure to be Good, True and Beautiful, can only exist in reference to the Good, True and Beautiful. If their music is bad, it is bad because it fails to be good, and thus in its very badness it gives testimony to that-which-it-fails-to-be, namely Good, who is God. Purely evil music would not be music, because evil is Nothing. If Satanic musicians really wanted to defy God, they’d let their amps exude white noise for an hour and call it a concert.

Kierkegaard’s words are vindicated by the Christian music world. By our insistence upon Christianity-as-genre we’ve effectively carved out a ghetto for music-about-Jesus. We have our radio stations, our record labels, and even our own, distinct, “Christian-music” sound. Christian, have you noticed how easily you ignore the Atheist section of the bookstore? What on earth makes us confident that the atheist will fall on his knees before the next round of Third Day? Here a C.S. Lewis quote seems worth tattooing to our faces: 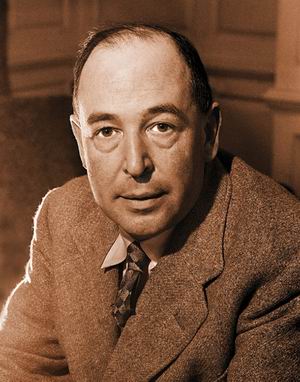 I believe that any Christian who is qualified to write a good popular book on any science may do much more by that than by any direct apologetic work…. We can make people often attend to the Christian point of view for half an hour or so; but the moment they have gone away from our lecture or laid down our article, they are plunged back into a world where the opposite position is taken for granted….What we want is not more little books about Christianity, but more little books by Christians on other subjects—with their Christianity latent. You can see this most easily if you look at it the other way around. Our faith is not very likely to be shaken by any book on Hinduism. But if whenever we read an elementary book on Geology, Botany, Politics, or Astronomy, we found that its implications were Hindu, that would shake us. It is not the books written in direct defense of Materialism that make the modern man a materialist; it is the materialistic assumptions in all the other books. In the same way, it is not books on Christianity that will really trouble him. But he would be troubled if, whenever he wanted a cheap popular introduction to some science, the best work on the market was always by a Christian.

4. As a label, Christianity becomes an excuse for mediocrity.

No. Love covers a multitude of sins, but a cliched refrain of his Most Holy Name will not cover the fact that your melody, chord progression, and overworked synth track are recycled versions of Nickleback’s last single.

Songwriting is a minor gift of the Holy Spirit. When the Holy Spirit becomes an excuse for mediocrity — the divine shoulders on which we dump a work of poetry, the craft of musicianship, and our own authenticity — we aren’t conversing with the Spirit, we’re making excuses, and committing a bizarre sort of heresy. We are saying that God is a magician who makes songs, books, poetry, art, blog posts and all the rest meaningful and life-changing after we’ve created them.

We are the ones who, in participation with God, make art awesome. If your music is bad, and you’re praying that God will do something great with it, stop praying and make better music. 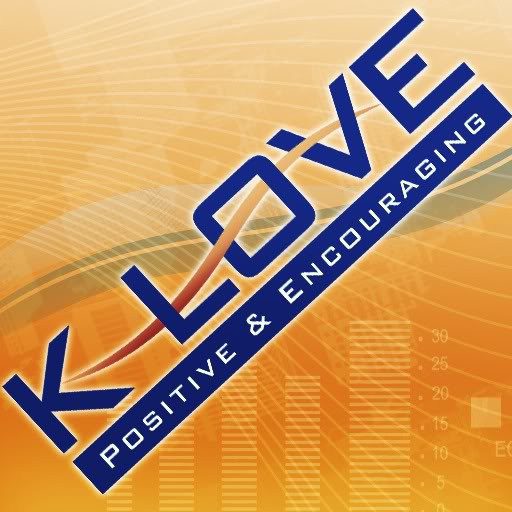 The mission statement of America’s most popular Christian radio conglomerate is as follows:

K-LOVE communicates the Gospel through mass media to leads as many people as possible toward salvation and spiritual growth. Air 1 Radio delivers positive cutting-edge Christian music to teenagers and young adults.

If the reality of Christianity is that which is expressed in the majority of “Christian” songs — and that which K-Love takes as their guiding principle — than I would much prefer to be an atheist. K-Love plays “positive” music. (Don’t get me started on the “cutting-edge”.) Every Christian radio station in existence gives the bizarre assurance before every song they play that they are in fact “positive”, “encouraging”, or “family friendly”. (It seems they could replace it all with “We are about to give you a song that sounds like a blanket on top of a kitten.)

We love a suffering God. To love Jesus Christ — which seems to me the essence of Christianity — is not to feel positively about him.

If you would sooner die than look your beloved in the eyes and thank her for giving you “positive” feelings, incorporate that same feeling into your consideration of writing a “positive” song about the Church’s Bridegroom, Jesus Christ. We our sojourners in the Valley of Tears. Our joy is immense, but never apart from the Sorrowful Heart of our Savior. Our new life comes from a death. Music should be our beautiful, authentic expressions of reality, and there is nothing authentic about “positive” Christianity.

Jacques Maritain sums it up: “God does not ask for “religious” art or “Catholic” art. The art he wants for himself is Art, with all its teeth.”

2. If you answered (b), does it follow that Marcus Mumford writes “Christian” music?

(a) Yes. (Follow up question: Why are Mumford and Sons absent from Christian radio?)

(b) No. (Follow up question: What of “Awake my soul/For you were made to meet your Maker?”)

(c) Yes, but he disguises it so non-Christians enjoy Mumford & Sons.

(d) No. Marcus Mumford writes good music. Mumford & Sons did not win album of the year for each of their albums in spite of the Christian content of their lyrics. They are not the rising generation’s most universally beloved band because they managed to effectively disguise their Christianity. The Christian content of their lyrics springs from an authentic source. Their music does not strive to be “Christian music”. Marcus is a Christian and his songs reflect his experience of reality. Because there is no need whatsoever to conform to a genre of Christianity, Mumford & Sons have utterly no need of cliches, and are free to express the brutal truth of Christianity in all her darkness and joy, using a language entirely real and universal. Thus thousands of drunk hipsters who would laugh at a chorus that shouts about shouting about letting all the world know that Jesus saves…will praise Jesus at a Mumford & Sons show.

March 11, 2013 The Erotic Uncertainty Principle
Recent Comments
3 Comments | Leave a Comment
"Great quality content man, I am really impressed with this one. Thanks for sharing this ..."
diksha gupta Culturally Catholic, Baby.
""You know, it's not Christian to assume I am a bimbo just because God created ..."
Makishima Women Swiftly Running Out Of Things ..."
""...it can come on handy when I need a favor." "Women hate me for this. ..."
Makishima Women Swiftly Running Out Of Things ..."
"There would be fewer Muslims if they were not afraid for their lives to convert ..."
Maria Combe A Pagan Prophecy
Browse Our Archives
get the latest from
Catholic
Sign up for our newsletter
POPULAR AT PATHEOS Catholic
1