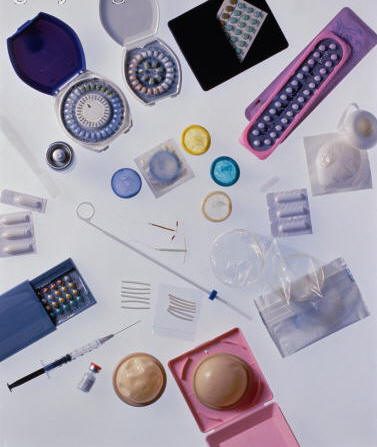 Scott Alexander’s critique of my attempts to show a potential connection between contraception and abortion is very good. Several of the countries I cite to show abortion rates rising alongside contraceptive use don’t actually establish causation. Some countries do, however, and for these Alexander quotes Guttmacher’s explanation of why increased contraception is often associated with a simultaneous increase in abortion:

The advent of modern contraception is associated with a destabilization of high (or “fatalistic”) fertility preferences. Thus, as contraceptive prevalence rises and fertility starts to fall, an increasing proportion of couples want no more children (or want an appreciable delay before the next child), and exposure to the risk of unintended pregnancy also increases as a result.

Ignoring the baby-scared lingo, Guttmacher are saying that contraception introduces a hitherto un-introduced philosophy, that small family sizes are better than large, or, as Alexander aptly puts it, “lots of sex, few kids.” Thus pregnancy becomes a risk, and thus abortion becomes desirable.

Alexander agrees with this evaluation, which is nice, because it was precisely my evaluation. The introduction of contraception raises abortion rates by creating a contraceptive culture which sees the child as “unintended,” a situation to-be-avoided, thus creating a “need” for abortion in the event that contraception fails, the ability to “terminate” a pregnancy that was previously supposed to “prevented.” This isn’t complex stuff. Even suPPer Guttmacher admit it. But Alexander lends an important distinction to my previous claim. It’s not always the case that increased contraception causes increased abortions. Let me bandwagon on his thesis. The introduction of contraception sometimes causes a simultaneous increase in abortion (by immediately creating a “no-kids” demand) and sometimes contraceptive use rises simultaneously with abortion because they are both rooted in a common philosophical shift in which “people want to have lots of sex but not have kids.”

What Alexander seems to agree with (at least insofar as he didn’t say that I was wrong), is that the introduction of contraception into non-contraceptive cultures, whether on its own or as part of a general philosophical shift, is rarely associated with a decrease in abortion. As we’ve discussed before, the vast majority of countries people point to make this blanket “contraception reduces abortions” argument are ex-Soviet countries, countries that legalized abortion long before most Western countries could even talk about it in public. These countries use abortion as their primary form of family planning, and despite contraceptive’s limiting influence, still have the highest abortion rates in the world. In short, the introduction of contraception into ex-Soviet countries did not create the contraceptive culture Guttmacher refers to because an abortion culture was already there, with all its teeth. That people use these countries to render contraception an across-the-board anti-abortion tool is stupid.

I hardly need to point out that, from the perspective which views abortion as the deliberate destruction of innocent human life, Alexander’s conclusions — if I’ve read them correctly — do not amount to a glorious redemption for our dearly beloved contraception. With a nod and a fist-bump to inevitable outliers, the introduction of contraception is either

1. Causing an increase in abortion,

2. Rising from the same “less-children” root that blooms with the bitter fruit of abortion, or

3. Causing a decrease in the abortion rates of countries that see contraception and abortion as virtually the same thing.

And really, I dunno. It’s tough to say. Sometimes increasing contraceptives locally does reduce abortion rates. Other times it doesn’t. Alexander cites a decrease in abortion in the United States between 2008-2009, yes, but no one has adequately shown me that this is the result of our increased contraceptive use and not the growing philosophical victory of the pro-life movement, our record number of state-level pro-life laws, the popularity of scary-ass people like Gosnell, or some combination of the three. Alexander suggests the recent decrease is “due to both fewer unintended pregnancies and less willingness to end unintended pregnancies with abortion,” and again, I’m open to agreement, but I have to ask the following:

So maybe contraceptive increases will decrease the abortion rate. Maybe they won’t. I’d agree with Alexander, that our movement towards long-acting contraception will probably lead to reductions in our abortion rate, as there’s far less room for human error, but I’m curious: Does he believe that this would reduce the abortion rate back to its relatively low level before we became a contraceptive culture? Because the goal of those who view abortion as a human rights atrocity cannot be to lower the abortion rate here and there using a method which ultimately perpetuates an overall demand for abortion by separating the act of sex from the family and the child, that demand Guttmacher notes so eloquently.

And this really is the fundamental issue for those facing the complaint that “if you were really pro-life you’d support contraception.” The heresy of consequentialism aside, it seems to me that supporting the use of even the best, most semi-permanently sterilizing devices our friendly pharmaceuticals have to offer would still perpetuate the culture which opposes the child, the culture which has us saying, “Hey, killing the unborn, sounds like a great idea.” Contraception will always create, or aid a demand for abortion. As Guttmacher says:

Demand for abortion falls to zero only in the “perfect contraceptive” population, in which women are protected by absolutely effective contraceptive use at all times, except for the relatively short periods when they want to conceive, are pregnant or are protected by lactational amenorrhea. Because such a state of perfect protection is never actually achieved, a residual demand for abortion always exists…

This is the ideal, always-creepy contraceptive scenario that we’re moving towards with our newfound hope in long-acting contraception. Somehow, I don’t have high hopes for it reducing abortion rates to a level in which we can sleep well at night (lol jk, we’re all sleeping well), because I worry that the greater the promise of “no-kids” a contraceptive device brings, the greater the likelihood of abortion in the event that the device fails. This seems to make sense: A married couple practicing withdrawal will probably be less likely to freak out over a pregnancy than a couple who have sacrificed 3 years of natural cycling with an IUD. This is just speculation though, maybe I’m totally wrong.

The bottom line: Even when increased contraception isn’t directly causing increased abortions, the two come from a similar philosophy, a philosophy they are both representations of, and which they — in turn — promote. Those who understand that abortion destroys a human life should be personally wary of supporting contraception, which has been shown — in one way or the other — to hold hands with abortion.

I look forward to Alexander’s response, and all you readers are wonderful, beautiful, and destined for incredible acts of heroism.

June 3, 2013
Getting a Little More Detailed with the Contraception/Abortion Connection
Next Post

June 4, 2013 Popular Music as a Nauseating, No Good, Very Bad Attempt at Propping Up a False Sense of Eternity (With Goats)
Recent Comments
0 | Leave a Comment
"All political art is lame?"
George Arnold Ghosts With Erections
"I don’t know what bible your reading, but if you really think Jesus wanted his ..."
George In Defense of Covering Catholic Churches ..."
"1. Conflates a child's sense of wonder with religion.2. Untold thousands of children have been ..."
Lucius 3 Arguments Atheists Aren’t Allowed To ..."
"Brilliant and mind opener. You're hot! Jajaja"
agusq1970 Modesty Sets Fire
Browse Our Archives
Related posts from Bad Catholic