Things Modesty Hasn’t a Damn Thing to Do With 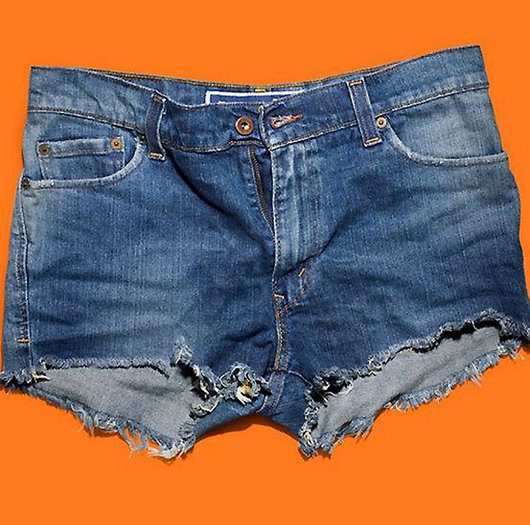 Our sexless, sterile, intolerably flaccid, bored, addicted, all-but-objectified, whored-out, frigid, entirely depersonalized, anti-erotic culture wouldn’t know modesty if she took her shirt off and flashed us in an episode of Girls With Low Self-Esteem. (Not that she would, being modest.) This seems apparent in our inability to articulate a definition or criticism of modesty that isn’t immediately suspect.

Christians, on the other hand, tend to do one of three things. They might get busy inventing arbitrary standards of modesty, defining the precise number of centimeters between knee and skirt, breast and shirt, strap and shoulder — objective standards ruined by the first breast-baring culture to poke it’s head out of their National Geographic magazines, the first breast-feeding woman, and just about every resplendent depiction of the nude form, ever. But modesty as mere obedience to law and dress-code is not modesty at all.

Or they’ll say “modest is hottest,” that it “leaves room for the imagination,” as if modesty were a particularly perverse method of reverse psychology, in which the Christian male is aroused by the sordid, steamy not-showing of cleavage. But modesty as a coy, hard-to-get alternative to immodesty is no modesty at all.

Or, and this is probably most likely, they just don’t think of it.

But almost everyone who has the courage to lift their heads above apathy’s drowning pool and talk about modesty at all — Christian, feminist, atheist, the lot — expresses the virtue as a thing primarily determined by its effect on the other, as if total modesty was, by way of dress, the ability to not tempt a man into lust. Thus seems to me the saddest, most hopeless definition of them all.

First of all, virtues are good in themselves. We should love our neighbor even if his answer to our love is hate, because the virtue of charity is not valued for its effect — though what wondrous effects! — but for it’s far more wonderful being, it’s is-ness and its what-ness and the fact of its existence. We are to love because it is good to love, and there’s not much more we can say. That the value of modesty is primarily expressed as dwelling in usefulness — its capacity to help others master their lusts — seems to me a hollowing out of the thick, life-affirming center of modesty.

In a bored, pornographic culture, we need — more than ever — a definition of modesty that is not based on the gaze of the other, because the other is more than likely a little head-screwed about what is arousing and what is not. This much as clear: Modesty as merely a method of preventing lust in the onlooker is no modesty at all.

Now the Catholic Church has a definition of modesty that’s so revolutionary, so fearlessly true, so holistic and personal that our wannabe fearless, revolutionary, and holistic culture has done what all wannabe cultures do — ignored it, because, as everyone knows, ideas developed in 1976 inspire far more faith than ideas wrestled with for 2000 years, and who wants to listen to a Church who claims to speak with the authority of God, right? Gross. But the Catholic knows (because Catholics are smug, arrogant prigs) that the swarming multitude of idiocies surrounding the concept of modesty are only bad attempts at imitating what the Church has declared to be true for all eternity. Indeed, as a multitude of ripples on the surface of lake suggests a particularly massive rock plunged into its waters, so the multitude of reactions to and from the Church’s definition of modesty only indicate its terrible, awe-inspiring weight.

“Modesty exists as an intuition of the spiritual dignity proper to man. It is born with the awakening consciousness of being a subject.” (CCC 2524) God, how a little existentialism can clear the air. In my next post, having hopefully cleared up some false conceptions of modesty, I’ll begin the far more difficult task of expressing a true one. Do stick around, and read this post, which might help anchor you in the vocabulary I’ll inevitably be using.

June 11, 2013 Modesty is Honesty
Recent Comments
0 | Leave a Comment
"I don’t know what bible your reading, but if you really think Jesus wanted his ..."
George In Defense of Covering Catholic Churches ..."
"1. Conflates a child's sense of wonder with religion.2. Untold thousands of children have been ..."
Lucius 3 Arguments Atheists Aren’t Allowed To ..."
"Brilliant and mind opener. You're hot! Jajaja"
agusq1970 Modesty Sets Fire
"Great quality content man, I am really impressed with this one. Thanks for sharing this ..."
diksha gupta Culturally Catholic, Baby.
Browse Our Archives
Related posts from Bad Catholic