Catholics are called to love the poor in a fundamentally different way than Americans. For our culture, charity towards the needy is a kind thing to do, a worthwhile, fulfilling enterprise that a person should be lauded for engaging in. Love of the poor, in short, is a noble addition to a good, moral, and meaningful life.

The Church, on the other hand, is drastic in her demand that we love, love and love the poor. The Catechism of the Catholic Church — that beautiful summation of the truth of all existence — says that “those who are oppressed by poverty are the object of a preferential love on the part of the Church…” (CCC 2448) To be absolutely clear, preference is “the selecting of someone or something over another or others.” The poor, then, are the object of the Church’s love over the Church’s love for others.

The meaty implication is as follows: If the Church’s love for the poor is a preferential love, then we who claim communion with the Catholic Church are similarly obliged to develop a preferential love of the poor. If this freaks us out — for it freaked me ever-so-slightly — it may be because we live in a culture that associates love with equality. Surely to love everyone means to treat everyone identically, to grant them all an equal response of goodwill? How then, are we to love one group of people more than another?

Love as equality, while cute, is false. To love a person is to desire his good. The good for some people is not the same as the good for others. To love an introvert may mean to leave him alone, but this is not the same good proper to the extrovert. Since love is personal, and persons are unique, love is unequal. 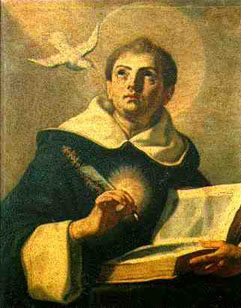 St. Thomas Aquinas argues this in regards to God’s love for us. God loves everyone with equal “intensity,” sure, for he loves each of us infinitely. In the language of Aquinas, “He loves all things by an act of the will that is one, simple, and always the same.” And so we should everyone with equal fervor. However, since “to love” is “to will the good for another,” Aquinas goes on to say that “God loves some things more than others. For since God’s love is the cause of goodness in things…no one thing would be better than another, if God did not will greater good for one than for another.” (Summa, First Part, Question 20, Article 3) God loves each of us completely, willing for us the good which fulfills us personally. This does not mean that he loves us equally, for he may will a greater good for you than me.

Obviously, this is radically different than our culture’s blanket conception of love, which usually amounts to a general good feeling towards all people, instead of a personal willing of the good for that particular, unrepeatable old lady at the barber’s shop. The latter is the love commanded by Christ, when he told us to “love our neighbor.” Christian love is not leveling of differences that results in equality. It is precisely a love of people with all their differences, and is thus an unequal love, proper to unequal people.

So we arrive back at the point. The Church loves the poor with a preferential love. The good we should desire for them is a greater good than that which we desire for others. (This is obviously connected to the lack of due goods those oppressed by poverty may have — we must desire greater and more goods for the poor than we desire for those who are already secure in material and spiritual goods.) So the first difference between the Church and the culture is that what the culture claims is a good “addition” to life, or just another way of loving, the Church claims as a priority and a love above other loves.

The second difference between American charity and Catholic charity is in their attitudes towards giving to the poor. I think there are three primary American attitudes at play here. The first is that of the fictionist Ayn Rand — all giving to the poor is evil, for it creates dependency and stifles the human person’s ability to achieve, earn, and succeed for himself. The second attitude is that giving is an option — do it or don’t, but there is no obligation to give. The third is that giving to the poor is an obligation — for we are all called — perhaps by Jesus, perhaps by a love for humanity — to give to our brothers and sisters in need. This is the typical source of American generosity.

The Church transcends all these attitudes. The Catechism quotes St. John Chrysostom, who says “Not to enable the poor to share in our goods is to steal from them and deprive them of life. The goods we possess are not ours, but theirs.” (CCC 2446) Giving to the poor is not an evil, nor an option, nor even an act of charity, kindness or generosity. It is an act of justice. To be just to another person is to give them what is their due. It is not just a kindness, an act of generosity or even an act of mercy to provide the homeless with homes, the hungry with food, the needy with money, the lonely with conversation and the spiritually impoverished with evangelization — no, these things are owed to the human person by his very nature as a child of God. To know a person lacks these due goods is to owe them to that person. “When we attend to the needs of those in want, we give them what is theirs, not ours. More than performing works of mercy, we are paying a debt of justice.” (CCC 2446)

The Catholic must give to the poor, and this obligation transcends the typical, American Christian sense of obligation, for the Catholic steals if he does not give. This fact — that giving is justice, not giving an injustice — does not separate giving from love. For love is the source of all virtues. To truly love some one is to be just to them, for love views the object of love in the entirety of his person — and this includes the goods owed to him.

So give like a Catholic. And remember the immortal words of Peter Maurin, co-founder with Dorothy Day of the Catholic Worker Movement:

People who are in need
and are not afraid to beg
give to people who do not need
the occasion to do good
for goodness’ sake.
Modern society calls the beggar
bum and panhandler
and gives him the bum’s rush.
But the Greeks used to say
that people in need
are the ambassadors of the gods.
Although you may be called
bums and panhandlers
you are in fact the Ambassadors of God.
As God’s Ambassadors
you should be given food,
clothing and shelter
by those who are able to give it.