The Problem With Youth Ministry 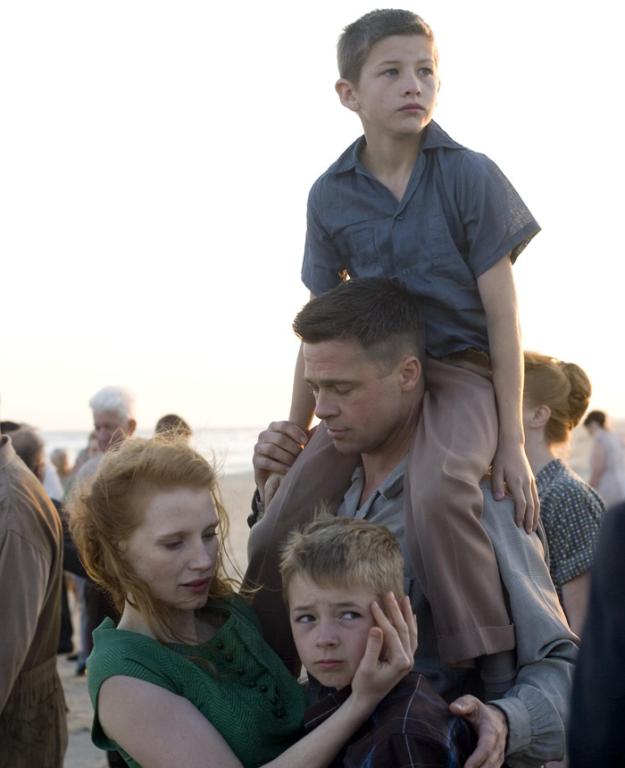 Youth ministry is not the Church’s primary method of ministering to youth (and by “youth,” I mean nothing more than people who, relative to adults, lack some experience). It is a method, sure, and perhaps even a necessary one, but it is not the method. “The home is the first school of Christian life,” (CCC 1657) sayeth the Catechism, and it is the home that serves as the fundamental, original source of catechesis and evangelization, and if we could understand that, we might have a chance at becoming Catholics.

What, after all, are we trying to fill our undersized humans’ heart-space and cranial fluid with? The Gospel. But what is the Gospel? The Gospel is the “good news.” But what is news? News is the communication of an event from one who has seen to one who has not — hence it is “new” to the one who receives it. What, then, is required to believe in the veracity, authenticity and relevance of a piece of news?

First of all, it is not that the event communicated seems overwhelmingly true. When I was told by my father, on September 11th, that the twin towers were attacked, I did not believe the event to be true because it made sense, nor because I had any empirical evidence of its happening. No, news is believed as the result of my relation to the messenger. The fundamental issue is whether or not he is an authority — whether or not he is one in whom I believe.

I perceived September 11th as an event that self-evidently did not fit with my world, and event so bizarre that could not be made a part of my life. And yet I believed, based on the relationship between myself and my father, for however unbelievable the event, the authority of my father and his relation to me was firm. 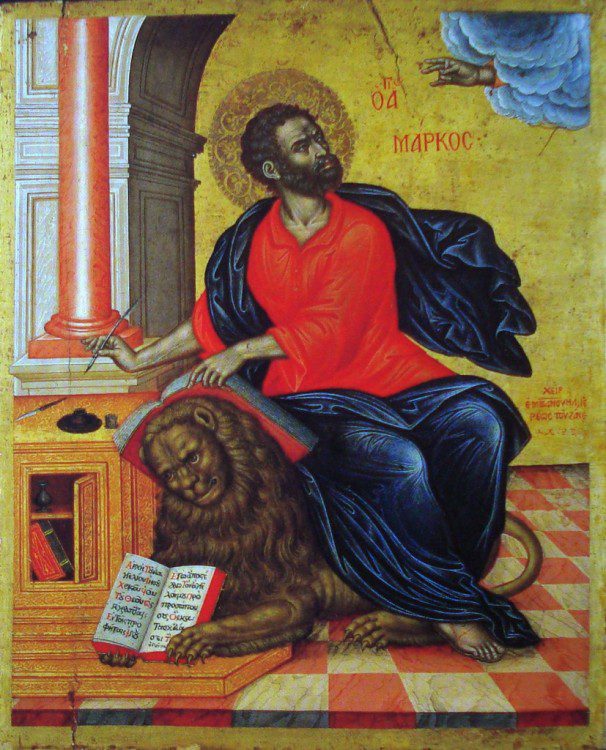 As with news, so with the Good News (that mankind longs for God, and that within a small, occupied tribe of human beings called Jews, around 33 A.D., that same God became man to reunite us to Him by his life, death and resurrection, and thereby fulfill our longing beyond every expectation.) This Gospel is not grasped by a complete understanding of the Gospel — who among us would dare claim complete comprehension? Neither is the Gospel believed on the basis of the brilliance or the creativity of the one who expresses it — for such “belief” amounts to a consent to an advertisement. This Gospel is the proclamation of an event, from those who know to those who don’t, and so it has been since the eyewitnesses of the event itself (John 19:35). It is a piece of news. As such, it is believed on the basis of the authority of the one who proclaims it. This dependence of faith on other people is expressed in the Catechism:

Now belief in and assent to authority is not the end of reason, but is rather reason’s genesis. “Faith seeks understanding,” (CCC 158) and the act of faith, by which we believe because of the authority of the news-bearer, immediately thirsts after reason as a necessary consequence of belief. When my father told me of the events of September 11th, I believed, and because I believed, I wanted to understand. Only because I first believed my teachers did I ever understand what they taught. Faith enables reason. As Augustine says “I believe, in order to understand; and I understand, the better to believe.”

But if the Gospel is first grasped through authority, the person made parent becomes an apostle. For the loving relation of parent and child includes a radical belief in the parent. The child points and asks what a certain slippery, animate rock is. His mother says “frog” and the child believes. Language is not developed by the child. Language is given through the authority of the parent, and received by the belief, by the faith of the child that his parents do not lead him astray when they point to things and tell him their name. If language is the very framework by which we know the world, we may say in earnest that the parent gives the world to their children through a relationship of authority and belief. Children are given the content and the meaning of the universe through authority.

The family consists in a natural authority, and as such, is a fundamental space in which to proclaim the Gospel. Antitheists complain that this form of evangelization — catechesis — is an indoctrination, an imposition and a brainwashing that refuses to let the child choose for himself. 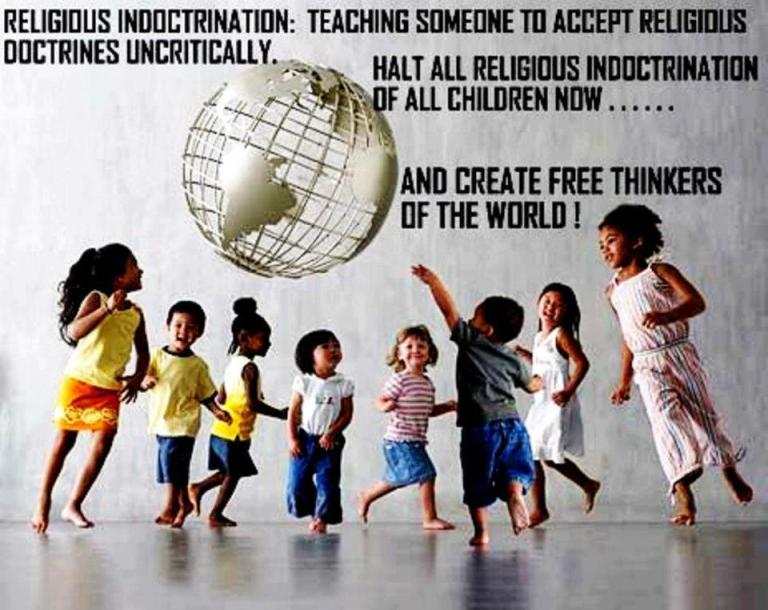 I agree, but would point to a larger evil of which the terrors of religious education are but a part — parenting itself. Because of the relationship between the parent and the child — that of one who knows and one who does not, that relationship in which news is possible — all parenting is informative, that is, all parenting inwardly forms the child. All parenting is indoctrination. Everything is news to a newborn, and thus the validation of everything and anything depends, at first, on the child’s faith in an authority. The world is first known by belief in authoritative statements — “this is a ball,” “it’s bad to hit,” — what we might call doctrines or dogmas. Whether language, manners, culture, ethics, values, scientific fact, or history, as long as the child looks to the parent with eyes of faith — which seems to me the naturally established parent-child relation — then the parent’s voice is a voice of authority, and authority and the Disney ethos of kids-choose-for-themselves are incompatible. When antitheists sneer with the same potency of condescension at the mother teaching her child to read and share as they do the mother teaching her child that there lives God who loves sinners, then, inspired by their miraculous display of consistency, I’ll laugh less.

But let’s get to the point. The problem with youth ministry — and I speak of the American model of a hired youth minister who is paid to hold classes, lead retreats and otherwise proclaim the Gospels — is that there is no necessary relationship of authority between the ministered and the ministered-to. The fundamental relation necessary for the communication of the Good News does not necessarily exist.

When a person does not or cannot speak with authority, and thereby communicate a piece of news, they must convince their listeners of the veracity of the event. Had my relationship with my father consisted in anything but authority and faith, I would have demanded empirical evidence, proof, a second opinion — in short, I would have demanded convincing. This is the good work of youth ministry, that in its catechesis and evangelical efforts, it seeks to convince those who will not or cannot believe in faith, in order that they might grow in faith.

But this is also why youth ministry is particularly susceptible to the temptation of gimmickery, a word which should exist. When convincing is the name of the game, we often go about it in the way we are taught by our capitalistic culture — find what your “market” likes and sell it to them. We are tempted to piggyback the faith onto already-liked objects — like pop music, t-shirts, and hashtags — and thereby close the gap left by our lack of authority by disguising the faith as an already accepted authority — the authority of the culture. Thus: 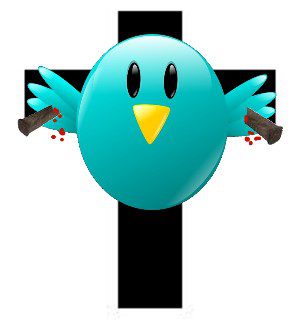 The voice of authority is never desperate, but the voice of persuasion and advertisement too often is.

But this is just a temptation, and one that can be avoided. There is a deeper issue. Youth ministry as a primary catechetical and evangelical tool only exists as a necessity if the family has failed. Of course, this makes youth ministry necessary, in that families do fail, all the time. Catholics are largely uncatechized. Parents have the voice of authority but lack an understanding of the event which they are bound to communicate in that same, strong voice. Families miss the time of authority-faith relation and only begin catechesis when their’s is the work of convincing, and convincing teenagers. And more than this lack of catechesis, there is a lack of parents being authority figures at all, whether through absence or vice. Again, the system of youth ministry deserves applause for seeking to fill this gap. But this clearly establishes youth ministry as an emergency measure, not a norm.

If our modern youth ministry is truly Catholic, it will work towards its own demise. It must not become “the way in which children are catechized,” or “the way kids encounter the Gospel,” for the Gospel is given through authority, and while a fantastic youth minister, through the power of God, can certainly establish a relationship of authority-faith between himself and those he ministers to, this relationship is not inherent to him. On the other hand, so inherent is the authoritative catechetical role in the parent that the Catechism refers to the family as Ecclesia domestica — the domestic Church — a microcosm of Mother Church, the single manifestation of divine authority in the world today. My worry is that youth ministry — if it does not soon see itself as filling the gap left by the failure of the family — will become a self-perpetuating system, establishing itself as the modus operandi of each and every parish, to the point that the domestic Church is all but obliterated because parents can “just send their kids to The Edge and LifeTeen,” and do not need to exercise their beautiful, humbling, evangelical authority.

True youth ministry will work to establish points of authority, to help build families who — because they live in that natural relation of love which makes the communication of the Gospel possible — do not need modern youth ministry. The Gospel is news, and news requires authority. If youth ministry wishes to preach and spread the Gospel, it will work to continuously reduce the need for hired convincing, to instead build up in number and strength those two institutions which exist in their very nature as sources of authority — the family and the apostolic priesthood.

August 17, 2013 2 Ways Catholic Charity is Bizarrely Unlike American Charity
Recent Comments
0 | Leave a Comment
"I don’t know what bible your reading, but if you really think Jesus wanted his ..."
George In Defense of Covering Catholic Churches ..."
"1. Conflates a child's sense of wonder with religion.2. Untold thousands of children have been ..."
Lucius 3 Arguments Atheists Aren’t Allowed To ..."
"Brilliant and mind opener. You're hot! Jajaja"
agusq1970 Modesty Sets Fire
"Great quality content man, I am really impressed with this one. Thanks for sharing this ..."
diksha gupta Culturally Catholic, Baby.
Browse Our Archives
Related posts from Bad Catholic