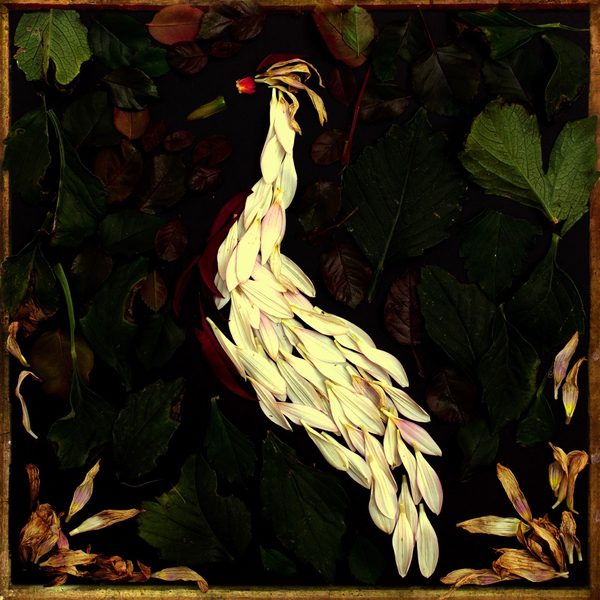 In case you don’t know by now, Audrey Assad wrote a new album entitled Fortunate Fall, a work full of meat, weight and prayerfulness that you should purchase with your hard-earned dollars to make the world more beautiful.

I like Audrey’s new record for all the wrong reasons. It stretches away from the “Christian Music Scene,” bridging out into the unknown in an authenticity and a craftsmanship that make up the water and sunlight of good art. First of all, it was created independently, apart from the oh-so-helpful directing influence of a record company — ever with an eye on what the market wants — a company that would inevitably manage to malform at least 3 or 4 of the tracks into easy, accessible radio singles that would “reach so many hearts,” which the Christian equivalent of saying “it will make money.” With the help and expertise of her husband, Audrey raised the funds for the album with an immensely successful Kickstarter campaign, and thus carved out a sacred space of artistic freedom in the creation of Fortunate Fall.

Secondly, and as a result of Audrey’s ditching of the Christian convention, the album itself is dark, simple, and beautiful — like coffee and death. It is the least catchy of her albums, and as such will annoy a lot of people who are wrong in their expectations for Christian artists. Fortunate Fall is full of orchestral breaks, clarinets, a few odd time signatures, and a real sense — and this is the thing — of a suffering strive towards God as opposed to a happy having-found. Perhaps it’s the Catholicism, forever set against the “once saved always saved” mentality in favor of a “fear and trembling,” but Fortunate Fall rips words out of their bright cliches and delivers them against a backdrop of moody, near-contemplative hymnal music. Take Audrey’s take on Psalm 23, a psalm doomed and damned to happy-feels by a multitude of bad repetitions. Audrey’s “Lead Me On” is one of the more typically structured songs on the album, but by giving the verses a musical darkness she allows us to believe in the psalm again, to see it as faith in God that comes out of “the valley of the shadow of death,” and not just from a frolick in the “green pastures.”

“Your rod and your staff are a strange mercy / In a world where I’m not yet home,” she sings, and it’s that strange mercy that rings around the album, the unexpected, eucatastrophic saving power of God that is terrible and mighty and gentle to behold. Christians have their hands cupped around something unbelievably good, a mystery of salvation beyond anything but beauty to express, a mystery that does not and cannot exclude darkness, uncertainty, and oddity — and Audrey seems to working on expressing it.

But all this brings me to the fact that Audrey Assad’s new album, Fortunate Fall, stinks unapologetically of incense. While the singer-songwriter was never quiet about belonging to the One, Holy, Universal Church, Fortunate Fall busts through the closet and backhands its audience with dark chapels, Latin, hymns by Blessed John Henry Newman, and even a litany:

Of course, this should all be rather obvious by the title Fortunate Fall, taken from the Exsultet, that ancient chant sung during the Easter Vigil.

O truly necessary sin of Adam, which the death of Christ has blotted out!
O happy fault, that merited such and so great a Redeemer!

But this romance with the Catholic Church seems to be another way the album is branching from the Christian music scene, and for obvious reasons, I dig it. It’s available on Amazon and iTunes — go give it a listen.

September 15, 2013 Ignoring Jesus 101
Recent Comments
0 | Leave a Comment
"Great quality content man, I am really impressed with this one. Thanks for sharing this ..."
diksha gupta Culturally Catholic, Baby.
""You know, it's not Christian to assume I am a bimbo just because God created ..."
Makishima Women Swiftly Running Out Of Things ..."
""...it can come on handy when I need a favor." "Women hate me for this. ..."
Makishima Women Swiftly Running Out Of Things ..."
"There would be fewer Muslims if they were not afraid for their lives to convert ..."
Maria Combe A Pagan Prophecy
Browse Our Archives
get the latest from
Catholic
Sign up for our newsletter
POPULAR AT PATHEOS Catholic
1