In the Bleak Midwinter

Not long ago, I wrote about dreading our trip home for Christmas. I was looking forward to seeing our families and especially our niece and nephews, but every time we go home the Ogre and I fight. It’s often related to long-held disagreements about our different families and the stress of the holidays usually brings it to a head.

However, this year we swore not to fight. I told the Ogre that on Christmas Day, if we fought, I would leave whatever celebration we were at and get on a plane, abandoning him with three children, one of whom would probably be really hungry. I told him over and over and over that all I wanted was a peaceful Christmas, a Christmas where we were together in spirit. He assured  me that we wouldn’t fight, that if any issues arose they would be handled calmly and without fighting.

Christmas morning, we woke up and opened presents with my family. It was loud and raucous and wonderful and just like I remember Christmas from  my childhood. While my mom cooked breakfast the Ogre and Sienna tried out her new bike while I wobbled around on my  new rollerblades. Charlotte played with her new train, Liam slept and my brothers and sister took turns capturing our Christmas morning on the Ogre’s new flip cam. It was fun, but it wasn’t Christmas.

Then we cleaned up in a flurry and headed out to Dallas to the Ogre’s brother’s house, where we were to celebrate Christmas with the Ogre’s family. It started in the car; a small, nothing disagreement that should have been handled calmly and forgotten. But I was snippy and the Ogre was irritated and we started bickering. Then we got to his family’s celebration, and an offhand and thoughtless remark by  me sent the Ogre into one of his silent furies. About thirty minutes after silence descended over us, a silence that certainly did not go unnoticed by his family, we went outside to work it out. But we didn’t work it out; we screamed and fought and neither of us gave an inch.

The rest of Christmas evening was a bleak affair. We ate dinner in silence. His mother asked us both to let whatever it was go so that the family could enjoy Christmas, so we put up a good show. We opened presents together, but we weren’t together. We were like the lyrics to “Every Rose Has It’s Thorn”; close together, but miles apart inside.

On the way back to my parent’s house we were mostly silent but still fuming. We started fighting again about halfway there, and our sleeping children, whom we had hardly seen all evening, woke up crying. We went inside to put the kids to bed but got so distracted by our anger that instead of putting them to bed, we fought and fought and fought while they sat on their beds, crying.

We didn’t talk the next day. The silence gave me a lot of time to think. At first I was upset because I felt that the Ogre just didn’t care about me. All I had wanted was a peaceful Christmas, and he had ruined it.

That line of thinking gave me about three solid hours of bitterness and self-pity. Then, resigning myself to being reasonable, I took a hard look at my own actions which had contributed mightily to the events of the day. After playing it all back in my head until I felt like I had a clear picture of the whole disagreement, I came to a conclusion. I took our fighting like that to be a sign that we hadn’t changed as much as I had hoped. When we lived in Texas we used to fight like that all the time. We had a rocky and difficult relationship. But we grew up a lot in Vegas, and we hardly ever fight anymore. Even when we do, it’s never loud and drawn-out. It’s usually a quiet disagreement that is handled quickly. So when we come back to Texas and get into a screaming match, I see shades of the people we used to be, people I had hoped to never see again, and it terrifies me.

The next day the Ogre and I sat down to talk about it. I told him the conclusion I had come to and what our fight meant to me. After talking about it for a bit, though, I realized that that wasn’t actually the reason I was so upset. While those people that we were will always be with us, we simply aren’t them anymore. Even when our fighting gets out of hand, it doesn’t mean that we are out of hand, the way we were back then. I kept coming back, again and again, to the fact that Christmas had been terrible. That was what I was so upset about. The Ogre didn’t understand why I was so upset about it until I finally managed to put it into words.

We ruined Christmas. Again. Not just for ourselves, but for our children. We ruined Christmas because we put ourselves ahead of Christ. It’s His day, after all. The day when we should remember His birth, His life, and His death. The day when we should remember the hope and peace and joy that He brings. The day when we should revel in those gifts which He has given us; the gift of Himself above all, but also the gift of each other. The gift of our marriage and our children. The gift of our wonderful families. But instead, we thought only of ourselves, and not just when we were fighting. The morning was wonderful, but instead of setting aside time to read the story of the Nativity or to talk about Christ, we just dove right into a pile of presents. It was fun, but it wasn’t Christmas.

We’re trying to reclaim that lost day now. We’ve bought the girls each a few small presents and have been taking time each day to give them their presents, talk about Christ, and spend some quiet time enjoying our children and each other.

It’s all we can do now, but we have yet another gift to be grateful for soon: the gift of a new year. What a blessing it will be to wipe the slate clean and begin again, to dedicate ourselves to putting Christ first this year. Next Christmas will be different. Next Christmas we will celebrate the coming of our Lord first, before presents, before breakfast, before coffee and definitely before arguments. I suspect that if we begin the way we should, the rest of Christmas Day will fall beautifully into place.

January 11, 2011 Fourteen Quick Takes Tuesday
Recent Comments
0 | Leave a Comment
Browse Our Archives
get the latest from
Barefoot and Pregnant
Sign up for our newsletter
POPULAR AT PATHEOS Catholic
1 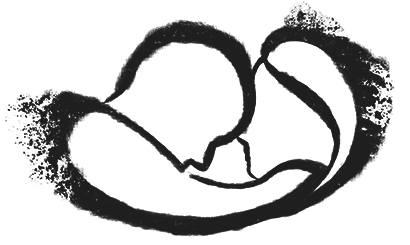