Let Me Count the Ways

Last week, Simcha wrote a post about grace coming in increments. The post was written in order to more clearly elucidate the intention behind the Pope’s comments on condoms that made otherwise intelligent people act like blibbering morons, but she started it with an illustration about her own struggles with weight loss. That’s the part that stuck with me.

(Quick disclaimer: it isn’t that I didn’t find her explanation of the Pope’s comments interesting, it’s just that this whole overblown media brouhaha over a statement that is essentially in line with Church teaching and changes absolutely nothing about Catholic moral theology has been so ludicrous that I’ve just been trying to ignore the whole thing. For a great example of how stupid this has been, go see Mark Shea.)

Anyway, in the post Simcha talks about having to be more gentle with herself in her efforts to lose weight after the birth of her eighth child. She started a step-by-step process after her usual strategies to snap herself out of the weight gain failed.

Step two was to admit that I was eating partially (sigh) to punish myself for being fat and weak.  (Yeah, that makes sense.)

Step three (a big one) was to realize that God doesn’t want me to treat anyone that way.  Mothers are so used to dealing out justice and compassion and punishment and rewards, we sometimes forget that we are somebody’s child, too.   I wouldn’t consciously treat someone I love with contempt and injustice.  I don’t love myself, but I know God does, so I’ll work with that.

These two paragraphs hit me hard. So hard, in fact, that I actually clicked away from Simcha’s website and didn’t come back for a few days, which is terribly sad because her blog is one of my favorites. But I knew that if I read that post again, or even thought about it, I would have to face one of my deepest, darkest battles.

I couldn’t hide from my self-loathing for long, though. After the dust from Thanksgiving settled, I found myself mentally preparing for our upcoming trip to Texas. Mentally preparing quickly devolved into having a complete and total nervous breakdown.

The Ogre’s father, the Ever-Teacher, is very concerned about his family’s weight. He sees excess weight as evidence of an interior dearth of temperance, and not a visit goes by that the topic of weight doesn’t come up. Usually this isn’t too big of a deal; I’m generally always at least slightly overweight, but I’m always working on it and that’s all he wants. This time, however, the prospect of a conversation about my weight has been nothing short of terrifying. I’m heavier right now than I’ve ever been, and despite my earnest attempts to lose this weight it’s been a more difficult road than ever before. Running (before I broke my toe), banning sugar, limiting portions, doing sit-ups, taking disgusting supplements of cod-liver and coconut oils, increasing vegetables and decreasing carbs only brought me down four excruciating pounds, which came back on more quickly than I would have believed post-Thanksgiving. After hysterical threats to the Ogre to cancel our trip, one tearful phone call to my sister-in-law, and a half-mad plot to eat not a single carb until we got to Texas (which was quickly foiled when I remembered that I’m still nursing two children), I finally laid in bed last night and cried. These were different tears, though; they weren’t tears of anger, frustration, hysteria, or self-hatred; they were tears of defeat. Silent tears, unaccompanied by sobs or hiccups, just slid down my cheeks as if of their own volition.

It’s humiliating to go so easy on myself.  It’s distressing to realize I need such gentle treatment.

When I first read those words, I couldn’t even comprehend them. Gentle treatment? Like that would accomplish anything! I’m so used to punishing myself, hating myself, berating myself into not eating or running just another half-mile. I’ve spent years looking in the mirror and hating what I see, but forcing myself to stare, cataloging every ripple and roll as mental ammunition to use against myself the next time I’m tempted to reach for the ice cream. Lately, though, these guerilla tactics have failed me, much as Simcha’s failed her. The last few months since Liam’s birth I’ve found myself avoiding the mirror, consciously not looking at myself. I’ve stopped wearing make-up, stopped putting on jewelry, even stopped curling my hair, all to avoid looking at myself any longer than is absolutely necessary. I’ve started dreading Sundays because Mass means that I can’t just throw on my one pair of jeans that fit and one of the Ogre’s sweaters. I’ve started avoiding conversations with other mothers, because if one more person tells me that breastfeeding helps ALL WOMEN lose weight I’ll be jailed for homicide. And when I do have to confront myself, when for whatever reason that glimpse into the mirror has to last more than two seconds, I have to stop myself from smashing my fist against the glass in sheer disgust.

It’s been exhausting, hating myself this much. It’s not like I’m not used to it; I’ve practiced self-loathing for years. But this time the hatred just went so much deeper that the only thing I could do to keep my sanity was try to pretend it wasn’t there. And when I couldn’t pretend, I lashed out, verbally, at myself.

It was as bag-lady-crazy as it sounds; so crazy, in fact, that the Ogre screamed at me at one point and made me leave the house until I regained control. His oft-repeated protestation that he would never let someone else treat me the way I treat myself became a demand: stop doing this to yourself, or leave.

As I lie in bed, the silent tears ran from my cheeks onto Liam’s sleeping head, and I had the strangest thought I’ve ever had.

Your body has been so kind to you. It’s given you so much. Why can’t you treat it with the same generosity?

This thought was so foreign to me that it cannot have been anything other than God. At first, I couldn’t even unravel the meaning of it. What in the world had my body given me? A whole hell of a lot of trouble and grief, that’s what. It holds onto weight as if the apocalypse were coming tomorrow; it plumps up considerably during breastfeeding; it refuses to accept that stomachs should be flat. It is awkward, unwieldy, unattractive and embarrassing. It is my enemy.

But what a strange sort of enemy! After all, it has never let me down. It’s withstood asthma, surgeries, and rounds of antibiotics and steroids. It’s recovered from sleepless, caffeine and nicotine-laden college nights. It’s kept three little people safe and healthy while they were being formed. It’s ushered them into the world in less than 20 hours combined with nary a complication. It’s provided them with nourishing, limitless milk well into toddlerhood.

I’m not saying it’s going to be easy to break a fifteen-year habit of solid self-loathing, but it’s about time I try. Instead of starving myself or running until I’m dizzy, I think I’ll just treat my body well. I’ll give it nourishing food instead of loading it up with sweets because after all it’s done for me, it deserves to be taken care of. I’ll run and walk and do sit-ups because I feel better, healthier and stronger when I do those things, not because I desperately want to be able to wear a bikini again before I die.

All this self-reflection on my body has made me consider how strange it is, the way I think of myself as two separate entities: body and soul. But that isn’t how we’re made. We’re inextricably intertwined; the human essence is both body and soul. Without one, the other cannot be. I can’t hate the one and expect the other to be able to go on. Likewise, I can’t neglect the one and expect the other to function as it should. Perhaps it’s also time to work on my soul. Virtues like temperance have always slid under my radar. I’m so consumed with the big, flashy ones, the ones that effect those around me. Patience, fortitude, chastity, mercy; those are the virtues that I practice, that I pray for, that I agonize about. But after all, what are any of those without temperance? Even virtues need to be moderated, less they tumble over into scrupulosity.

So these are my goals for Advent, goals that I will keep in mind as I wait in hope and faith for the celebration of the birth of our Savior. To treat myself with kindness and mercy, as I would treat anyone else. To remember that I am not a soul inhabiting an unruly and untamed body, but that I am both body and soul. To be aware that the one cannot work without the other, and to work on the virtue that I need the most to govern both my body and my soul, temperance. It’s a long, lengthy list of goals, and I’m fairly certain that I’ll be working on these goals until the day I die. But for now, it’s enough to have recognized them and started on the journey.

(Thanks again to Simcha for her wonderful post that prompted all this self-reflection.)

December 2, 2010 And Now for Something Completely Different
Recent Comments
0 | Leave a Comment
"So what you're really saying is that you use NFP because you don't want to ..."
Naters The Super Suckage of NFP
"I'm sorry, but planning pregnancy involves using birth control. did you miss that memo?"
leesa maire All Parenthood is #UnplannedParenthood
"Without knowing that God has a purpose for everything, my sufferings in life would be ..."
Jim J. McCrea Sentimental Claptrap, Part V: God Has ..."
"Has the photo been changed? Because what's at the top right now is photo of ..."
Evelyn Sex Breasts and Babies
Browse Our Archives
Related posts from Barefoot and Pregnant 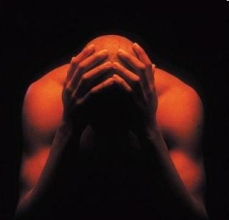