Lent: It’s All Uphill from Here

Everyone I know (or blog-know) is happy that it’s Lent. Everyone is saying that it’s such a wonderful time in the year, and it’s lovely to be given forty days to work really hard at our sins, and to do it in community with others.

I agree with all of those things.

But for the record, on this the second day of Lent, I’m adding my own two cents.

It could be the lack of sugar talking, or perhaps the dearth of carbohydrates, or even the reduced amount of caffeine intake because, well, have you ever tried black tea without sugar? Blech.

Whatever the reason, I’m feeling like Sisyphus today, staring up at that hell hill with trepidation in my heart and a family full of starch lovers flailing in agony inside my rock. And somehow, I have to get us all the way up that hill to Easter Sunday, when my children will joyfully ingest all the chocolate in the world and possibly the Easter Bunny as well, if he doesn’t get out of the way quick enough, and I will be shoving spanikopita and koulourakia into my mouth as quickly as they come out of the oven.

Oh yes, and the Ogre will be in the corner, eating lamb spaghetti. But that’s a story for another day.

The story for today is that we are still alive and my children remain somewhat functional and only hate me a medium amount.

Yesterday was rough. No grains, no sugar, and no meat was a tall order for us, but we managed. Charlotte even voluntarily ate a respectable portion of salmon at dinner, something I would never have dreamed that she would do. Sienna, of course, ate what she was told she had to but with an expression that probably approximated what someone being stretched on the rack would look like. 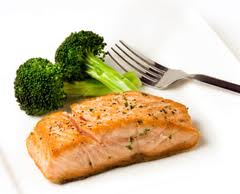 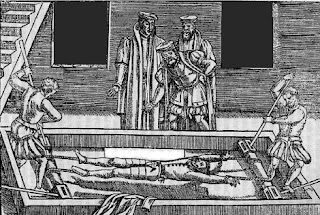 Nevertheless, she persevered and was rewarded with a large bowl of strawberries and blackberries with unsweetened whipped cream for dessert, which she devoured. She didn’t even flinch at the lack of sugar in the cream, such is her love of all things involving fruit.

Charlotte, on the other hand, didn’t touch the fruit and cream, but did eat several spoonfuls of Liam’s pureed pears.

I don’t understand my children.

Today was a little easier, since the kids were thrilled at the prospect of sausage and eggs for breakfast. So was the Ogre, and to be frank, even though sausage isn’t my favorite, I was hungry enough to be grateful for the little suckers.

But after an unsatisfying lunch of turkey, cheese and tomato on romaine leaves (which is so NOT the same as a sandwich), I have to admit that this is going to be tougher than I thought.

And I thought it was going to be pretty tough.

Nevertheless, we’ll persevere. If my kids can do it without whining too terribly much, so can I.

On the bright side, though, my parents are coming in town for a visit tonight, so I probably won’t be blogging too much in the next few days. So if you notice that I haven’t updated my blog, please don’t assume that I’ve had a complete sugar-starved breakdown and began breaking into the local chocolaterie at night, eating everything in sight in my pathetic quest to fill the inner void caused by my lack of love and reliance on legalisms, a la the mayor in Chocolat.

I’m probably just hanging out with my parents.

March 11, 2011 7 Quickest Takes Friday
Recent Comments
0 | Leave a Comment
"So what you're really saying is that you use NFP because you don't want to ..."
Naters The Super Suckage of NFP
"I'm sorry, but planning pregnancy involves using birth control. did you miss that memo?"
leesa maire All Parenthood is #UnplannedParenthood
"Without knowing that God has a purpose for everything, my sufferings in life would be ..."
Jim J. McCrea Sentimental Claptrap, Part V: God Has ..."
"Has the photo been changed? Because what's at the top right now is photo of ..."
Evelyn Sex Breasts and Babies
Browse Our Archives
Related posts from Barefoot and Pregnant