An Ode to My Alma Mater 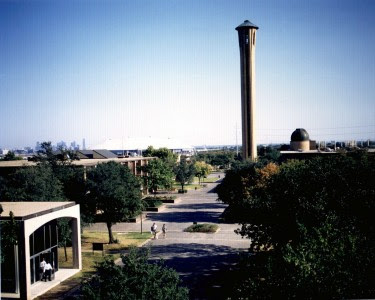 If you read this blog regularly, or even occasionally, chances are you know that I attended college at the University of Dallas. You’ll probably also know that I love that school with a deep, abiding love. That I owe her and the people within her a debt of gratitude.

But you may not really know why.

Just two weeks ago, after I published this post, I received an email and a facebook message from two different UD grads. They were girls I knew at a distance, girls whom I had passed on the Mall and smiled at or bumped into at a mutual friend’s party, but not girls who I’d ever really gotten to know.

They were writing to express their support for me. To tell me that they enjoy reading my blog and that they wish me well.

And then, just yesterday, I got another similar message from another UD acquaintance.

This may not seem like that big of a deal to you, but it was a big deal to me. And here’s why.

There is, at UD, a very strong sense of Catholicism. There are many there who strive to live virtuous lives, who resist the siren call of “party” culture that exists even in such a fine institution.

And even among those who throw the occasional party or who down the occasional 40 in the woods while listening to someone strumming Irish folk tunes on the guitar, there’s still a fairly strong moral code.

There were those of us at UD who didn’t abide by that moral code. And the other students…they didn’t shun us, exactly. They just disapproved.

I could see it in the way they looked at me, they way they averted their eyes when my skirt was too short, the way they would give me a sad look when I walked home at 6 am on Sunday morning, still in my clothes from the night before, with my make-up smudged and my heels dangling from my fingers.

Then I got pregnant. I was terrified to return to school that first semester. I hadn’t been showing at the end of the previous semester, but during the summer my belly swelled and rounded. There was no hiding the baby growing inside me, nor was there any hiding the lone diamond on my finger. The engagement ring. Better than no ring at all…but still.

I knew how they would respond. I could just picture them, watching me walk by, shaking their heads and making comments like, “We knew she would come to a bad end.”

Or so I thought.

They didn’t avoid me. They didn’t cast reproving glances or whisper behind their hands. Oh, I’m sure there were some people who did, but the overwhelming majority of the kids at UD…because we were kids still, really…came straight up to me. Asked me how I was feeling, when I was due. Wanted to know how the Ogre and I were going to manage school after the baby came and…incredibly…offered to help in any way they could. They promised prayers, offered free babysitting, and let me share their notes when I missed class because of morning sickness or doctor’s appointments. They touched my belly, asked about baby names, and left me little gifts on the front seat of my car.

That was so true of my friends at UD. There were people I disliked, people I thought were snotty, who have since contacted me through facebook just to wish me well and tell me that they pray for me often. There was one professor, a numerary in Opus Dei, who spent countless hours talking with me in the Cap Bar, listening to my struggles, offering advice, and keeping me in her prayers. The outpouring of love and support that the Ogre and I received from the students and faculty at the University of Dallas was both incredible and incredibly humbling.

It’s only now, looking back, that I realize that those people who I wrote off as judgmental, who gave me sad glances and kept their distance, weren’t judging me at all. They were loving me. They were loving me by not condoning my behavior and by not pretending that there was nothing wrong with the way I acted and the choices I made. In almost any other college in the world, my behavior wasn’t that deplorable. Anywhere else it wouldn’t have raised an eyebrow, and likely wouldn’t have even been noticed as being anything other than the ordinary behavior of a typical college girl. But at UD, the students saw me for what I was.

And they loved me anyway.