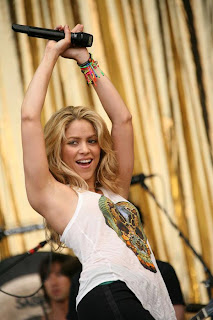 Yesterday I made quite a bit of progress packing. I attribute this almost entirely to the compilation cd I made myself in the wee hours of the morning.

My taste in music is…eclectic. Some might even say it’s bad. I tend toward classic rock, with a particular emphasis on 80’s hair bands. The only two bands I’ve seen repeatedly in concert are the Scorpions and White Snake. And let me tell you, the sexy gyrations in the slick leather pants that made White Snake infamous in the 80’s are somewhat less sexy now that the majority of the band are well into their sixties.

So yesterday there I was, in my track pants and t-shirt, with my dirty hair up in a messy ponytail, bubble wrapping away to “Rock You Like a Hurricane.” Occasionally I would sing along in a high-pitched screech, and every once in a while I would throw up a fist pump. My children watched me warily for a while, then Charlotte decided to get in on the action by spinning in a circle in the kitchen. Sienna kept her distance, and to her great credit only once said, “what is wrong with you, Mom?”

I had saved all the AC/DC for the end of the cd, because I knew by then that I’d need a little extra boost. Sure enough, when “Highway to Hell” came on, it was just what I needed. I got so excited, in fact, that I left off packing altogether and began jumping around and headbanging in the living room.

Charlotte and Liam thought this was great fun. Charlotte joined me, bobbing her giant head as best she could without toppling herself over, and Liam went into full-on-Olympic-bouncing mode in his stationary bouncer. Even Sienna was compelled to join in the fun and began jumping off the couch, the table, and just leaping randomly into the air.

But afterward I was a little dizzy. It’s been a while since I’ve pulled out my best hair metal dance moves, and it seems that they’re for the young in body as well as in spirit. Not wanting to kill the high energy but wanting music that was a little less likely to inspire me to hurt myself, I ran to the cd player and began flipping through cd’s. Badly Drawn Boy…too mellow…Mumford and Sons…not quite fun enough…No Doubt…ska can be equally as dangerous as hair bands…ahhh, perfect. Shakira.

Feeling satisfied with myself for hitting upon the perfect solution, I switched out my beloved compilation for the girl with the hips. Hearing those first, wailing notes was like being hit by a wave of nostalgia. I’ve loved Shakira since high school, but it’s been years since I’ve listened to Laundry Service. I sang along happily to the first two songs, calmly wrapping wine glasses and carefully lining the box with newspaper. But then…then, my favorite song came on.

As soon I heard the pipes and the rhythmic drumming, I got the familiar urge to dance. Not to headbang, or to jump around psychotically, but to actually dance. The thing is, as my best friend from high school can attest, dancing is not my strong suit.

When Shakira’s album first came out, my best friend Bekah tried to teach me how to dance. Bekah was born with these hips that are not actually connected to her body. They move in weird ways, seemingly not bound to her spinal column like normal people’s. She would give Shakira herself a run for her money.

Fortunately for her, our high school days coincided with the Latin music craze. So there we were, two sixteen-year-old girls, one who could salsa with the best of them and one who…couldn’t.

Poor Bekah tried her hardest to teach me how to shake my hips, but my hips liked to stay parallel to the ground. They were comfortable there. Every time I tried to shake them, my whole lower half would shift side-to-side like a slightly retarded dog’s backside moves when he tries to wag his tail. Bekah would plant my feet firmly and hold onto my waist and say “Calah, just move your hips. Just your hips!” and I would gyrate awkwardly and eventually fall over.

But in the years since then and now, the memory of those futile dance lessons seemed to pale. So much so that yesterday, in my kitchen, I thought, I can do this. I can salsa. Look at me! Look at all I’ve done since high school. I can make poulet au porto. I can take a spool of wire and turn it into a gorgeous pair of earrings. I can give birth without drugs. Surely, surely, I can shake my hips now! What’s a little hip-shaking next to childbirth, for crap’s sake?

And so, I got down from my stool and began to shimmy around the kitchen. I felt great. Rhythmic. Primal. Even…dare I say it?…sexy.

Just then, the Ogre happened to round the corner. In six years of marriage, I have never seen such a look of confused horror cross his face.  “What…are you…doing?” he sputtered.

Hips, in fact, do not lie. And yesterday, mine said, “um, Calah? You’re still as white as you were in high school. Please stick to headbanging. There’s a reason God gave you that taste in music.”