So the week is drawing to a close, and once again all my good intentions from Monday went up like smoke in the wind by Saturday. This time it wasn’t entirely my fault, though. I spent Tuesday through Thursday at my parent’s house, where my dad’s Mac declared war against me and refused to let me sign in to my blogger account, so I couldn’t put up any more re-runs. I’ll do one more tomorrow, just for good measure, but it seems my week of re-runs was a massive failure. Sorry about that.

I’m hoping to be back in full force the week after next. I’ll definitely post next week, but it will probably be spotty at best. Wanna know why? 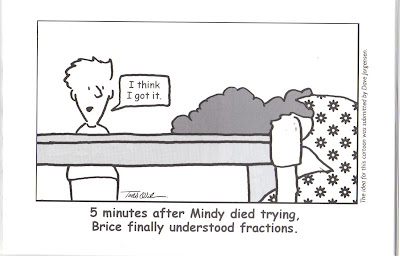 I have only two things to say about this: GULP and PLEASE PRAY FOR ME. 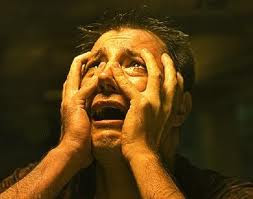 that being solely responsible for my child’s relative intelligence, or at least the knowledge she is able to retain and produce at will, fills be with abject terror.

Also, it seems like a whole lot of work.

That’s the real reason why I don’t want to do it. 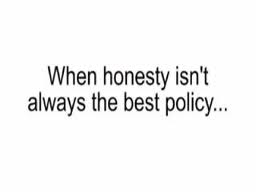 is only the best policy if my husband doesn’t read these quick takes.

Oh, and if you are reading them, my darling, well…I’m going to confession tomorrow and sloth is first on the menu.

But come on, babe, you knew who you married. Remember that time I watched all three seasons of Veronica Mars in a week and a half, pausing only to go to the store and get more Zebra Cakes?

(And Andrea, if you’re reading this…best. week-and-a-half. ever.)

That was a terrible week. I’m very ashamed.

I know I’ve mentioned this before, but seriously, it cannot be normal to feel this way about a box that flickers.

But I do. I really, really do.

Here are a list of all the television shows I have watched from Pilot to Finale in the last six years (plus some others):

#1
Seeing That List in Print Was Good For Me 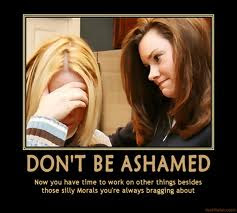 because I’m actually a little ashamed.

Not nearly as ashamed as I rationally know that I should be, though, which, perversely, makes me  even more ashamed.

And now, if anyone needs me, I’m going to go eat some chocolate and watch Scrubs.

Happy weekend, guys! Go see Jen for more quick takes. Oh yeah, and if you missed it, I had a new post up at Virtuous Pla.net this week. Check it out!

(PS: I just want  you to know that television is actually NOT the reason I’ve been so bad about blogging lately. Actually, I’m watching less television now than I have in the past six years. I’m just busy with other stuff, which you shall know about in good time, my young Jedis.)

(PSS/PPS: If you are one of my equally embarrassing friends who have watched hours upon hours of TV with me and you remember a show we watched that I forgot, put it in the combox, will you? I know I’m leaving some out and it’s bugging me.)

(PPSS: I seriously  never know whether we’re supposed to say “PPS” or “PSS”. Can someone clarify?)

August 29, 2011 Panis Angelicus and Angela (Re-run)
Recent Comments
0 | Leave a Comment
"So what you're really saying is that you use NFP because you don't want to ..."
Naters The Super Suckage of NFP
"I'm sorry, but planning pregnancy involves using birth control. did you miss that memo?"
leesa maire All Parenthood is #UnplannedParenthood
"Without knowing that God has a purpose for everything, my sufferings in life would be ..."
Jim J. McCrea Sentimental Claptrap, Part V: God Has ..."
"Has the photo been changed? Because what's at the top right now is photo of ..."
Evelyn Sex Breasts and Babies
Browse Our Archives
Related posts from Barefoot and Pregnant