It’s 9:22 a.m. and I’ve already managed to neglect my children physically, give them negative disciplinary reinforcement, and lay down the foundation for a lifetime of spiritual confusion. 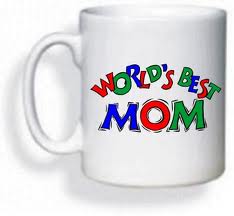 Someone should give me an award. These sorts of reprehensible mothering skills can’t be learned or imitated. They only arise out of long years of non-practice.

The morning started out so well, too. I made one of those overnight-soaking oatmeal bakes last night for a Valentine’s Day treat. I got up when the alarm actually went off (stop the presses, people) and turned the oven on and put the oatmeal in. So I didn’t actually wait for the oven to heat up because I really wanted to crawl back into bed for the 45 minutes of baking time, but in my defense, it was 6 a.m. (That’s totally a valid defense.)

I ended up crawling back in bed with a snotty, hacking Charlotte instead of my snoring Ogre because when Charlotte is sick her world comes to a wailing end. But it was nice, in spite of the snot, to cuddle with Charlotte and Sienna for a little while. When the timer went off in the kitchen Sienna raised her head like a hound catching a scent and said, “What’s in the oven?” I told her it was a Valentine’s Day breakfast, and Charlotte and I trudged after a sprinting Sienna into the kitchen to pull it out of the oven. I even got really crafty and made a little heart on top of the oatmeal out of raisins. (Okay, I stole the idea from Catholic Cuisine.)

Usually I try to get up early enough to fry some eggs for the Ogre to eat on his way out the door in the mornings, and the kids and I eat after he leaves. So it was really nice to sit down and eat breakfast together as a family. I was feeling like such an organized, accomplished little housewife, too, sending my husband off to work with a stomach full of hearty oatmeal and the bright-eyed smiles of well-fed children.

Then the kids went into the girls’ room to play on the bed and I decided the dishes could wait. I joined them, laying down with Charlotte while Liam and Sienna giggled.

Then I fell asleep.

I woke up about a half-hour later to an empty room and Charlotte banging and crying on the outside of the closed door. As it turned out, they had all left the room and Charlotte had locked the door behind her. Now Charlotte was frantically trying to get back into the room to wake me up because Sienna was stuck on the toilet with no toilet paper.

To make reparations for my gross parental neglect, I played with the kids in the living room for a little while. For some reason, I decided that today was the day to teach Liam “pop-pop-bang.”

In case you’re unfamiliar with the wonder that is Cinderella Man, this is what I’m talking about.

Cinderella Man  came out when Sienna was little. It’s just the kind of movie the Ogre’s brother, Sienna’s godfather, loves. After he saw it he taught his 18-month-old goddaughter to “pop, pop, bang.” Obviously he didn’t actually teach her to hit anyone, just to jab at the air or his hands while saying, “pop pop bang.” It’s become a bit of a family tradition since then. So today, I decided to teach Liam.

I don’t know what I was thinking. With my girls, it was just a fun thing to do and say. When I showed Liam, his whole face lit up. His eyes glittered. He laughed, elated, and then proceeded to “pop, pop, bang” me right in the face.

Who knew an 18-month-old could hit so hard? Not me. I thought he had broken my nose, or my glasses at the very least. He, of course, was delighted. His mother had just given him carte blanche to punch everyone in the face! He turned on his sisters, his chubby fists flying in a fury of “pop-pop-bangs”, and I was forced to hastily intervene. I stopped him and said, “No, Liam, no hitting” while his little face went from exhilarated to confused to finally devastated and he began wailing.

After I calmed him down I tried to show him to “pop pop bang” the air, but he went back to hitting me, then I had to say no again, he wailed again, and finally I just filed the whole concept under “things we will not mention again until he has reached the age of reason.”

A few minutes later Charlotte went into one of her “I want to be a baby again” tantrums (she’s been in a state of permanent regression since Liam was born and usurped her place in my lap). I explained wearily that she could never be a baby again but I would always hold her and love her. Then Sienna said, “Mom, when we die, do we become new babies and get born again?”

I’ve never heard of a child stumbling on the idea of reincarnation independently, so I wasn’t wholly prepared for this. I started to talk about how Eastern religions believe in the concept of reincarnation before realizing that 1) she’s six and 2) she’s six. So I said, “well, never mind about all that. No, we don’t become babies and get born again. We go to heaven to be with God.”

Then she asked, “In heaven, can we go to Mars?”

I didn’t actually think through my answer before saying, “Ooooh, I hope so! I like to think that heaven will be kind of like Doctor Who. When we get there, God will give us all Tardises and we can go explore the whole universe!”

Her face lit up, her eyes glittered, and she proceeded to have an imaginary adventure in her imaginary pink Tardis wherein God gets stuck in the Pandorica and she has to rescue Him.

February 13, 2012
The Thorny Question of Freedom of Religion
Next Post

February 17, 2012 7 Quick Takes Friday!
Recent Comments
0 | Leave a Comment
"So what you're really saying is that you use NFP because you don't want to ..."
Naters The Super Suckage of NFP
"I'm sorry, but planning pregnancy involves using birth control. did you miss that memo?"
leesa maire All Parenthood is #UnplannedParenthood
"Without knowing that God has a purpose for everything, my sufferings in life would be ..."
Jim J. McCrea Sentimental Claptrap, Part V: God Has ..."
"Has the photo been changed? Because what's at the top right now is photo of ..."
Evelyn Sex Breasts and Babies
Browse Our Archives
Follow Us!

I love it when Catholics Nerd...
Catholic and Enjoying It!
Related posts from Barefoot and Pregnant