With my past three kids, I’ve always avoided inductions. They’ve obligingly arrived early, the latest being Charlotte, who was born on her due date. But wee little Lincoln is going to have a scheduled birthday: Saturday, September 22, 2012. Unless I go into labor today or tomorrow, that is.

That’s me, 38 1/2 weeks pregnant. And that’s Lincoln, way too cozy in my uterus, refusing to come out and peeing too much. Those are the doctor’s words, not mine. My fluid levels went back up this week and she said, “I think he’s just peeing a lot. But let’s get him out, just to make sure.” Hmm. So I agreed.

It’s weirding me out to have a planned birthday. I’ve always played this little game with myself when I get close to my due date, picking out which date I think the baby will be born on. (I’m always wrong, of course.) But if feels unnatural and kind of wrong to actually know ahead of time. It’s like the biggest spoiler ever. Nevertheless, the doctor thinks the baby needs to come out, so come out he shall. I’m just really, really hoping the induction takes and we don’t have to resort to a C-section.

My neighbor told me that the 22nd is also the feast day of St. Thomas of Villanueva, so that’s cool. It’s also the day Ben Johnson killed a man in a duel, Queen Victoria ascended to the throne, and it’s “Trumpet Day” for the Mormons, the day that Joseph Smith reported receiving the Golden Plates from the angel Moroni. Auspicious beginnings, indeed.

For me, though, it’s going to be the day that I try and deal with Pitocin contractions (otherwise known as torture, hell, and @#%#$ torture among experienced child-birthers) and seriously hope that Lincoln cooperates and arrives before Doctor Who comes on, and that the hospital gets BBC America. Yes, those are my primary concerns, after, of course, having a healthy baby and avoiding a C-section. I’d really appreciate any prayers you guys could toss up on our behalf. I probably won’t be blogging tomorrow since I need to clean the house, go to confession and get a pedicure, but I promise to blog with pictures as soon as the little man makes his appearance.

(Unless he’s a particularly ugly baby, in which case I’ll update with some story about how our cameras all stopped working at the same time.)

I feel like I should say something dramatic now, like “See you on the other side!” Or I could go with super-cool and laid back: “Catch you on the flip side, bro.” (What can I say? The last time I was cool it was the late 90’s.) Or maybe I could go international: “Ciao, ragazzi!” I can’t decide. Take your pick.

September 23, 2012 It's a Baby!
Recent Comments
0 | Leave a Comment
"So what you're really saying is that you use NFP because you don't want to ..."
Naters The Super Suckage of NFP
"I'm sorry, but planning pregnancy involves using birth control. did you miss that memo?"
leesa maire All Parenthood is #UnplannedParenthood
"Without knowing that God has a purpose for everything, my sufferings in life would be ..."
Jim J. McCrea Sentimental Claptrap, Part V: God Has ..."
"Has the photo been changed? Because what's at the top right now is photo of ..."
Evelyn Sex Breasts and Babies
Browse Our Archives
get the latest from
Barefoot and Pregnant
Sign up for our newsletter
POPULAR AT PATHEOS Catholic
1

Cancel Culture? Or Actions and Consequences?
On the Catholic Beat
Related posts from Barefoot and Pregnant 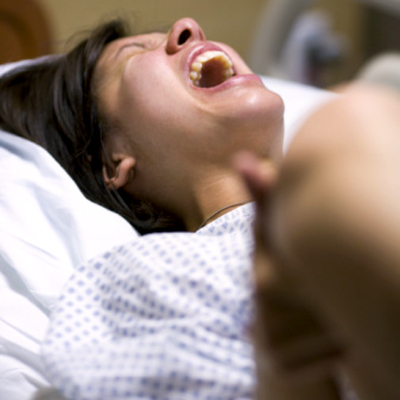