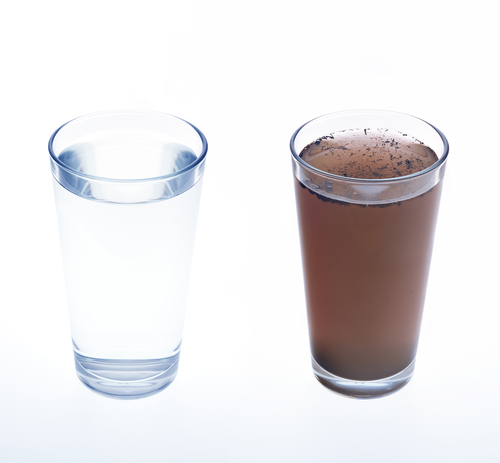 Last week, the conservative circles of the internet were abuzz in disapproval over Elizabeth Smart’s recent criticism of abstinence-only sexual education. Speaking at a forum on human trafficking at Johns Hopkins University, Elizabeth said that the abstinence-only education she received left her feeling “so dirty” and “so filthy” after being repeatedly raped.

The reactions to this were infuriatingly predictable. Good people, people who have proven to be thoughtful and compassionate, immediately shut down in the face of any criticism of abstinence-only sex ed. Their responses to Elizabeth Smart were irrational, ignorant, and stunningly condescending. From accusing her of “casting blame” to snarkily suggesting that we teach “bestiality (oral, anal, etc…) as an alternative to those worthless, dirty, filthy feelings”, there was a mob-like mentality on display. People stubbornly defended her religious parents and reminded each other how she had held on through her captivity so she could get back to them, without bothering to explain what that had to do with the point she was making. People insisted that the shame and unworthiness she felt was solely the result of the abuse she suffered, and by making her emotional trauma about abstinence-only education she was doing a disservice to other forms of abuse. People claimed that she was using her platform irresponsibly, and should have thought through the impact her words would have on the abstinence-only sex ed movement.

What almost no one did was hear what she said. No one was horrified at what she had been taught in her abstinence-only sexual education. No one acknowledged that the direct, logical result of such an education is a sense of shame and unworthiness after having been “used.” No one showed even a hint of sympathy for how she had suffered, not only at the hands of her captors, but at the hands of a degrading philosophy of human sexuality. Such a callous indifference to human suffering is appalling. It shows that too many Christians, too many proponents of abstinence-only education, have put their concern for the welfare of a quasi-political movement above their concern for the welfare of a human being, of human dignity itself.

For some time, I have thought that the reason more people aren’t speaking out against this “purity culture” is that they are unaware of it. After last week, I’m not so sure. The mainstream message of abstinence-only education got press far and wide with Elizabeth Smart’s denunciation of it, yet I saw no shock, horror, or disgust.

“Smart said she grew up in a Mormon family and was taught through abstinence-only education that a person whose virginity was lost before marriage was considered worthless. She spoke to the crowd about a school teacher who urged students against premarital sex and compared women who had sex before their wedding nights to chewing gum.

Perhaps there are some people out there who think this mindset is an abberration, who are not responding to this because they genuinely believe this is a rare exception to typical abstinence-only curricula.

When I heard it, it was glasses of water. Women (and only women, mind you; the boys got a separate talk about cherishing each woman as if she were the prized treasure of another man) were like glasses of crystal-clear spring water. If you “fooled around” before marriage, it was like someone spit in your glass of water. If you had sex before marriage, it was like someone took a huge drink of your water, swished it around in their mouths, and then spat it back into the glass. The more sex you had, the dirtier your glass of water got. “So think of that before you have premarital sex,” we were admonished. “Think of the gift you’re going to give your husband on your wedding night. Do you want to give him a pure, untouched glass of delicious water, or a dirty cup of everyone else’s backwash?”

For one of my friends, it was an Oreo cookie that had been chewed up and spat back out. For another friend, it was a pair of custom-made shoes that had been stretched and warped from being worn by people they weren’t made to fit. Cups of spit. Plucked roses. It goes on and on. I’ve heard a million variations of it, but always the message is the same.

This does not teach anyone chastity or purity. “Abstinence-only” sex ed is a fundamentally flawed concept, beginning with its very name. It teaches children to negate an act, to deny a fundamental part of human nature until such a time as it’s permissible to indulge. It doesn’t teach children what sex is, what their sexuality means, how to understand it, or how to properly integrate it into a life of chastity both without and within a marriage. It doesn’t teach a boy that sex is primarily about the giving of himself, and that he can’t fully give himself to his wife unless he learns how to master himself first, how to wait, how to have patience, how to love her instead of using her as a vehicle for pleasure. Actually it teaches boys the exact opposite of that; that a woman is a trophy, a prize, that a good one (one worth keeping forever) will be untouched, but that there are plenty of dirty water-glasses walking around that have been ruined for any decent man anyway, and they might as well be used up since they’re not worth saving.

And what does abstinence-only sex ed teach girls? It doesn’t teach girls anything. It conditions girls into conforming with a sick, “religious-ized” chauvinism that masquerades as concern for moral purity but is really just plain old abhorrence of sloppy seconds. It says nothing to a girl about her inherent value as a human being, about her precious and vital role as life-giver, about her unique feminine genius that is inextricably linked to her sexuality. Like Pavlov’s dog, girls are told over and over in abstinence-only education that sex before marriage will make them dirty and worthless. The conditioning definitely works as intended on us pieces of chewed-up gum; our sexual relationships within marriage are usually fraught with psychological blocks, feelings of worthlessness, and fears of abandonment. It also does a number on girls who have been raped, like Elizabeth Smart. But here’s the thing: it totally screws up the “good” girls, too, the one who wait until their wedding night. You can’t tell a girl that having sex is like being a chewed and regurgitated Oreo and then expect her to be totally excited when it comes time for her husband to chew her up and spit her back out. You can’t teach a girl that her sexuality is a prize for a man, that the whole purpose of her existence as a sexual being is to be used by someone else at the “right” time and in the “right” way, and then wonder where these silly girls get their “objectification” martyr complexes.

It’s time to have a serious conversation about abstinence-only sex ed, and how it is not only failing but damaging our youth. It is screwing up our cultural understanding of human sexuality just as thoroughly as the hedonistic effects of the sexual revolution are. There very well may be some good abstinence-only sex ed courses out there, but they are certainly not the norm. We need to create a new way of teaching children about human sexuality, a way that emphasizes their essential dignity as rational, spiritual, and sexual human beings. We should strive to teach them to grow in virtue, to gain temperance, to master their passions, and to love for love of the other, not out of desire for pleasure, power, or possession. We should be teaching human sexuality as a series of positive moral developments that boys and girls must attain before sex can be truly enjoyed. We shouldn’t be teaching our kids to white-knuckle it through puberty and then glut themselves as soon as they say “I do.”

The question is not whether or not abstinence-only education is working. I’m not even sure what proponents of it mean by “working.” In the incarnation I’m familiar with, it certainly doesn’t seem intended to do much beyond shaming kids into not having sex using the crudest, most psychologically destructive means available. Research is pretty clear that it’s not even managing to accomplish that. The only thing abstinence-only education is accomplishing is entrenching misogynistic, licentious attitudes toward sex in a whole new generation of kids.

There is no excuse for Christians to close their eyes and pretend that abstinence-only sex ed is even a tolerable thing, much less a good thing. This dehumanizing approach to sexuality is not an acceptable alternative to the Planned Parenthood-driven over-sexualization of our kids. I will not settle for my kids learning anything less than the full theology of the body, and neither should you. You don’t need to defend abstinence-only sex ed from attacks by girls like Elizabeth Smart; you need to defend girls like Elizabeth Smart from the psychological effects of abstinence-only sex ed. It is not “education” in any sense of the word. It is shallow, sickening cultural conditioning, and we owe our kids enough to admit it. There are two whole generations of young adults who have been psychologically and emotionally damaged by the widespread and complacent acceptance of abstinence-only sex ed. Let’s not make it three.

*I am still getting used to our new comment system, which requires a great deal more moderation than I usually do. If you post a comment and it disappears, it got caught in my spam filter, and I will release it when I check in periodically. I don’t delete comments.

May 15, 2013 Woe is Me
Recent Comments
0 | Leave a Comment
Browse Our Archives
Related posts from Barefoot and Pregnant