Earlier this summer, I watched the return of the annual Modesty Crusades with detached amusement. It seems simple to me: modesty is an interior virtue, and if you have it you’ll be attired modestly. Even if your attire is a two-piece swimsuit.

Practically, this hasn’t been an issue for me in many a year. In Vegas, you can basically wear whatever you want and no one notices as long as you have a pole in your hand. I got pregnant about five seconds after we moved to Ave Maria, so my wardrobe was maternity chic until it became postpartum frump.

But then I spent the summer in Texas (where it’s not quite hot enough to make me want to defenestrate myself but it’s still pretty hot) and since I’ve spent the last 9 months since Lincoln was born working out a lot and eating a cookie instead of all the cookies, my legs are pretty okay and they don’t want to suffocate anymore. So my mom bought me all these shorts, because she’s the best ever.

Which presented me with a dilemma. It’s one thing in Texas — people are used to shorts cause they’re everywhere. But here in Ave, where there are rarely above-the-knee short sightings, what’s a postpartum-mom-of-four-who’s- sweating-like-a-mother to do? Suddenly I understood the drive behind the Modesty Crusades. It’s not a war on women who wear shorts, it’s women wanting to wear shorts but not having a fixed set of rules about how short is too short!

That, my friends, is a problem I can fix simply by crafting an alternate personality and spending 45 minutes in the bathroom taking a bunch of embarrassing selfies. So without further ado, I give you 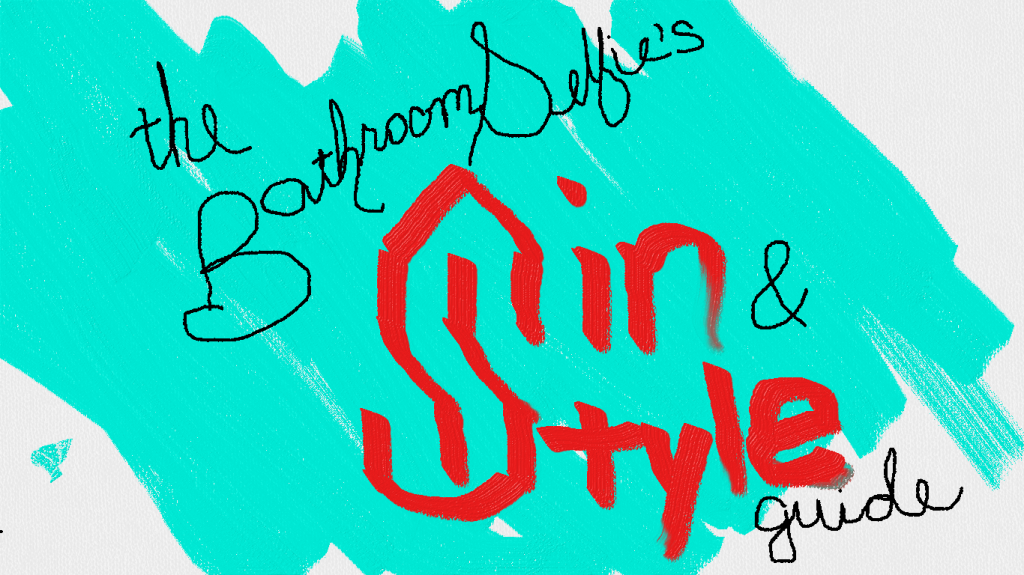 Assuming, of course, that you’ve all made the general leap into the sin of wearing pants, I’m here to help you navigate the inverse relationship between inches lost and depravity gained. Let’s start with option 1, shall we? 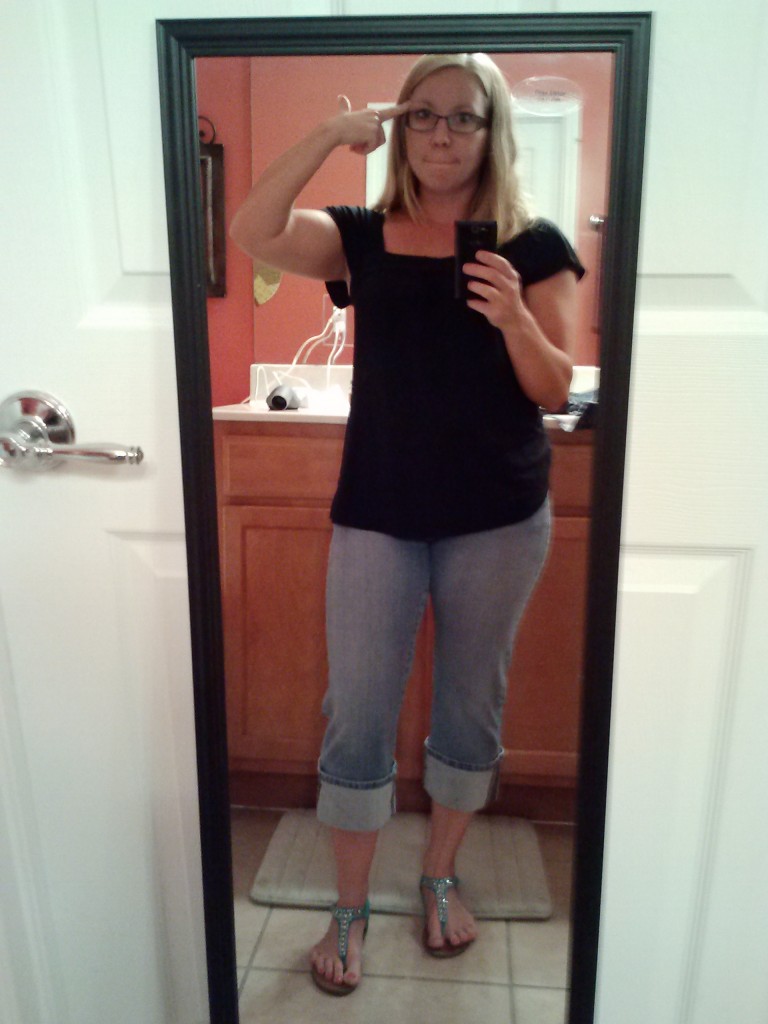 These, I imagine, are the perfect capris to wear in the summer in Canada. Here in southwest Florida, however, they’re too hot to wear on Christmas Day. I know, because I wore them on Christmas Day and sweated my tushy off.

On the plus side, though, if you’ve already alienated the ankle-hating sola skirtura crowd, you’re not likely to cause any kind of scandal in these puppies.

Until you jump off a cliff just to feel the breeze on the way down. 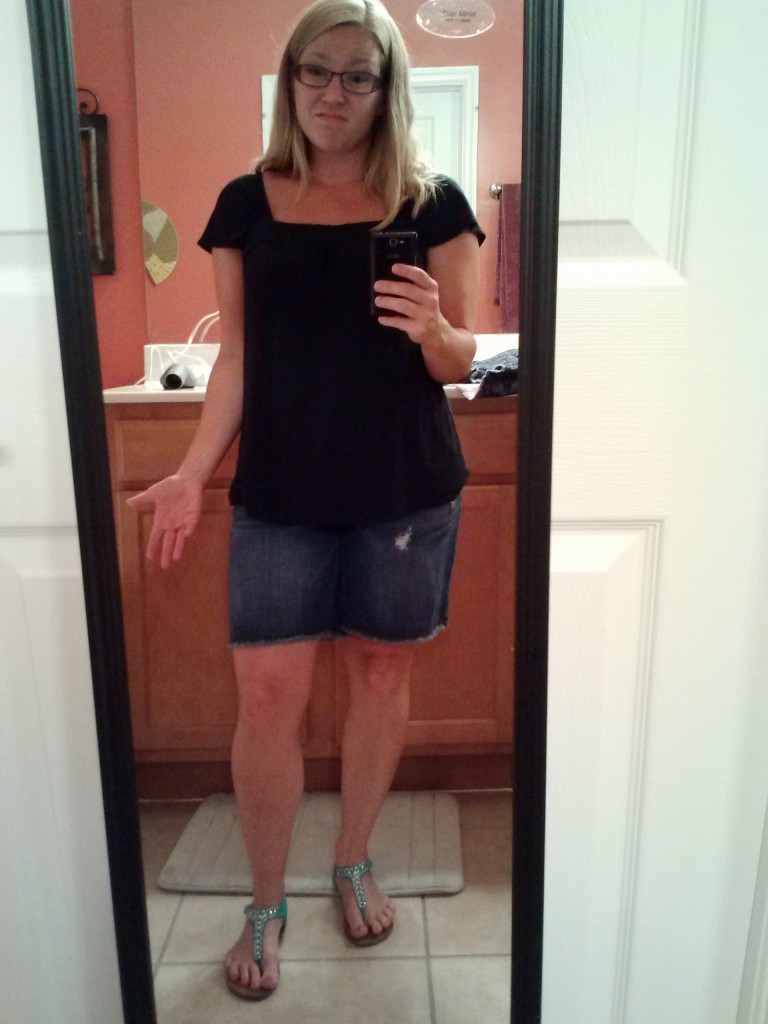 The good news is that when you wear these short(er) jeans, your knees won’t be sweating. That’s basically the same thing as not feeling like the lower half of your body is encased in Dolly Parton’s denim legwarmers, right?

Congratulations. You’re almost as good at picking out shorts as I am at blogging. 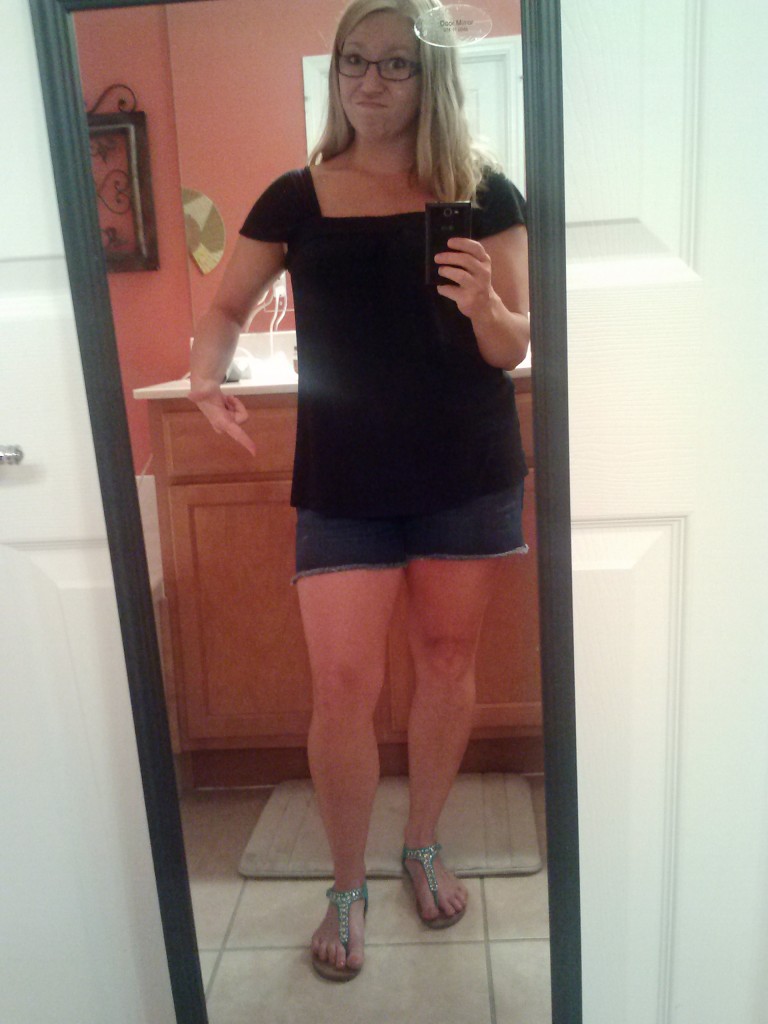 I realize that objectively speaking, showing the neighbors half of my thigh is probably not the most desirable thing to do. But when the water that was in the canal behind my house yesterday is literally oozing out of my pores today, sometimes the people around you just have to adjust to the fact that half a thigh is actually not a greater scandal than suicide-via-shoving-one’s-face-into-the-box-fan.

Also, call me crazy, but I just don’t see the stumbling block there. They’re legs. They’re not stilettoed-and-oiled-legs, they’re just normal, exceptionally short human legs that spend most of their time being scaled by one child or another. And the cool thing is, when I wear shorts this short, the scalers just slip right off since they can’t gain any traction, leaving me free to step over them and walk away. 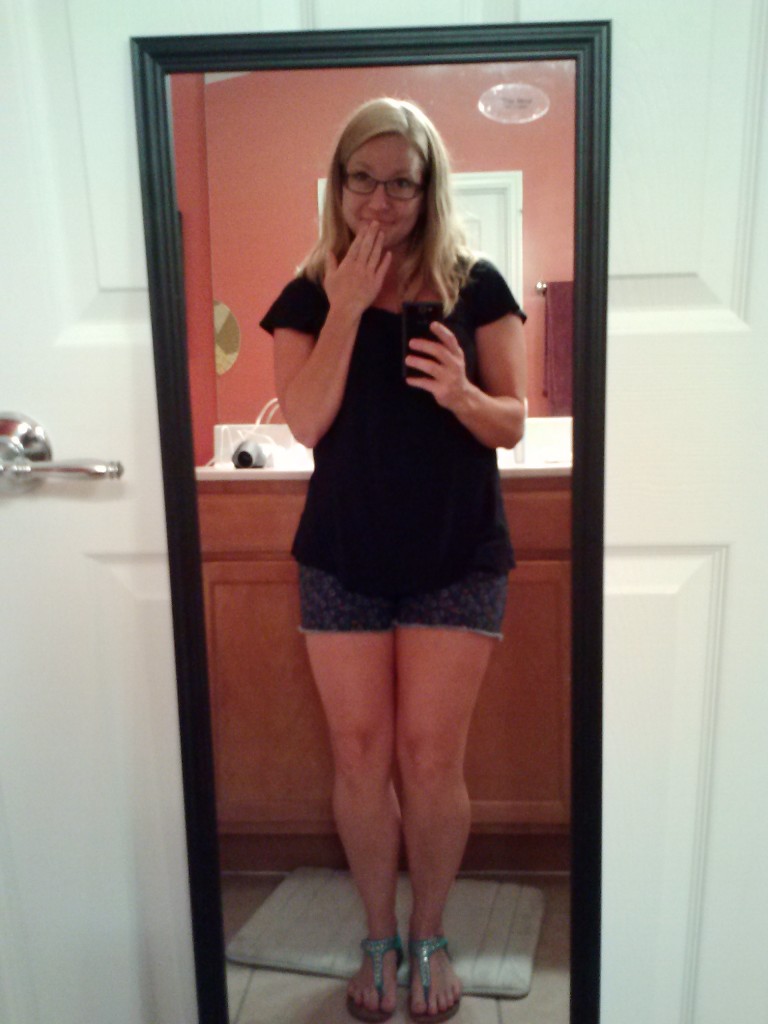 The #1 style rule to be aware of if you’re going to go this route is that you must have one of these three advantages in your nonexistent pockets:  >9% body fat, the cover of darkness, or beer goggles. Other than that, make sure you pair those cute paisley shorts with a striped top, like I was going to before the baby wiped his carrot-face on it, and you’ll be golden.

As far as the morality of these Satan shorts go, you will absolutely scandalize the neighbors and be a stumbling block of some sort, but you’re much more likely to be the kind of block that incites righteous indignation than the block that incites lust. Unless you’re wearing a tank top, in which case, you might as well just paint a red A on it and go ahead and climb on up that scaffold.

I’ll be right there with you after I finish this glass of wine.

There you have it, kids. All you ever needed to know about how to navigate the minefield of shorts and sin during the summertime. Just in time for fall. 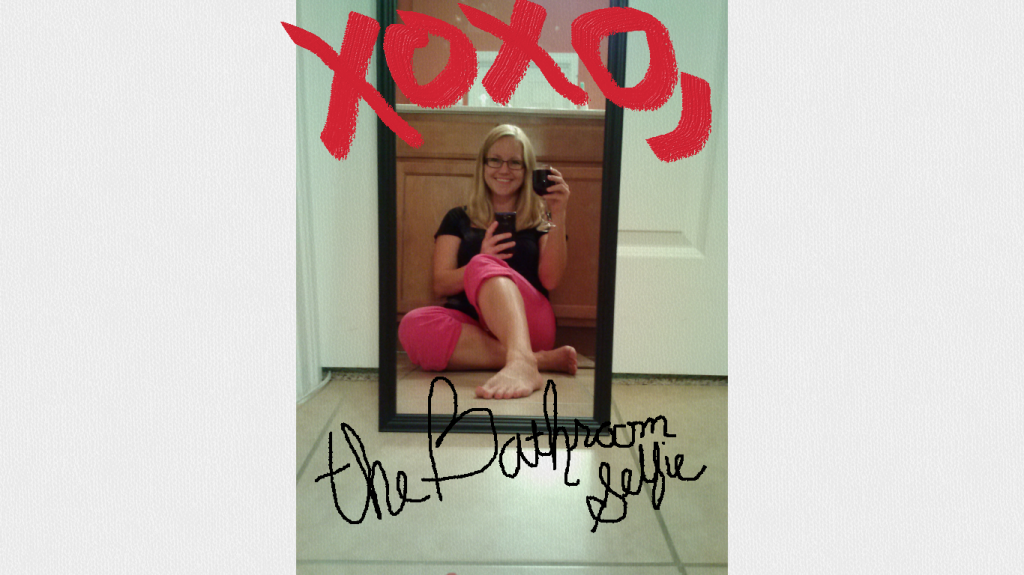 *despite overwhelming evidence to the contrary, the ASUS Fresh Paint app was not harmed in the making of this blog post