Hell, Hope, and The Walking Dead

A few years ago, about two years after my conversion to Catholicism, a chance conversation with friends led me face-to-face with the realization that I could actually go to hell.

You’ll appreciate the novelty of this idea more if you understand that being raised Evangelical, I had understood from an early age that I was saved. Hell as a reality for me was something that I had literally never considered before. The fear of it took my breath away.

And for the next year or so, it nearly took my faith as well. I refused to go to Mass for a solid month because I was just so angry that God might send me…ME!…to hell. How could he? I grumbled to myself, disenchanted and, if truth be told, a little brokenhearted. How could he, after everything? How could he, just because I didn’t go to Mass last week? What about everything that came before? How could he just ignore all that? How could his love for me be so conditional, and so easily forgotten?

After that first month I returned to Mass out of fear. I returned to confession because I was afraid of hell. Well, not hell, not really…I was afraid of God, the way a child is terrified of an abusive father. I did everything right, but there was no love in my soul. That year was marked by a spiritual aridity that left me brittle, fractured, and furious that God Is and that I had to obey him.

Ironically enough, that fear of hell started to fade when I started watching The Walking Dead. The fear of zombies overcame the fear of hell, and I clung to my prayers at night for comfort instead of obligation. The first season of The Walking Dead really did scare the hell right out of me. I stopped sleeping well, or at all, and became fragile and agitated. I began to long, viscerally, for some kind of rhythm to my days that I could relax into. So I started saying the Daily Office, and with time I began to realize how much I love God.

I’m not fond of scaring people into virtue by beating them with the hell stick. I stopped spanking my kids a while ago for similar reasons; I want them to do good because they want to be good, not because they’re afraid of being punished. I want to help them cultivate interior virtue instead of focusing on an external system of punishments and rewards. God is our Father, and I can’t imagine he really wants us to follow him because we’re scared shitless of hellfire and damnation. I’m pretty sure he wants us to seek him because we love him, or because we want to love him, or even because we think there might be something to this God thing after all.

But this battle that’s raging over whether or not it’s wrong to hope hell will be empty is just…baffling. How could it possibly be wrong to hope that all people seek and return to God? That seems pretty much like following those two commandments Jesus said were the most important…loving God with everything we’ve got, and loving our neighbor as ourselves.

Me, I really doubt hell is empty, because Irma Grese, Hitler, Pol Pot, and the existence of terms like “serial killer”, “serial rapist”, etc. I also find it really, really, really hard to to hope that those people are in heaven. But hoping they’re in hell, or worse, being certain of it, is more than just hoping they get what’s coming to them. It’s saying that they don’t deserve God.

None of us deserve God. That’s the whole point of the thing, isn’t it? Divine, unimaginable love that loved the unworthy enough to become one us and to let us kill him. All because he wanted so badly to find a way for us to reach him. I know how unworthy I am of that kind of love. I keep my hope focused on my own salvation, and I pray to God I never become so comfortably self-righteous that I hope there won’t be many people in heaven. Because I’m 100% sure that if I cherished that hope and it was realized, I’d find myself among the many and not the few.

November 6, 2013 A Good Suffering
Recent Comments
0 | Leave a Comment
"So what you're really saying is that you use NFP because you don't want to ..."
Naters The Super Suckage of NFP
"I'm sorry, but planning pregnancy involves using birth control. did you miss that memo?"
leesa maire All Parenthood is #UnplannedParenthood
"Without knowing that God has a purpose for everything, my sufferings in life would be ..."
Jim J. McCrea Sentimental Claptrap, Part V: God Has ..."
"Has the photo been changed? Because what's at the top right now is photo of ..."
Evelyn Sex Breasts and Babies
Browse Our Archives
Related posts from Barefoot and Pregnant 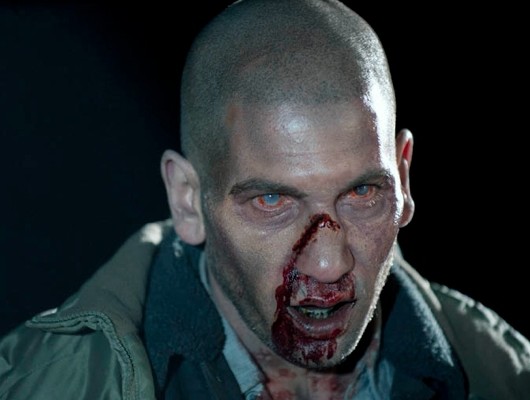 Catholic
Suffering Comes Like a Walker
Barefoot and Pregnant