I can’t think of anything to write about because all I can think about is ebola. I know I’m insanely alarmist, and I’m trying really hard not to be. Clearly I am not succeeding. Please don’t fill up my combox with all the science-y reasons about why it’s not going to spread and why I have nothing to worry about, because all my science friends already tried that. It all sounds completely reasonable and I feel immeasurably better until I look at one of my children’s faces and have instant visions of their blue eyes turning red and bleeding. I know it sounds crazy. I am a little crazy, so there’s that, but this is like anxiety to the max. Anxiety on steroids. If my anxiety were a virus, it would be a rapidly replicating and insanely destructive filiovirus right now. See, even when I talk about anxiety, it goes back to ebola.

Anyway, I need psychological help. But today at lunch duty I actually had to bite the inside of my cheek to keep myself from crying, because I was watching all these beautiful, healthy, happy children sitting shoulder to shoulder, laughing and talking with their mouths open and snatching food from each other and sneezing and coughing, and I thought, God help us all if it spreads here. It’s not difficult to have direct contact with another person’s bodily fluids. It’s difficult not to. And for kids, nearly impossible. The genuine terror that I feel for my children is overwhelming.

Please, also, don’t flood the comments with advice to calm down and not panic, because panic creates epidemics, or explain to me that the best way to stem the tide of contagious diseases is to remain calm and act rationally. I know that. I’m trying, actually, to be calm and rational. I’m not pulling my kids out of school or telling my mom not to come visit or constructing an impromptu biohazard shelter out of palm trees and alligator hides. I’m just freaking out internally, and sometimes out loud, but only on the internet or after the kids are in bed. Also, I would love to be calm, but as the Ogre can testify, people telling me to calm down really makes me feel frantic and hysterical. It’s like telling a child who’s stuck in a tree and can’t figure out how to get down to just not be in the tree, already, because it’s dangerous up there and it’s better to be on the ground. I know it’s better on the ground! The ground is where I want to be! The problem is there’s this giant tree that’s suspending me way, way too far above the ground!

I don’t know why I’m even writing this post. I thought I might feel better writing it out loud, but I don’t. I feel exactly as anxious and afraid as I felt before, except now I also feel pathetic and a little embarrassed, since I know this post is probably making everyone roll their eyes. I wouldn’t even publish it, except that I literally cannot think of anything else to write and not writing is making me feel even more pent-up and anxious.

This would be a good time to read the psalms and post something comforting, but instead I’m going to post this. (It’s John Oliver, so there’s bad words, but the ones that aren’t bleeped out are in a British accent so they don’t really count.)

Actually, now I do feel better. I wonder if I could install a redirect virus on my computer so that every time I click on the news, it redirects me to John Oliver’s YouTube videos. Anyone know how to do that? Because I’d like to get out of this tree now. 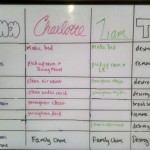 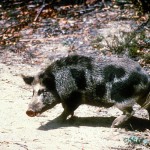 October 3, 2014 Pig Steals Beer, Gets Drunk, Starts Fight with Cow
Recent Comments
0 | Leave a Comment
"So what you're really saying is that you use NFP because you don't want to ..."
Naters The Super Suckage of NFP
"I'm sorry, but planning pregnancy involves using birth control. did you miss that memo?"
leesa maire All Parenthood is #UnplannedParenthood
"Without knowing that God has a purpose for everything, my sufferings in life would be ..."
Jim J. McCrea Sentimental Claptrap, Part V: God Has ..."
"Has the photo been changed? Because what's at the top right now is photo of ..."
Evelyn Sex Breasts and Babies
Browse Our Archives
get the latest from
Barefoot and Pregnant
Sign up for our newsletter
POPULAR AT PATHEOS Catholic
1

Is “The Chosen” Realistic to the...
Messy Inspirations
Related posts from Barefoot and Pregnant

Catholic
It's My Blog and I'll Panic if I...
Barefoot and Pregnant