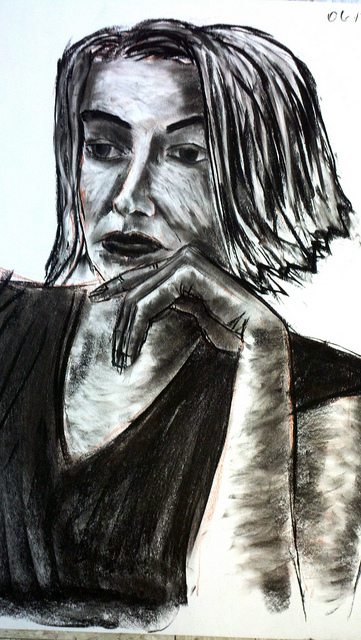 Some wonderful days, the internet gives me an excuse to quote Shakespeare. “Is possible that disdain should die when she hath such meet food to feed it as lists of women Christian men shouldn’t marry?”

4. The Feminist.  There’s no room within Christendom for the “Christian feminist.”  Though women and men have equal value in the eyes of God (Gal 3:28), they certainly have different God-given roles.  Any woman who tries to usurp her husband’s authority or even claims to be a co-leader with her man is gravely dishonoring the God who created her to be subject and obedient to her husband (Eph 5:22, Col 3:18, 1 Pet 3:1).   Eve was distinctly created “for” man, a point that the apostle Paul makes abundantly clear in 1 Corinthians 11 when he writes, “For man was not made from woman, but woman from man. Neither was man created for woman, but woman for man.” (1 Corinthians 11:8-9).  Men, your wife is to be your “helper” (Gen 2:18)–not your leader and certainly not your equal in terms of authority.  Look for a woman who agrees with you in this very vital God-ordained relational dynamic.

5. The Sexy-Dresser.  Sexy might inadvertently catch your eyeballs, but it shouldn’t catch your heart.  The way that a woman is willing to expose herself says much about her heart: “And behold, the woman meets him, dressed as a prostitute, wily of heart” (Proverbs 7:10).  The text in Proverbs explains that a woman will dress in a certain way to catch a certain type of man.  Don’t be that man.  Don’t be the fool who’s led by his hormones instead of the Holy Spirit.  Remember: you want godly, not gaudy.

6. The Loud-Mouth.  Women may love to talk, but there’s wisdom in looking for a woman who speaks with wisdom. Gossip and slander are not good things to have in your marriage. Desperate housewives make for desperate husbands.  “Besides that, they learn to be idlers, going about from house to house, and not only idlers, but also gossips and busybodies, saying what they should not.” (1 Timothy 5:13).

(Read the rest here, if you dare)

No. No it is not. And so, without further ado, I bring you Clare Coffey’s responsorial list.

3. Enchantresses. Yeah, good luck preaching the Word when she makes toads fall out of your mouth every time you open it.

4. Women Who Have Been Turned Into Bears.

5. Keepers of Alehouses. These bawdy temptresses will turn you to demon rum and popery.

6. Selkies. No matter how well you think you’ve hidden her sealskin, trust me, you haven’t.

7. Mermaids. Often confused with selkies, but they will actually just drown you.

8. Merry Widows. Merry widows will tempt you from godly pursuits with their expertly made gin cocktails and fluttery innuendo. Avoid at all costs.

9. Queens. Yeah, you’ll have so much authority with a woman who wears an actual friggin’ crown.

10. Women Who Have Given Birth to Children by Stars. Very little to explain here.

11. Women with Internet Connections. They will laugh at you forever.

You should really go check out the facebook thread this delightful list spawned, because it’s really the gift that keeps on giving. Brendan Hodge has an equally hysterical list of women from literature and mythology that Christian men definitely — definitely — shouldn’t marry.

For more of Clare’s wit and wisdom, go see her at Babes in Babylon.

January 13, 2015
Why Paris is Such an Utter Plonker - UPDATED
Next Post

January 19, 2015 It's About the One, Not the Many
Recent Comments
0 | Leave a Comment
"So what you're really saying is that you use NFP because you don't want to ..."
Naters The Super Suckage of NFP
"I'm sorry, but planning pregnancy involves using birth control. did you miss that memo?"
leesa maire All Parenthood is #UnplannedParenthood
"Without knowing that God has a purpose for everything, my sufferings in life would be ..."
Jim J. McCrea Sentimental Claptrap, Part V: God Has ..."
"Has the photo been changed? Because what's at the top right now is photo of ..."
Evelyn Sex Breasts and Babies
Browse Our Archives
get the latest updates from
Barefoot and Pregnant
and the Patheos
Catholic
Channel
POPULAR AT PATHEOS Catholic
1

Pope Francis Did NOT Say EWTN...
Biblical Evidence for Catholicism
Related posts from Barefoot and Pregnant