This is, without a doubt, the creepiest moment in the Bible.

Genesis chapter 2. There’s that series where God creates the world in seven days, and then there’s that moment when He he starts thinking:

The Lord God said, “It is not good for the man to be alone. I will make a helper suitable for him.”

And so he makes women. Stupid mistake, I suppose. I guess even gods forget things sometimes, right? Maybe we should give him a break.

Except…I was kinda kidding there. He doesn’t just go make women. He parades the animals in front of Adam and they check them out for a “helper suitable” for Adam.

According to all appearances, Adam — and God, for that matter — seem to seriously be considering bestiality. No, really. I mean, apologists will say that’s not what’s happening, but the Bible clearly states that these animals were parading by Adam as potential prospects.

And creepy, and just plain weird.

Now, I’m reading this, as an atheist, and thinking what kind of messed-up mind could dream this nonsense up. What on earth is the writer thinking? This author is trying to conjure up some basis, some foundation, for the beginning of the entirety of humankind…and he includes a story about Adam and God seriously considering bestiality in their search for a wife. And the wife was just an afterthought. Like, he could have made them all together. It would have sounded fantastical, but it would have been a bit more normal and less fetish-like. Instead, he has this weird passage where the animals are looked at as potential wives for Adam. And Eve was an, “oops — I forgot to make that” for God.

Weird. Unless the writer was a really, really misogynistic asshole who wanted to show that women were a bit of an afterthought and that man had about as much authority over them as he did animals — that, like the animals, women were there to help men (even though they could do it better than most animals — I mean, a cattle can become meat, but can it cook your dinner? No; you need to go get ya a woman for that).

And as if it’s not enough to have the animals prance around while cruising Adam checks them out, the author also has Adam name the animals.

Even the creationists admit that this is a clear power move.

Ken Ham wrote an answer that kinda uncovers this.  For kids! — with a kiddie backdrop and two smiling kids on it and everything:

Now we know that God easily could have named all of those animals. But God was teaching Adam and us a lesson.

You see, as Adam was naming the animals, it became very clear to him that he was completely different from the animals and was a special creation. He was created in God’s very image.

Adam had been given dominion over the animals (Genesis 1:28), and God now provided him with the opportunity to exercise this responsibility in a way which established his authority and supremacy—in ancient times, it was an act of authority to impose names (cf.Daniel 1:7) and an act of submission to receive them.

So…yeah.  The symbolic reason for Adam to be portrayed as naming animals was to show that he was different than the animals — above them. Superior.

Why would you choose to portray Adam as looking for a woman among animals that he’s asserting authority over by naming?

This is just bizarre.

And it’s not even the worst part. The worst part is when Eve does finally come along, Adam names her, too.  The woman doesn’t get to name herself. He has to tell her who she is for her…just like he did with the animals, where it was, according to creationism websites, “a way which established his authority and supremacy — in ancient times, it was an act of authority to impose names and an act of submission to receive them.”

So when he names the woman — that’s a dominance move. That’s showing that man can name women and define her just like he should name the animals. He’s in charge of her the way he would be in charge of cattle — she is his “helper,” as opposed to someone worthy of respect and authority in and of herself.

I know I’m repeating myself a little bit. But in my defense, it’s because it’s just so…outrageous. Just…wow.

Now, I don’t believe the Bible is true. But it bothers me that children are taught, thanks to Ken Ham and the like, that women came from this bizarre story that obviously seems written by creatively creepy asshole.

Maybe it’s time to throw away that worthless fable and realize that women are not in the “role” of being mere helpers for men like some farm animal.

Maybe it’s time to remember that the Old Testament is largely a fiction made by ancient, misogynistic desert dwellers and move on.

[Image via lookcatalog under CCL 2.0] February 10, 2016
Advice For Consuming Leftovers (Or, Thoughts On The Words I'll Leave Behind)
Next Post 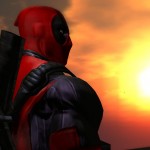 February 12, 2016 Major Christian Website: Christians Can't Watch Deadpool Without Gouging Eyes
Recent Comments
0 | Leave a Comment
"This is nice content. Actually in this world, education is very important for us and ..."
Ajay Kamboj Why do Christians who rarely read ..."
"The essence of the story is that before the eating of the apple, Adam and ..."
Rich Faussette Eve Is My Hero: An Atheist’s ..."
"God's Holy Spirit helps us understand His Word. His written word is the story of ..."
m cormier Four Things CS Lewis Said About ..."
"Once you read the Bible multiple times, you can see it inerrant. Who cares what ..."
Dr. Jerry Fowler Four Things CS Lewis Said About ..."
Browse Our Archives
get the latest from
Nonreligious
Sign up for our newsletter
POPULAR AT PATHEOS Nonreligious
1