Today we move into the Book of Alma.

The stories of Alma Sr. and Alma Jr. are a major focus of the Book of Mormon; If we start in Mosiah 17, where Alma first appears, and count through the end of the Book of Alma, it’s roughly 40% of the entire Book of Mormon, by wordcount. (I generated this using Bibleworks 10, though it is off by a bit, because my electronic text doesn’t include original chapter or book headings. Total Book of Mormon count is roughly 267,000 and Mosiah 17-Alma is roughly 99,400.)
Why did Mormon choose to spend so much time on the period of the Almas, and so little on, say, 4th Nephi? Is it source dependant? (Mormon can’t write what he doesn’t have sources for.) Is it something about the material that Mormon found particularly useful or relevant?

These chapters detail a major change in government, and some aftermath.

King Mosiah shifts the system from one of a single king to multiple higher and lower judges. Although the term is the same, judges in the Book of Mormon are not much like the judges of the Old Testament. There, the role of the judge is largely military leadership, not the rendering of legal decisions. In the Book of Mormon, the judges have more formal legal roles.

Why does Mosiah do this? He has several reasons, some more explicit than others. First, he has no one on whom to confer the kingdom (Mos 28:10). Second, with the return of both Alma’s and Limhi’s people, he’s just seen the evil one bad king can wreak. Mosiah cites him in Mosiah 29:18. But thirdly, Mosiah has also just read the plates of Ether, filled with story after story of regicide, fratricide, patricide, lifetime imprisonment, and war after war, all due to less-then-ideal kings.

Is this new system a democracy? Not really. Yes, it invokes the “voice of the people,” but this is unlikely to be a formal each-person-votes and more probably a local-chief/clan-leader-provides-input. In any case, the role of high priest appears to be hereditary, since Alma jr. succeeds Alma Sr. as high priest in Alma 4:4. With the chief judge, Alma chooses his successor in 4:16. So this is not remotely a modern democracy, but still a system that provides for more accountability and spreads out the power a little. That said, the Book of Mormon is clear that kingship is the best system, provided you are guaranteed good kings. (Mosiah 29:13, 23:8).

Note also that “high priest” appears to be somewhat people-specific. Alma 30:20 says that Ammon was a high priest over the people in Jershon.

Immediately after Mosiah 29, Alma 1 introduces us to Nehor, the 2nd in the unholy trinity of antichrists in the Book of Mormon. The first was Sherem in Jacob 7, the the third will be Korihor in Alma 30. Both Nehor and Korihor have Jaredite names, suggesting the continuation of an older cultural tradition, as Hugh Nibley has written about.

Now, Nehor introduces priestcraft, which should take us right back to Nephi’s definition and Webster’s 1828 dictionary–

PRIE’STCRAFT, n. [priest and craft.] The stratagems and frauds of priests; fraud or imposition in religious concerns; management of selfish and ambitious priests to gain wealth and power, or to impose on the credulity of others.

Virtually all policies have unintended side effects, and this shift from kingship to judges is no different. Gardner says in his commentary,

“In the days of the king, the king could rule against priestcrafts on the power of his position. Under the reign of the judges, they can rule only on the basis of received (and interpreted) law. This shift in the way authority was imposed upon the land of Zarahemla allowed for the continued increase in priestcrafts, while law could deal with specifics such as lying and robbing, or murder.”

Nehor preaches both Universalism (1:4) and, apparently, class division and social stratification, at least for priests and teachers (1:3).  They should, he says, be supported by the people. By contrast, Alma’s priests have day-jobs. They work with their own hands for their support. (Mosiah 18:24, 27:5,  Alma 1:26).
Now, this is not King Noah’s system that Alma Sr. had been part of, wherein the priests appeared to be supported by the king. However, it is also very much not the Law of Moses system. Under the Torah (and I’m simplifying here), the tribes had all been assigned their own land, except Levi. Levites did not have their own land to farm and work. How, then, did they eat? The Levites and priests made their living by the tithes, offerings, animals sacrificed/donated to the temple, and whatever other charitable donations Israelites made to them individually. Technically, then, these priests were supported by the people, but in contrast to Noah’s priests and Nehor’s, Levites had a reputation for poverty. (See Deu 18:1-12).

Once again, there are advantages and disadvantages to the Nephite setup. One disadvantage is this: Priest and teachers were charged with teaching the Torah. This entailed *knowing* the law, being a specialist, which required education and literacy. Those things were not easily acquired.  The Levites, although poor and supported by the people, had the necessary time to study the Torah in order to teach it, because they didn’t spend their waking hours in a field. When, then, did Nephite priests/teachers, who “labor with their own hands” when they weren’t preaching, learn to read and study the law? Are they illiterate priests/teachers? Is the Torah largely oral at this point? (That would still require a good bit of time.) Are these priests of a radically different kind than the Old Testament/Levitical priests who teach Torah and administer the system of sacrifices in the temple?

This is both several hundred years removed from Nephi and the original Israelite context, so there is time for change. However, it’s being written by Mormon from whatever records he has, and Mormon is 400 years removed from a (theoretical) Mosaic/Torah culture. I don’t have an answer to this question, but I do see an application of sorts.

Elder Packer tells the story of a young Bishop in Brazil.

Some time ago I interviewed a young bishop in Brazil. He was twenty-seven years old. I was impressed that he possessed every attribute of a successful Church leader—humility, testimony, appearance, intelligence, spirituality. Here, I thought, is a young man with a great future in the Church.

He will be a bishop for perhaps six years, then he will be thirty-three years old. He will then serve eight years on a stake high council and five years as a counselor in the stake presidency. At forty-six he will be called as a stake president. We will release him after six years to become a regional representative, and he will serve for five years. That means he will have spent thirty years as an ideal, the example to follow, the image, the leader.

Brethren, do you see yourselves in this illustration?

Unless he knew the fundamental principles of the gospel before his call, he will scarcely have time to learn them along the way. Agendas, meetings, and budgets and buildings will take up his time. These things are not usually overlooked.

But the principles are overlooked—the gospel is overlooked, the doctrine is overlooked. When that happens, we are in great danger! We see the evidence of it in the Church today…

It is so important that every member, particularly every leader, understand and know the gospel.

It is not easy to find time to study the gospel. It is harder for the stake president to do it and infinitely harder for the bishop to do it, but it is necessary and it is possible. Brethren must attend the classes as often as they can; bishops and stake presidents should find some way to attend at least a good share of the Gospel Doctrine classes and the appropriate priesthood quorum lessons. – Elder Packer, “Principles” Ensign, March  1985. (I’ve also used this story here.)

In all that time administrating, when will he have time to actually study the Gospel, the scriptures, “learn out of the best books,” and learn the Gospel Topics essays “like the back of his hand”? It’s not during the day, because this Brazilian Bishop is probably “laboring with his own hands for his support,” working 40+ hours weekly at his bakery, accounting firm, farm, etc. So there’s certainly a downside to a non-professional clergy without formal training, and I wonder how this worked in the Book of Mormon, and how this system was arrived at, given how it varied sharply from the Law of Moses they were, in theory, following until 3 Nephi. 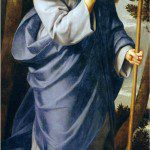 June 25, 2016 BoM Gospel Doctrine Lesson 22: Alma 5-7
Recent Comments
1 Comment | Leave a Comment
Browse Our Archives
get the latest from
Latter-day Saint
Sign up for our newsletter
Related posts from Benjamin the Scribe