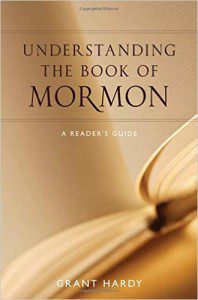 These chapters are the violent dénoument of the Ammonihah story. Grant Hardy cogently points out how this story with Alma/Amulek parallels an earlier story with Abinadi.

Just as Abinadi reprised the role of Moses, so also Alma2 and Amulek at Ammonihah relive the same sort of trial that Abinadi underwent. There are significant common narrative elements, including prophets who start to leave when their words are rejected only to receive a directive to return and deliver a final warning; a dramatic confrontation with the authorities; a challenge to interpret scripture; the deliberate misconstruing of the prophet’s words; imprisonment; a single, named convert who pleads for the prophet and then is himself driven out (Alma1 in the first case and Zeezrom in the second); and martyrdom by fire. Each of these components was selected and integrated into the narrative by the editor, and the parallels are by no means always necessary to the tale— Zeezrom was not nearly as important a figure as Alma the Elder, for example. Rather, the similarities are often indicative of Mormon’s editorial interests.

God once again initiates the parallels by issuing similar commands—“Say unto this people … except they repent I will visit them in mine anger … yea, in my fierce anger will I visit them” (Mosiah 11:20, 12:1; Alma 8:29)—but most of the verbal allusions are provided by the narrator or the characters:

….Once we recognize the parallel nature of the stories of Abinadi at King Noah’s court and Alma and Amulek at Ammonihah, it may come as a surprise that the denouements of the two narratives differ so strikingly (especially if we did not register Mormon’s editorial heading that the latter two prophets would be “delivered by the miraculous power of God which was in them”; headnote to Alma 9). Abinadi, of course, was burned as a martyr, while Alma and Amulek walk unscathed out of a prison that dramatically collapsed around them, killing all their guards and accusers. Such divergent outcomes in narratives that have been told in parallel fashion challenge readers to look more closely for ways in which God’s guidance of events is nevertheless constant.- Grant Hardy, Understanding the Book of Mormon- A Reader’s Guide, 161-2.

As I teased in the previous post, I think Alma responds very directly to the question posed by Antionah, wherein he paraphrases and interprets Genesis 3:24.

What does the scripture mean, which saith that God placed cherubim and a flaming sword on the east of the garden of Eden, lest our first parents should enter and partake of the fruit of the tree of life, and live forever? And thus we see that there was no possible chance that they should live forever. (Alm 12:21 BOM)

First, however, I should say this. What follows is largely speculative, I’ve never written up a lengthy argument to test it, and it depends upon a central aspect of the Israelite temple liturgy remaining among the Nephites. That element forms the central tie that “goes without being said” between Antionah’s question and Alma’s eventual discourse about high priests and Melchizedek, which must flow in some logical fashion. (We tend to read Alma 13 as a stand-alone General Conference  talk on priesthood, but that’s decontextualizing.)

Also, before I explain that, I want to call attention to something. If we can extrapolate from his question, Antionah seems to read Genesis 2-3 as a historical description. (I may be wrong, or oversimplifying, or overreading.) Most of us would call this “literal” which is a problematic term, part of a problematic binary of terms (see my posts here, here, here, here, here… . But does anyone who reads Genesis 2-3 “literally” think there is an actual tree or trees somewhere in earthly geography which could grant immortality, and is protected by a flaming sword and angels?

So, Antionah says, “we can’t get past the guardian figures to access the tree.” And Alma’s response eventually is to talk about high priests and Melchizedek. Why? The data are somewhat messy, but let’s restate.

1) Alma discusses the resurrection, inserts his verse about mysteries, and moves on to Adam, Eve, and the Fall.

2) Evil lawyer asks, but how can one get past the cherubim (i.e. the guardian figures) and partake of the tree of life?

3) Alma explains that he was just getting to that, and continues with Adam, Eve and the (two?) trees in the garden, and the angels that visited them after they were expelled.

4) Alma moves on (in chapter 13) to talking about priests and Melchizedek, the pre-mortal existance, and the “holy order” (which was one phrase among others that JS and the early members used to refer to the Temple ordinances.)

5) Having talked of priests and the holy order which Melchizedek was part of, Alma says

Wait, what ordinances? Unless we take paying tithing to be an ordinance, I think he’s referring back to the ordination as priests in v. 8-9. (According to Exodus, this was done by going into the temple complex, being washed, anointed, clothed in priestly robes, and having one’s hand filled.)

Now, Alma doesn’t explicitly say so, but he has answered the lawyer’s question. Who ritually passes by the cherubim and reenters the Garden of Eden where the tree is located? The Israelite (and Nephite?) high-priest. Once a year, he ritually undoes the fall and walks back past the cherubim into the garden/holy of holies. See Parry, Donald W. “Garden of Eden: Prototype Sanctuary.” In Temples of the Ancient World, edited by Donald W. Parry, (Salt Lake City, UT: Deseret Book, 1994): especially the picture on 134-35.

Admittedly, these connections are loose and not without problems (such as the conflation of different kinds of priests.) However, I find that them plausible for one particular reason. Alma’s shift to discussing Melchizedek and priesthood always seemed very non-sequitor to me. However, if I view his discussion in terms of the temple, it seems to be a natural and scriptural way to respond to the lawyer’s question.

Lastly, I applied to the Mormon Theology Seminar this summer, which was working on Alma 13. (I have low expectations of being accepted again, since I participated a few years ago, on Genesis 2-3.) The application required writing a short analytical piece on Alma 13:1 which includes some unusual language and phraseology. I make mine available to you here, in case you find it useful how I approach such a thing. I was very limited on time and space, but it may have some new ideas for you.

July 3, 2016 BoM Gospel Doctrine Lesson 25: Alma 17-22 (Draft)
Recent Comments
1 Comment | Leave a Comment
"I just completed reading your paper The Israelite Roots of Atonement Terminology. Thank you for ..."
Minette Ngalu Gearing Up For Isaiah
"Even if the Gospels are eyewitness accounts, they are definitely not reliable sources. See here:https://lutherwasnotbornaga..."
Gary M Brief NT Introduction and Gospel Doctrine ..."
"Ben. A couple of comments on your references: ANYTHING by Raymond Brown is excellent. The ..."
CalSailor Virtual Sperry Fireside On Reading the ..."
"This is a great move! Looking forward to using your new website ."
DeAnn Spencer We’ve moved!
Browse Our Archives
get the latest from
Latter-day Saint
Sign up for our newsletter
Related posts from Benjamin the Scribe